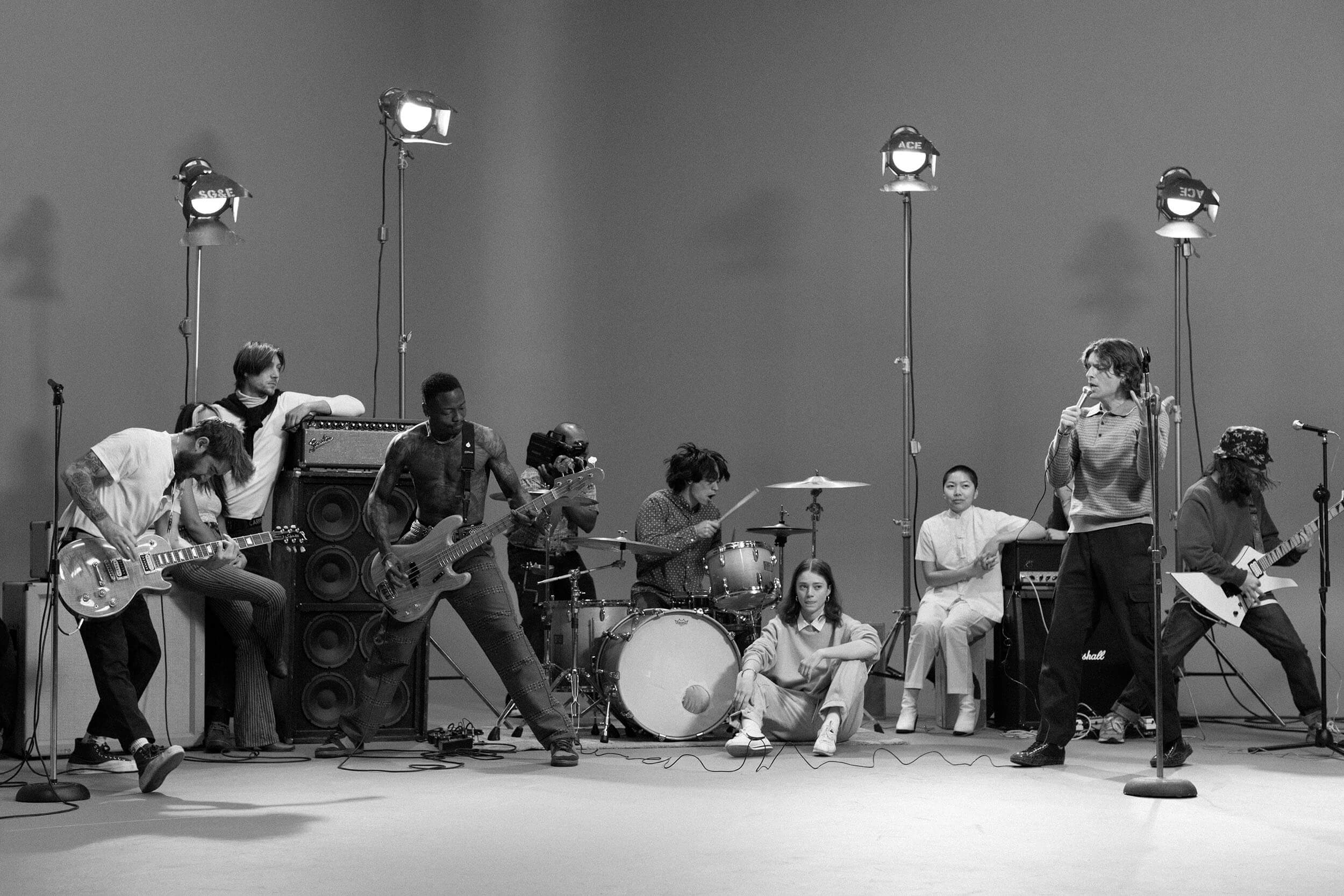 Lovers of hardcore punk (but also indie rock?), Turnstile is back and they’re dropping a brand new album.

Following the release of their newest (and all around fantastic) EP, ‘TURNSTILE LOVE CONNECTION’, the angsty and undeniably incredible Turnstile, made up of:  Brendan Yates (Vocals), Franz Lyons (Bass/Vocals), Brady Ebert (Guitars), Pat McCrory (Guitars), and Daniel Fang (Drums), have made their triumphant return back to the scene and we’re honestly really excited to see what they have up their sleeves for this upcoming release.

The new album, which is confirmed to be titled ‘GLOW ON’ is the follow-up to their previous release ‘Time & Space’ released in 2018. While the band is well known for their hardcore punk roots, with face paced riffs, loud vocals and “in your face” tones overall – there is speculation as to whether or not the band is taking a new direction with their sound. ‘TURNSTILE LOVE CONNECTION’, while still including components of their OG vibe,  and although it is still enjoyable – the release is more along the lines of “experimental” rather than “hardcore punk”. Their newest single, “ALIEN LOVE CALL (ft. BLOOD ORANGE)” also plays into the experimental speculation.

Regardless of the direction of the upcoming album, it is without a doubt that Turnstile will drop yet another banger of an album and we can’t wait to see what they have in store for us.

‘GLOW ON’ will be available everywhere on August 27. Stream “Alien Love Call” now below.