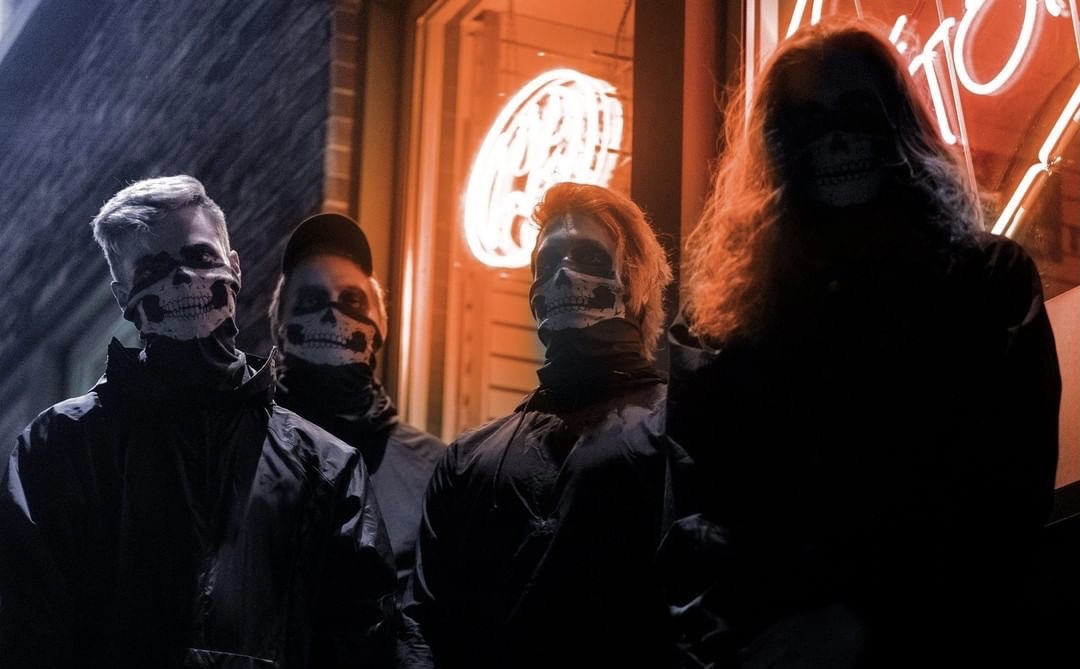 Rising deathcore outfit As Lions and Lambs dropped a surprise new single this past weekend to close out the year titled “Something To Feel”. The track is band’s first release since their crushing EP ‘Misery Season’ that dropped earlier this past year and continues the band’s sonic evolution and sound pallet and showcases their willingness to expand past their comfort zone to create intriguing and gripping music outside of their own genre’s boundary lines.

“Something To Feel” is an emotional curveball for listeners of the band, sonically nesting itself firmly somewhere between that of a post-hardcore power ballad and full out deathcore devastation by its climatic final moments. Driven by an ambient atmosphere and rhythmic programming, the track puts extra emphasis on vocalist Matt McNamara’s powerful performance, showcasing his signature range of screams and experimenting with trap metal deliveries in it’s verses. McNamara’s connection to the song’s lyrics is evident from first listen and comes to life in the song’s soaring chorus and breakdown, pouring every ounce of his being into the track.

The single is weighty beyond it’s instrumentation, with incredibly transparent lyrics touching dark subject matter detailing the mental health struggles McNamara has faced in the past decade of his life with self-harming, his divorce, abandonment by a close friend, and the loss of his father, who was suffered from a severe alcohol addiction and committed suicide. Written during a time in which he harmed himself in an attempt to just simply feel something after being numb to his own pain and emotions, the song is a cry for help when he felt almost hopeless and desperate for the answers to his questions and healing from his pain. It’s an incredibly vulnerable track that hits the listener  right in the gut as it reaches its final moments with “there’s nothing left to feel” being repeatedly screamed over a pulverizing breakdown.

“Something To Feel”, on top of being one of the band’s best and most intense tracks to date, also releasing alongside a music video that sets the tone for the track’s weightiness with a dark red and purple aesthetic and the appearance of As Lions and Lambs’ signature skull masks.

Watch the official music video below for “Something To Feel” via the Beheading The Traitor YouTube channel and watch the in-depth story behind the song here.

If you or someone you know may be considering suicide, contact the National Suicide Prevention Lifeline at 1-800-273-8255. There is hope. You are loved. You have a purpose.