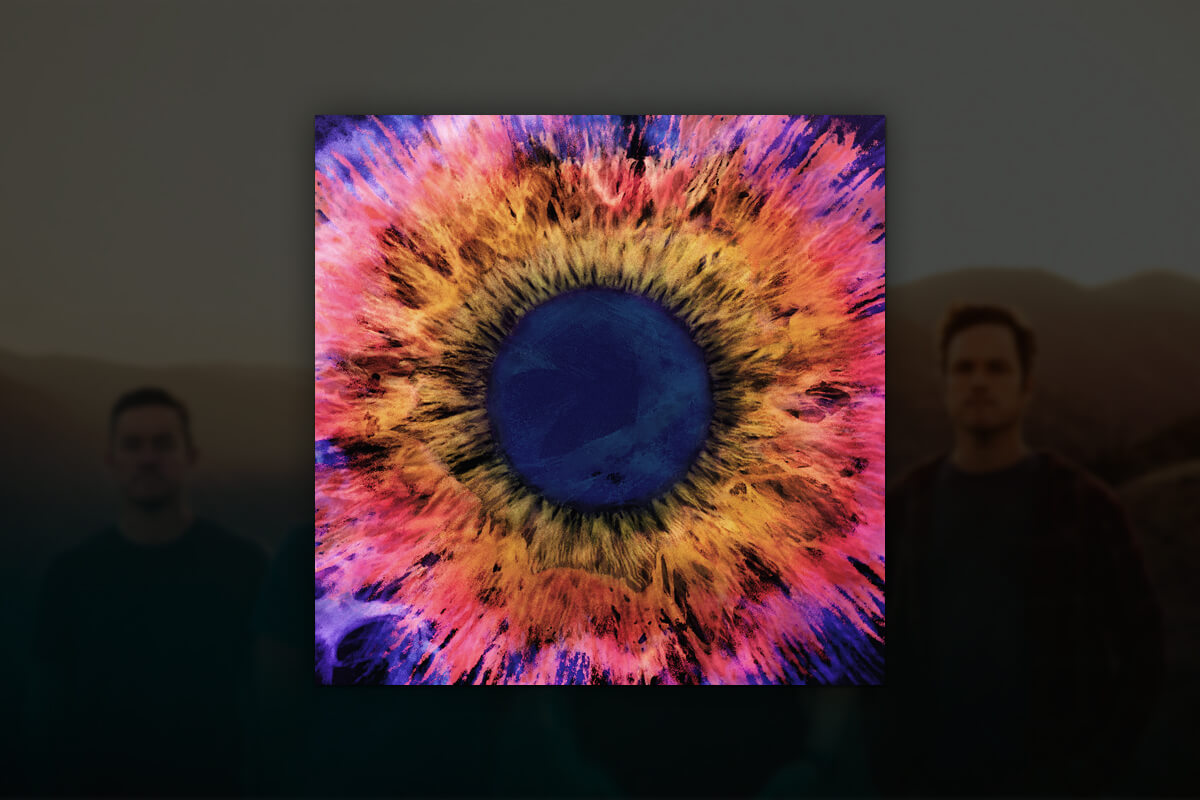 Veteran California post-hardcore outfit Thrice have returned with their 11th full-length studio album ‘Horizons/East’. The record is one of the band’s finest works to date, a vessel full of artistic expression and creativity that was entirely self-produced and recorded in the band’s own New Grass Studio during the Covid-19 pandemic and lockdowns. The record focuses on the themes of interrelatedness and human perceptions of oneself amid chaos as a neverending phenomenon, a concept frontman Dustin Kensrue explores firmly and approaches with a rekindled situational awareness and attentiveness. ‘Horizons/East’ kicks down doors to new frontiers for the group, continuing the band’s everchanging sonic evolution with a renewed and raw aggression and broad genre pallette, dialing in a heavier and harder-edged guitar driven sound following the mellow spiritual exploration of 2018’s ‘Palms‘. It’s a record guaranteed to please fans of all eras of the band’s sonic development and yet is one of the most cohesive and coherent albums Thrice has released to date. 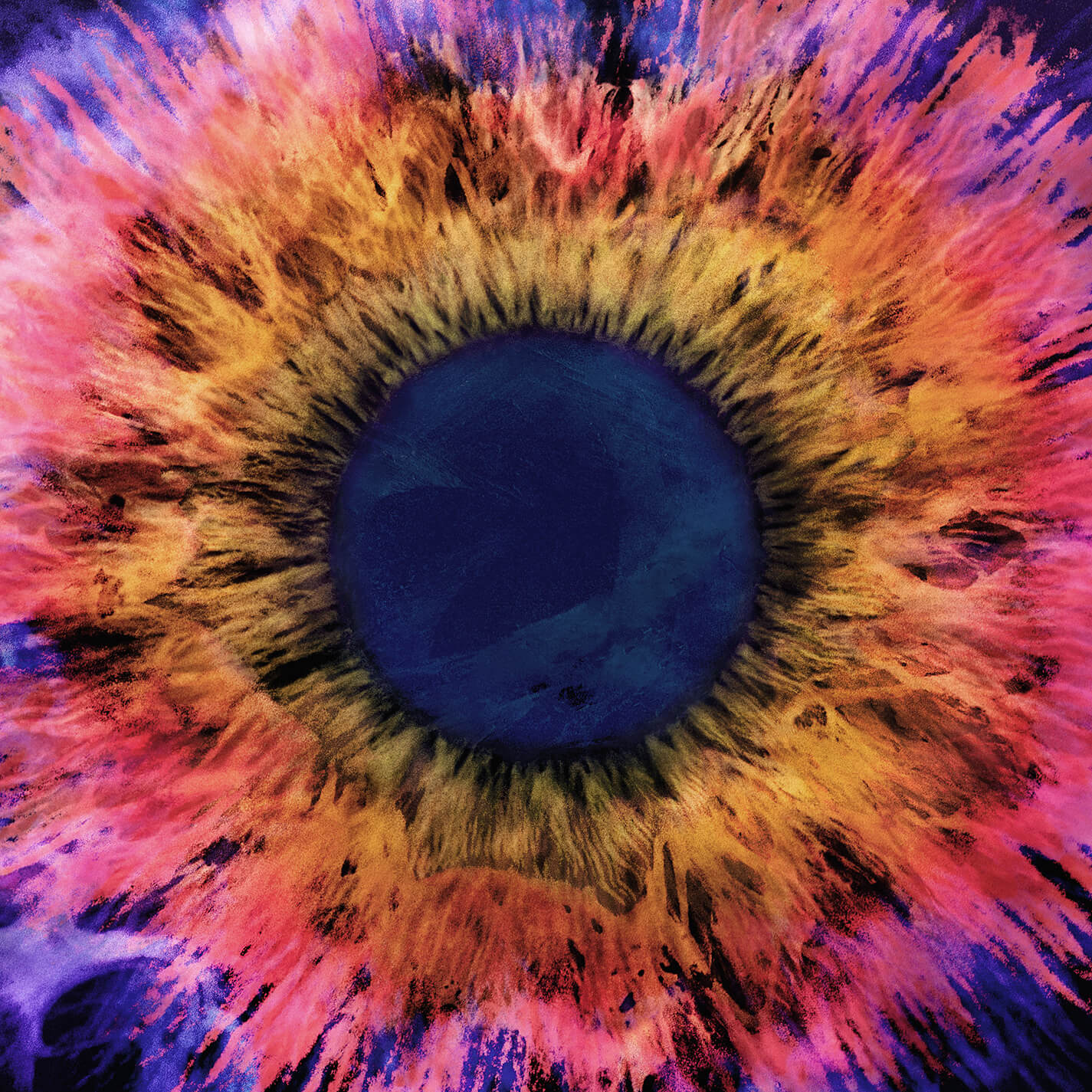 Dustin Kensrue looks forward to the future with a hint of uncertainty as “Color Of The Sky” opens the album on an adventurous note, reflecting on the past with childlike wonder looking at the path he has treaded to get to the present day. Led by warbling synths and a tense atmosphere with driving drums and an incredible bass performance from Eddie Breckenridge, the track propels forward in an intriguing and engaging manner, instantly grabbing the listener’s full attention and peaking curiosity. The song’s production is breathtaking, dense with layers of synthesizers and guitars as it comes to life with a dream-like sense of reality and explodes into a cinematic climax.

Roaring guitars sear through the mix on lead single “Scavengers”, cutting like a buzzsaw over 7/4 timed drums in the chorus and tempo changes. Teranshi’s lead-work shines on the track, with an entrancing solo over a hazy atmosphere as Kensrue questions the discernment of people with toxic worldviews around him and challenges difficult situations those who are trapped in a fear of the future put themselves in and face eternal conscious pain due to information that seeks to destroy bonds rather than mend them. It’s a fantastic track and an absolute earworm that instantly gets stuck in the listener’s head after just a couple listens.

The Jazz-infused “Northern Lights” converts the Fibonacci sequence into a guitar riff in a standout moment of guitar ingenuity from Teppei Teranshi over tempo-changing bass grooves and off-kilter drum beats. It’s one of the most unique tracks on the album that constantly changes throughout it’s runtime, being led primarily by pianos and quartal guitar chords and puts Thrice’s experimentation on ‘Horizons/East’ on full display. Thematically the song ties back to “Color Of The Sky”, lyrically holding out for hope and looking at the future in a positive light.

The slow-burning cuts “Still Life” and “Dandelion Wine” lean even further into these aforementioned jazz influences, with perfectly produced bass performances from Breckenridge driving the tracks, layered by ambient overdriven guitars. The former leads into a dissonant and chaotic instrumental break after the chorus, giving the track an unsettling and off-putting while intriguing vibe upon first listen. The track drones and slowly explodes into a beautiful single coil guitar solo with post-rock influences throughout the entire guitar performance. It’s one of the most underrated and best tracks on the album and among the biggest growers upon repeated listens. The latter has a retro feel, as it’s dark, distorted guitars drone and build into an epic and satisfying heavy breakdown when the track’s synth backing and vocal delivery intensifies. Both tracks have dream-like qualities with ominous and tense atmospheres and hints of nostalgia.

The charging post-hardcore single “Summer Set Fire To The Rain” is Thrice firing on all cylinders doing what they do best, instantly hitting with classic Teppei-style riffage and a ripping guitar tone. The chorus is among the strongest of the record and the track builds to an incredible climax. Dustin’s screams also make a return for the first time in several years during the track’s breakdown, ramping up the song’s intensity before dying down into an stripped-down ending with overdriven lead guitars and uneasily delivered vocals.

The song’s repeated title and hook has become that of a mantra for the band in recent times, as Kensrue profoundly states that the phrase is a poetic and meaningful one. Raindrops coming down from the sky can actually be visually beautiful when looked at from a certain point of view, but in the same way, can ruin your day and have you worry about getting wet. It’s a track about perspectives and one that perfectly ties up the thread of interrelatedness on the album, with the epiphany that social media platforms only amplify what already exists and it’s tension consists of misunderstood statements and projecting them in the form of incoming data. The lyrics emphasize how important perception is to mental health and to growth as human beings and society as a whole and how social media effects it.

The wall of raging guitars continue on the self-reflective track “The Dreamer”, thrust forward with a spoken word-esque vocal delivery in the verse as Kensrue ponders the human condition. The song boasts one of the strongest and instantaneously catchiest choruses on the album that will have listeners singing along word-for-word before the first listen of the track is even over. The Fugazi-inspired political cut “Buried In The Sun” takes on America’s military-industrial complex and penchant for legal bullying and the toll it takes on Its own citizens when it’s involvement in the terror trade is acknowledged. It’s a short and repetitive track, but ties in thematically and sonically with the rest of the album and its topic isn’t one that is spoken about specifically often in the genre.

The experimental track “Robot Soft Exorcism” pulls imagery from the closing scene of 2001: A Space Odyssey, written from the perspective of a human operating a giant robot as a vulnerable figure attempts to address and reason to the fellow human inside that feels trapped in the robot from below. This character gives a calls to action the man inside the robot through the lyrics of the song, “There’s another way to face the unforeseen/You don’t have to stay inside of that machine/There’s a bigger game and there’s a deeper dream/You don’t have to stay inside of that machine”. The story in the song is a metaphor for the currently fragile state of humanity and it’s initial distinguishment and eventual withdrawal from harmful and destructive systems and from those who inhabit them in an ever-evolving technological society. Inspired after a conversation Kensrue had on his podcast ‘Carry The Fire’ with close friend and author David Dark, (who coined the term the track is named after) on the subject alongside personal experiences Dustin has had in recent years with organized religion and legalistic worldviews.

It’s one of the most lyrically and musically intense and engaging songs on the record, beginning with a roboticized rhythmic beat that almost feels alive and breathing, with a pulse in a ⅞ time signature. The track is entrancing, luring the listener in with its perplex and peculiar atmosphere as it’s repetitive looping beat builds into real drums and unsettlingly beautiful guitar licks before erupting into an emotional chorus as Dustin urgently pleads with the listener to hear him out and help people struggling in the toxic environments they feel stuck in. The entire song is a thrilling and enthralling listen as it’s looping chorus lines and instrumentation lodges itself permanently into the listeners’ brain, with the chorus being consistently stuck in my head since I first heard it weeks ago as a single and already being one of my favorite Thrice tracks to date.

The piano driven “Unitive/East” closes the album on a majestic note, sounding straight out of a cathedral on Sunday morning. Vocals reverberate heavily on the track, as the album ends in suspended echoes and a cavernous atmosphere. The song contains a lyrical nod to fellow philosophical post-hardcore group mewithoutYou at its beginning, leaving a fun easter egg for dedicated fans. The track’s final moments will have you longing to play the record all over again, a rare feat in today’s streaming landscape and age of instant gratification, a concept that ‘Horizons/East’ defies, as every single song builds and then erupts into satisfying grandiose crescendos that reward those who patiently invest and wait with intrigue.

‘Horizons/East’ is a masterpiece, a work of art worthy and deserving of all recognition, an incredible display of impressive musical prowess and creativity from all four members of the band, exemplifying the interrelatedness of our current situations with a sense of awareness and self-reflection that drips from every word sung on the album. It’s easily the band’s best record in a long time and a mesmerizing record full of inspiration and innovation as it takes its place as one of the best albums of 2021.

This is a must-listen album for all music lovers.