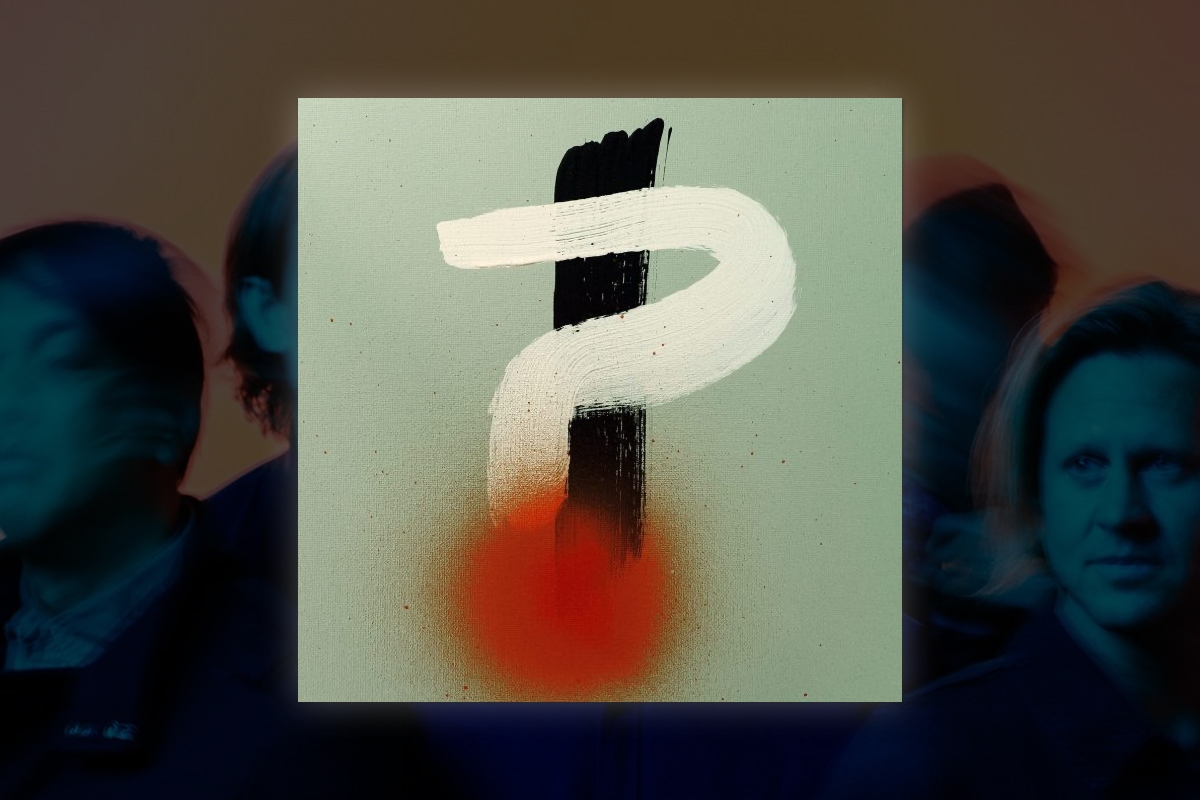 To start this review, I’m going to make this clear, Switchfoot is my favorite band of all time. That said, the last decade of records from the band have been relatively hit or miss, ever since 2011’s ‘Vice Verses’, it felt like the band lost their authenticity and identity musically, putting out the commercialized pop records ‘Fading West’ & ‘Native Tongue’, the latter being the band’s most uncohesive and messy album to date, chasing now dated trends and co-writing with OneRepublic, which ultimate caused the band to lose me for a bit and I seriously questioned if the band would ever put out a full rock album again. 2016’s ‘Where The Light Shines Through’ was better, but still chased a dull CCM audience and felt lackluster compared to what was expected from the group. So to put it firmly, the band has been in a downward spiral with their albums since 2012 and absolutely nobody saw them coming back with one of their best records to date when they’re approaching 25 years as a band and on their 12th full length studio album, but sure enough, that is exactly what Switchfoot did.

‘Interrobang’ is full of progressive experimentalism, driving guitars, complex song structures, and impactful and personal lyricism and an outpouring of emotion and noticeable authenticity that has been missing from the band’s last decade of releases. It’s easily a top 5 album from the band, hardening back with a fresh new spin on sounds previously explored on ‘Oh! Gravity’ and ‘Vice Verses’ with lasting hooks and incredibly production. The album was produced by Tony Berg (Phoebe Bridgers, Paul McCartney), in Sound City Studios, marking the first album in over a decade to be recorded outside of the band’s home studio. For the first time since 2011, the band has an untapped sense of originality and creative on an album, revitalized with the best and most intricate production and layering the band has had since 2009’s ‘Hello Hurricane’.

‘Interrobang’ opens with “Beloved”, one of the most musically intricate and unpredictable songs Switchfoot has released to date, with key changes and major 7th chords in just the chorus alone. Upon my first listen of the album, the first overdriven chord strike electrified me in a way no song has done in a very long time, instantly surpassing all expectations I had for the record as a rush of dopamine hit my brain from the realization that this album is the album that I have been waiting for Switchfoot to release for years now, the track is my favorite song the band has put out since 2011, longing for community and love in a fractured world amidst disagreements and conflict. It’s arrangement has a slight tension to it, directly inspired by conflicts between frontman Jon Foreman and producer Tony Berg, with Jon belting “I still don’t think I’m wrong” during the final chorus of the song, searching for truth through ignorance and confusion. It’s the best opener they’ve ever released and a standout track from the record.

The off-kilter single “Fluorescent” brings a fresh new take on the band’s signature sound, with a wall of fuzzed out guitar tones and one of the most unpredictable song progressions the band has ever released. The track is an intriguing one lyrically, detailing the slow demise of a moth outside of a gas station window as it struggles in a futile attempt to reach the glow on the other side of the window pane, relating the situation to that of the constant hopeless pursuit of meaning and purpose and acceptance through the glow of screens and technology that everyone chases, questioning which endeavor is truly more ridiculous in a way only Foreman could lyrically relate the two.

Indie rocker “If I Were You” is one another of my favorites, harkening back to 2006’s ‘Oh Gravity’, with one of the catchiest choruses on the record as Tim Foreman’s bass grooves and  Jon’s unconventional chord progressions take the spotlight. The track longs to see the opposing side in an argument, posing the question “if i were you and you were me, would be still be doomed to disagree?” in a poignant statement that perfectly sums up the past 18 months of our lives.

The Pheobe Bridgers influenced “The bones of us” instantly puts the listener in a trance, feeling like the audio adaption of a dream-like state. Lush clean guitars and chilling piano chords set the tone of the track, with a sense of euphoria as Foreman emotionally delivers the song’s heartbreaking and tension-filled lyrics. Documenting a close relationship that’s tearing at the seams as skeletons in the closest grow unspoken tension over time as both sides are in a sense, selfishly fighting for each other while fighting for themselves. Subtle changes in the song’s instrumentation appear in each section of the track, making the song one of the most intriguing on the album. Mellow rock track “Lost ‘Cause” echoes a similar sentiment.

The mysterious lead single “I Need You (To Be Wrong)” is the audio representation of a selfish argument, inspired by the story of Jekyll & Hyde and according to Jon, was birthed from a season of personal friction. Brooding acoustic guitars and Radiohead-esque instrumentation over The Beatles-like vocal melodies paint the track’s unique setting alongside immaculate production and arrangements that create incredible experience for headphone listeners and are a testament to Berg’s production genius. The song sums up the core theme of the album perfectly, random lines about pirate ships and fish lips aside. The similarly unsettling and war-trodden “Wolves” is the most experimental track Switchfoot has ever released to date, led by 15 year old monotone demo vocals and confusing polyrhythmic instrumentation building tension and perfecting the disturbing atmosphere of the track. Written in Berlin while on tour, “Wolves” is inspired by the mental illnesses caused by war and it’s weighty legacy on “the grey city” as it stands today, making it one of the most intriguing tracks on the album.

Energetic rock tracks “Splinter” and “The Hard Way” bring waves of 90s alternative nostalgia with the best drum performances on the record, with the latter being recorded with chopsticks according to Chad Butler. The former’s lyrics are perfectly emphasized by the dissonant guitar work throughout the track, grappling with uncertainty and panic attacks during sleepless nights that Foreman faced during the lockdowns, questioning his own sanity and realizing the fragility of his own mental health in one of the most vulnerable moments on the record. Both songs have some of the most unexpected and beautiful moments of the album, with a sudden dream-like ukulele bridge in “Splinter” and “The Hard Way” opening with majestic acapella harmonies. Both songs explode into heart-pounding catchy choruses and epic crescendos  injecting bursts of energy into the album at the perfect times.

Unfortunately despite the absolutely incredible peaks of the record, ‘Interrobang’ isn’t perfect, with exhibit A being the previously mentioned “Lost ‘Cause”, which never fully reaches its potential with its simple four chord structure, and likewise is the case with the brotherly duet “Backwards In Time”. The track feels slightly out of place on the record with a whiplash effect after “Wolves”, contrasting the unsettling dark soundscape with upbeat acoustic instrumentation. The song’s hook however is an instrumental interlude played in reverse in one of the coolest moments of the album, despite the song itself being lackluster in context overall. Fortunately, neither track is bad in the slightest, just underwhelming and mostly forgettable compared to the progressive and intriguing qualities of the cuts on ‘Interrobang’.

The 80s influenced “Electricity” closes the album on a positive note, longing for embrace and personal connection in a lonely world filled with distractions and technology. It’s a decent closer, but the song’s production sounds like a vinyl being played on blown out speakers, which was an intentional artistic choice, calling back to memories the band had as kids listening to records, but definitely feels jarring upon first listen on the album. The song does however end on a fantastic note with frequent collaborator and multi instrumentalist Keith Tutt III on the cello bringing the album to a satisfying theatrical conclusion that calls back to the opener “Beloved” when played on loop. “Electricity”’s lyrics tie up loose ends from its preceding tracks thematically, emphasizing the beauty of meeting someone as they are and spending time with them and is a fitting end to an album all about embracing the “other” in an argument.

‘Interrobang’ is a record unlike anything I’ve ever heard, an album that is definitively Switchfoot and one that nobody else could make, fluidly inspired by a wide array of influences ranging from Radiohead to The Beatles and Beach Boys to even a little bit of new wave, It’s an album that just gets better for me with every single listen, with “Beloved” and “If I Were You” already up there as some of the best songs the band has ever released, which is an astounding accomplishment for a group who has almost 200 released songs and an incredibly consistent stretch of albums in for the better part of a decade in the 2000s. It feels authentic and intentional, focused on artistic expression and creating a meaningful masterpiece out of the pain and confusion and division of the past year and a half of our lives thanks to prolific songwriting from Jon Foreman and an outpouring of passion that resonates from every note played on the record. The album is a massive step forward for the entire band as a whole and offers satisfying resolution and semblances of realistic optimism amidst its own urgent bleakness and fear. It’s an incredible record and a must listen for any fan of alternative music.

Switchfoot’s 12th full-length album ‘Interrobang’ is available now on all streaming platforms via Fantasy Records/Concord Music Group. Watch the music video for the new single “Lost ‘Cause” below.