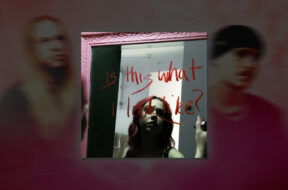 July 18, 2022
Mathew Abraham
Sydney alternative underdogs Yours Truly return with their brand new EP ‘is this what i look like?’, which is their first release since their debut album ‘Self Care’ in 2020. ‘is this what i look like?’ is a nice change of pace for the band as they progress into a more mainstream and alternative sound, but […]
Read more

January 27, 2016
Kat Tanaciev
It’s been four whole years since Basements last album Colourmeinkindness was released. After a hiatus in 2013 and a three song EP in 2014, Basement is back at it with Promise Everything. Greatly reminiscent of their last EP Further Sky, Promise Everything is equal parts catchy choruses and aggressive melodies. Even with a four year […]
Read more

Good Charlotte is back and teasing new music

November 3, 2015
Alex Lizette
Good Charlotte has teamed up with Alternative Press to announce their comeback. Throughout their 20 year career, the punk band had released five full albums. Brothers Benji and Joel Madden then released the full length album, Greetings From California in 2014 under the duo name, The Madden Brothers. They also took part in producing and co-writing with bands […]
Read more