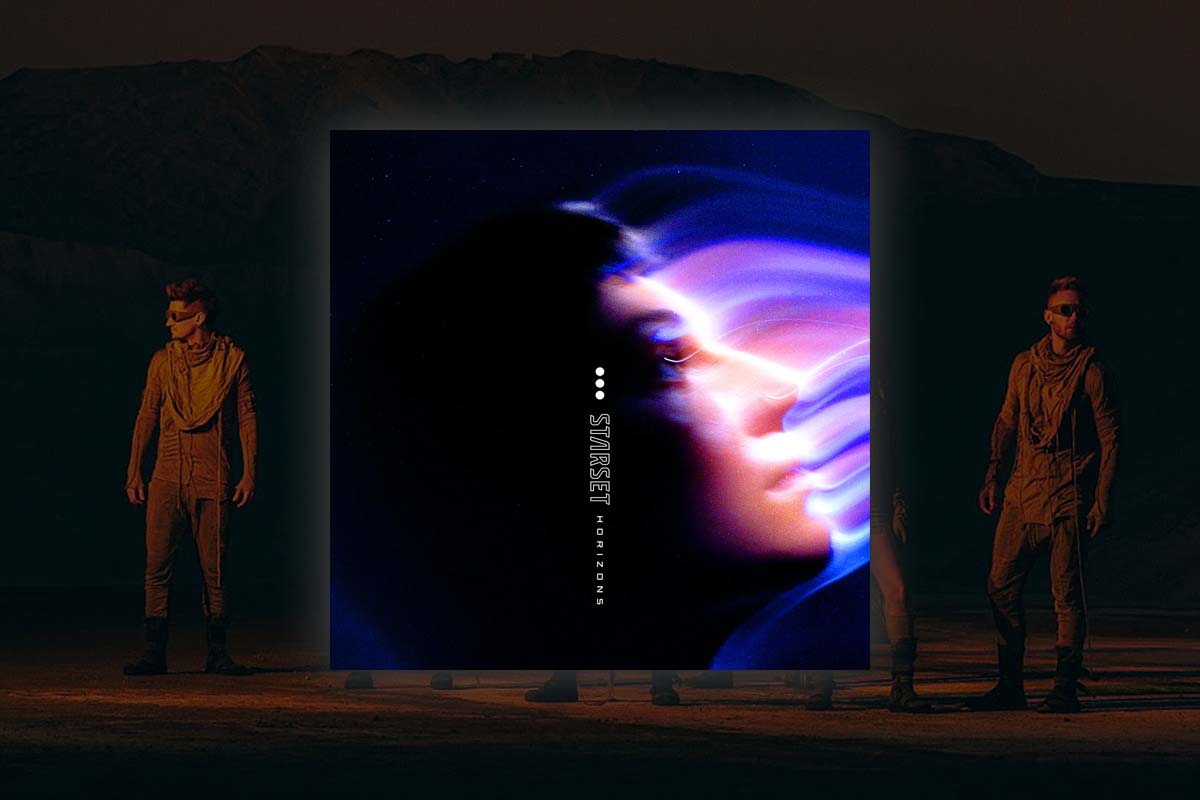 After moving further and further into the realm of electronic rock/metal with each release, STARSET takes a step back on ‘HORIZONS’ and brings back the cinematic, conceptual sound of their former years. Although this record feels like a natural progression, the addition of orchestration and theatrical interludes similar to what was present on ‘Transmissions’ brings a refreshing combination to the sound of STARSET. ‘HORIZONS’ acts as the perfect intervention of their progression with a return of their previous elements and concepts.

Mixing their new electronic style with their old cinematic theatrics, ‘HORIZONS’ is a brilliant blend of orchestral composition and programmed synthesizers. In tracks like “ALCHEMY,” the verses are dominated by pulsating bass and synths full of groove while the choruses erupt with dramatic orchestration filled with emotion and power. This dynamic flows fluidly throughout the record, forming a balance between the modern electronic structure of ‘DIVISIONS’ and the theatrical, cinematic rock of ‘Transmissions.’ With ‘HORIZONS,’ STARSET continues to delve deeper into the heavier elements of their last record, crafting groovy, aggressive riffs throughout the record. “ICARUS” and “DEVOLUTION” are saturated with intense guitar work, deep basslines, and driving drum chops that elevate these tracks as some of the heaviest among STARSET’s discography. Even the more melodically focused songs like “THE BREACH” and “LEAVING THIS WORLD BEHIND” integrate more metal-centric elements by including breakdowns and riff grooves that are rather unique to the band’s sound. However, despite the increase in aggression, there are still several moments of pure melodic beauty. Songs like “DISAPPEAR” and “SOMETHING WICKED” slowly progress from softer verses into an explosion of epic choruses and beautifully constructed bridges. Throughout ‘HORIZONS,’ STARSET manages to seamlessly transition between melody and aggression while keeping the flow of the record intact and entertaining.

As with their other albums, ‘HORIZONS’ follows a lyrical concept on the synthetic methods of escaping one’s own reality. With each track, listeners follow a story filled with pain, love (or broken love), triumph and descent, progress and regression. The story revolves around the idea that there is technology to escape your life and live someone else’s. With the initial cries of “Follow me!” in “THE BREACH,” the technology feels captivating and delightful. However, as the story progresses, and as each interlude of the tracks gathers a more solemn tone against the concept, more is revealed that is detrimental to human society. With references to mythological disasters as in “ICARUS,” the technology’s flaws begin to shine through as something that only leads to catastrophe. With the final calls for anarchy against the “INFECTION” and what would be classified as “SOMETHING WICKED,” STARSET paints a dramatic picture of revolution against what was once praised as an escape.

The combination of the dramatic story and the equally impactful musical composition crafts a record that highlights itself as one of the best in the band’s discography. With ‘HORIZONS,’ STARSET manages to take all of their best elements from their last several outputs and put them into a cohesive format. With this record, STARSET has established themselves as one of the best cinematic electronic rock/metal artists in the industry.

tags: 2021 Album Review Horizons starset
previous Every Time I Die in Their Prime is "Radical" (Review)
next The Used- Heartwork (Deluxe): Album Review