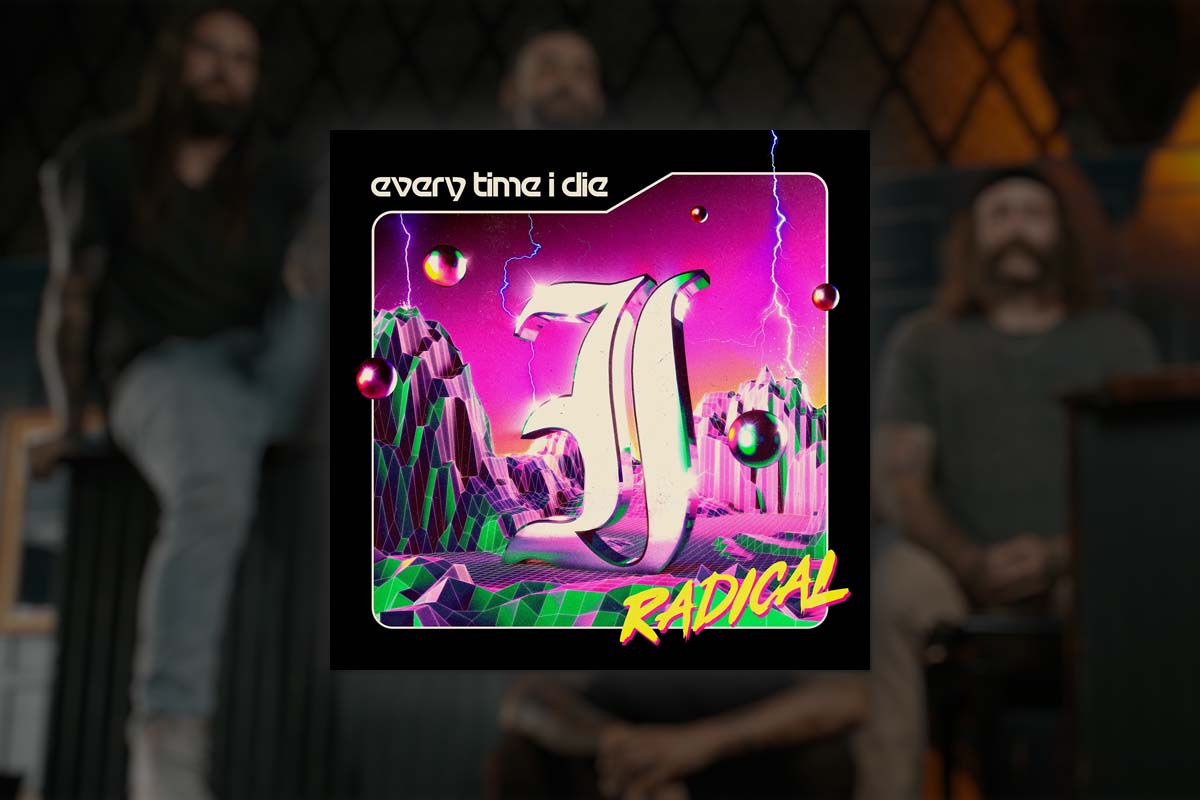 After over two decades and eight albums into their careers, most bands usually start to feel the effects of redundancy and uninspired rating and begin to fall off the peak of their former years. However, Every Time I Die defies that trend and continue to push and progress their sound with their ninth record, ‘Radical.’ Although continuing the same musical composition of their last several records, Every Time I Die manages to craft yet another fresh and entertaining album that matches the intensity of their previous years.

Following the style of their recent outputs, Every Time I Die continues to masterfully craft tracks of brutality and aggression contrasted by melody and groove. With no shortage of riffage, the guitar work throughout ‘Radical’ has a southern metal technicality with punchy breakdowns and impressive melodic chord progressions. From the blistering speed of “Planet Shit” to the harmonies of “Things With Feathers” to the hardcore riffs of “We Go Together,” Every Time I Die integrates a multitude of guitar styles into ‘Radical’ to create a diverse experience throughout. Alongside the guitar work, capturing the groove in all its glory, is the fantastic drumming dispersed within the record. Combining quick drum fills and two-step grooves, ‘Radical’ flows seamlessly from track to track with varying styles and rhythms that complement each other.

‘Radical’ shows Every Time I Die at both their heaviest and most melodic in their discography. The intensity behind “Distress Rehearsal” and “The Whip” prove to be some of their most ferocious tracks with tremelo picked riffs, non-stop drumming, and abrasive harsh vocals throughout. However, on the contrary, “White Void” and “Things With Feathers” integrate catchy hooks and soaring melodies that paint a portrait of beauty amidst the aggression of the rest of the record. This contrast of melody and heaviness provides the perfect balance of sound throughout the record, resulting in some of the best pacing in Every Time I Die’s career.

With the world in unrest and upheaval, much of the record focuses on themes of human decency, self-worth, and spirituality. The line “You got an atheist praying for judgement day” in “Desperate Pleasures” summarizes the entirety of ‘Radical’ lyrically. The lack of humanity and abundance of evil in the world leads even those who aren’t religious to pray for days of religious judgement to attend to the world’s evils. However, the power and emotion behind such lyrics lies in the performance of Keith Buckley. Swiftly moving from abrasive shouts and screams to beautifully sung harmonies, Buckley shows off his impressive range throughout the band’s ninth album. Alongside this, features from Andy Hull of Manchester Orchestra and Josh Scogin provide additional depth to “Things With Feathers” and “All This And War” respectively, accentuating those tracks with their own flair.

As a whole, the combination of musical proficiency, lyrical composition, and record flow elevate ‘Radical’ as a highlight in the discography of Every Time I Die. Without a rough spot in the record, neither faltering from pacing or engagement, ‘Radical’ flows along fluidly with an immense amount of replay value. Despite being over two decades into their career, Every Time I Die very much seem to be in their prime.