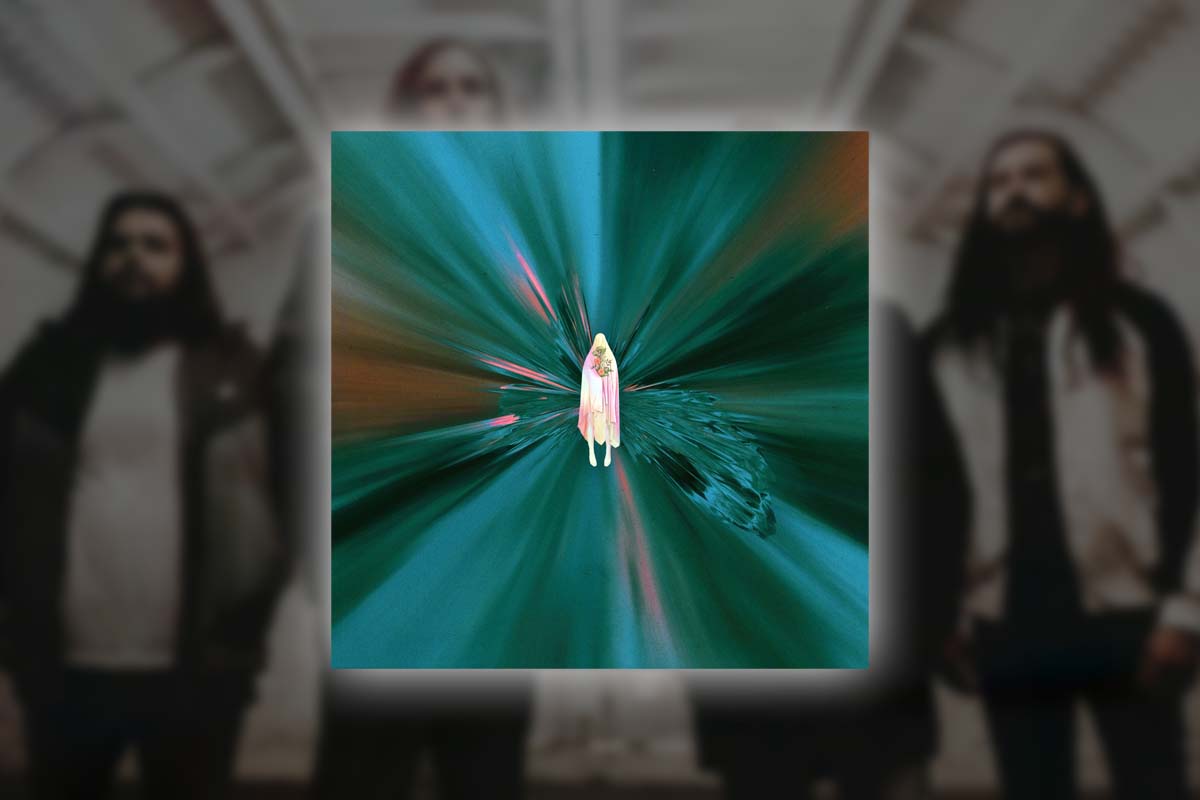 NOTE: The following piece is a collaborative effort between staff writers Mateo Ottie and Tyler White.

“Pull me back to the nightmare, I’d rather be fragile than forever alone.” This simple line that closes the album summarizes Silent Planet’s fourth record. From beginning to end, ‘Iridescent’ traverses through despair, embodying hopelessness within its powerful lyrics and intense instrumentation. Fueled by frontman Garrett Russell’s experiences, the band’s newest effort is both their heaviest and most beautiful record to date.

It should come as no surprise that Silent Planet is at the top of their game musically. ‘Iridescent’ continues the progression of the group’s technical style, mixing heavy and insane riffs with groovy drum chops. Throughout the record, Mitch Stark shows off his guitar proficiency, effortlessly shifting from technical riffs to powerful chord progressions. “Anhedonia” and “Alive, as a Housefire” contain some of his most difficult riffs, combining note-scaling phrases with contrasting low and high dissonance. On the other hand, “Terminal” and the chorus of “Iridescent” showcase a more mellow, progressive side, focusing more on the flow of the chords rather than attempting to be intense. Following suit is Alex Camarena’s impressive drum work that complements the guitar and bass work perfectly. From the pummeling grooves of tracks like “Panopticon” and “The Sound of Sleep” to the supporting chops of “Till We Have Faces,” Alex is at the peak of his career with some of his best drum work in the band’s entire discography.

The lyrics of ‘Iridescent’ take a darker turn from the rest of the Silent Planet discography, complementing the pixelated and ominous soundscapes that weave tangled webs throughout the album’s runtime. Most of the lyrics on the record were written during and about Garrett’s stay in a mental hospital and the debilitating life events that preceded it (as highlighted in 2020’s single “Trilogy”), before his initial psychogenic collapse as his sense of reality was warped by mind-altering medications and hallucinations. This particular experience is detailed on the moving “Terminal/(liminal);”, a powerful track written after struggling with verisimilitudinous visions and pondering if his struggles could even have resolution or if they’re ingrained in his soul. The track takes the listener on an extensive journey through the depths of Garrett’s struggle with mental illness, laced with dark electronics and ethereal instrumentation adding even more emotional weight to the subject. The chilling “Second Sun” further explores this mental battle, with lyrics parallel that of a terrifying psychedelic trip- evocating memories that sting with the bitter taste of regret. Drowning in deja vu with each passing attempt to move on, the track is a discord of anxiety, with frantic guitars and an unsettling atmosphere that complement the tone of the song’s lyrics with flawless execution in one of the most vulnerable and best tracks on the album.

Attempting to understand life after death in a world that is failing around him, Garrett struggles with the contradiction of language and the human perception of life on the abrasive “Translate the Night.” Accompanied by the discomposing intro “112”, the track opens the album on an urgent note, teasing the tantalizing devastation of the record that follows with a climactic breakdown is without description. This devastation reaches its pinnacle on “Alive, as a Housefire”, a seething track dripping with justifiable anger at the American political systems, stemming from observations of the purely inhumane decisions those in authority have made in recent years and the senseless violence and tyranny it has created. Critiques on capitalistic western society is nothing new from the band, however this is the most enraged and pissed off they have ever been, with call-backs to the events of the capitol riots, border crisis, and a slight nod to the politicization of evangelical church- which is also the basis of the soaring single “Anhedonia”– wrapped in jarring musicality and intense deliveries.

“Till We Have Faces” and “Iridescent” close the album in stunning and open-ended fashion, harkening back to the themes of “Second Sun” and focusing on the end of reality itself. From asking death of the antidote for time (spoiler alert, there is none), to desiring to go back through the “nightmare” to feel something rather than being alone and dying, ‘Iridescent’ ends on a rather hopeless thought of the end of life. Ultimately, however, there is a tinge of hopefulness, especially in the chorus of “Iridescent” seeing eternity amidst the dissolving pains of the world. This contradiction of hope in the hopelessness is further accentuated by the instrumentation, which is simultaneously some of Silent Planet’s best melodic vocals and their heaviest breakdowns as Garrett unleashes arguably the best vocal performance of his career.

‘Iridescent’ shows the entire band working with complete chemistry with one another. Full of some of the best riffs and grooves of their discography as well as the collaborative vocal efforts of all members, Silent Planet feels to be working to their fullest potential here, resulting in an album full of emotion, power, technicality, and proficiency. From its startling beginnings to its desperate endings, the record is one of the strongest releases the band has crafted to date, and a powerful contemplation of life during moments of mental disarray.

Silent Planet‘s fourth full-length studio album ‘Iridescent’ is out now on all streaming platforms via Solid State Records/UNFD. Watch the official music video for “Terminal/(liminal);” below.