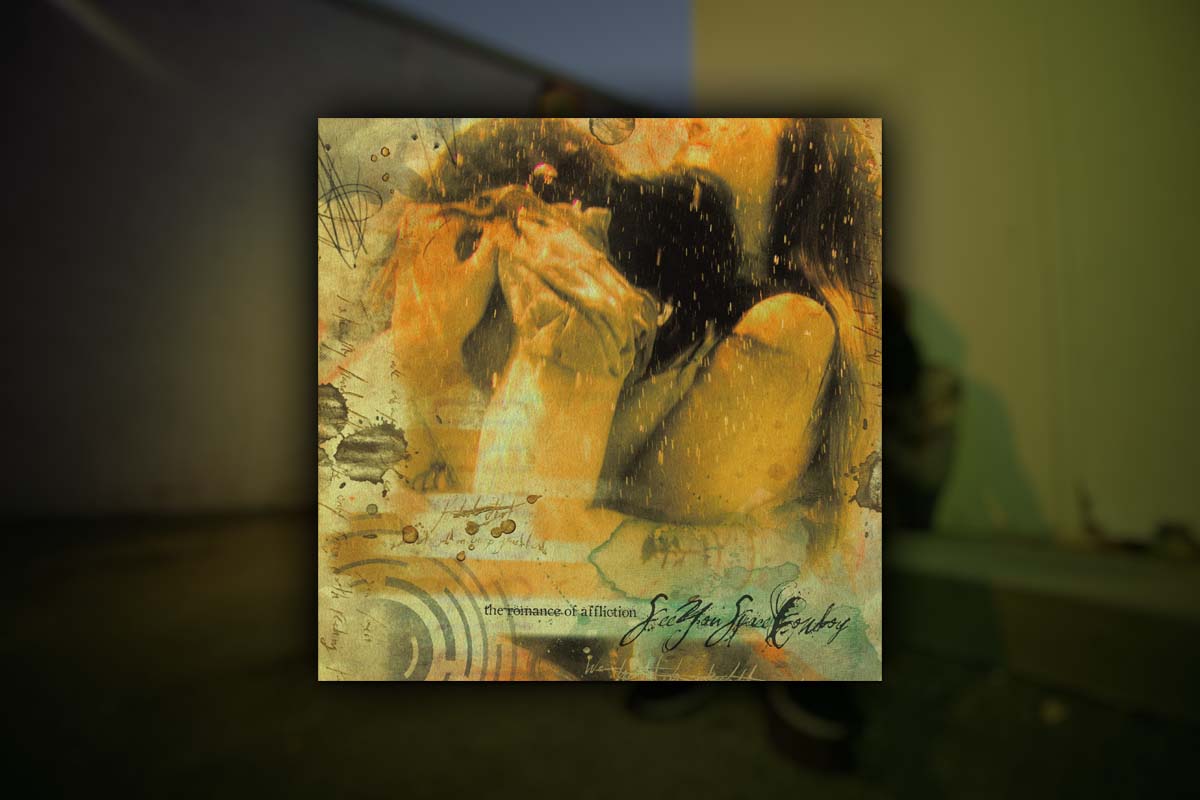 “The record is about how we romanticize the negative and the darkness in our lives so much, we put it into this art, and I feel like we put it out there as our own personal catharsis, but it’s also often romanticized by others. It’s romanticized as this thing where deep suffering creates great art, and it’s kind of contorted beyond what it’s meant to be, which is just self-expression, and turned by others into this monument to what it means to struggle.”

And that’s exactly what Seeyouspacecowboy… encapsulates on ‘The Romance Of Affliction’, a chaotic- but structured album full of lyrical catharsis and bloodletting, sown with the bitter taste of reality following the near-fatal experience Connie had after a drug overdose last year. The record’s title is almost contradictory to the record’s mission: to be as open and honest about her struggles and addictions and the pain she’s been through in the past couple years of her life. The full-length is an attempt to make art about the ugly parts of life that resonates with listeners and trying to find beauty through adversity. And man, does it accomplish exactly that.

Diving head-first into lyrics of existential torment and struggles with self-destructive tendencies, ‘The Romance of Affliction’ pummels through its 40-minute runtime with crushing instrumentals to match. “…And My Faded Reflection In Your Eyes” and opening track “Life As A Soap Opera Plot, 26 Years Running” are perfect examples of this, with the former searching for answers at the disgruntled end of a relationship while the latter barrels through with a sense of desperation as Connie longs for a way out of substance abuse. Dissonant guitar riffage and intricate drumming fills the track as Connie gives her all with a passionate vocal performance. Every Time I Die’s charismatic frontman Keith Buckley also appears on the track, with an urgent delivery further impacting the desperation highlighted in the song’s lyrics.

Keith isn’t the only special guest to lend their talents to the album either, with emo-veteran Aaron Gillespie (Underoath, The Almost) gracing single “Intersecting Storylines To The Same Tragedy“, and fellow MySpace revival outfit If I Die First (with whom the band released a spilt EP titled ‘A Sure Disaster’ with earlier this year) embellishing the record’s theatrical title track. Rapper Shaolin G also makes an unexpected appearance on the frantic “Sharpen What You Can”, with a role that adds to the track’s charging intensity.

Led with a more mature and refined version of the spasms of chaos Seeyouspacecowboy… is known for, ’The Romance Of Affliction’ also takes on new influences and flirts with new additions to the band’s signature sound, with much of the album containing ambient layering or clean choruses such as on the sex-filled introspective single “The End To a Brief Moment Of Lasting Intimacy”. The record harkens back to the band’s penchant for unpredictability and genre exploration that was displayed on their 2019 compilation ‘Songs For The Firing Squad’ but with a new sense of inspiration and a more focused direction.

This sense of controlled chaos is delivered delightfully on the punishing “With Arms That Bind and Lips That Lock”, expertly blending the band’s heavy roots with catchy clean post-hardcore hooks and melodic guitar work with one of the most satisfyingly climatic breakdowns on the record. “Ouroboros As An Overused Metaphor” bursts into disarray as the track’s punishing riffage contrasts with soaring mall-emo choruses before ending abruptly.

Beginning just as sudden as it’s predecessor ended, The Dillinger Escape Plan-inspired mathcore cut “Anything To Take Me Anywhere But Here” is the heaviest moment on the record, with an all-out assault on the eardrums and devastating everything in its path before dropping into an unpredictable shoegaze jam-session. It’s my favorite on the record and a standout track that sees the band exploring his full potential and showcasing its musical prowess. Conversely, “Melodrama Between Two Entirely Bored Individuals” explodes with the best chorus on the record, instantly lodging itself the listener’s memory with a blast of emo nostalgia and a lighter vibe overall, through certainly not without its dark and heavy moments.

‘The Romance Of Affliction’ is Seeyouspacecowboy…’s best and most mature project to date, dripping with emotion and painful honesty as it pulls at the seams of a broken life trying to find some form of catharsis. It’s a record intent on self-expression and being real, peeling back the layers of shame and regret and revealing a slight glimmer of hope despite the horrific events that inspired it, making for an enthralling and powerful listen that is not only enjoyable, but emotionally connective and incredibly respectable.