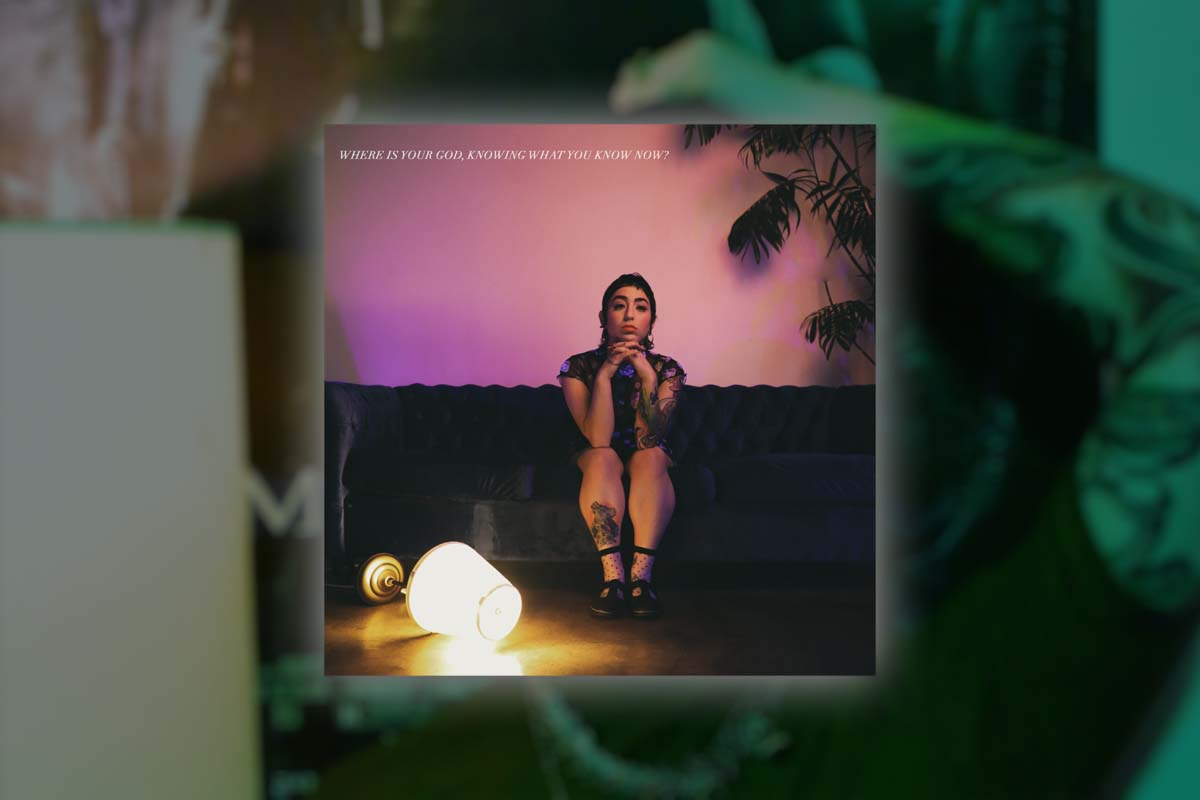 “WHERE IS YOUR GOD, KNOWING WHAT YOU KNOW NOW? is my memoir. If you listen close enough, you’re listening to an audio blueprint of the past 6 years of my life, as a person and an artist. It’s also a letter to you; you are worthy of telling and sharing your story. You never know who needs to hear it.” – PLEXXAGLASS

And what a beautiful memoir it is.

With their debut album, PLEXXAGLASS’s ‘WHERE IS YOUR GOD, KNOWING WHAT YOU KNOW NOW?’ is a collection of songs starting with their debut of “Lament en Route” in 2016. Throughout the years, PLEXXAGLASS has been able to craft songs of beautiful composition, captivating melodies, and fluid pacing. With the debut, they prove their capability of being an artist to look out for in the coming years of indie pop.

‘WHERE IS YOUR GOD, KNOWING WHAT YOU KNOW NOW?’ successfully combines multiple sounds and styles into a compact 33-minute duration. From the atmospheric focus of “Tall,” to the stripped-down, acoustic “Aloft,” to the upbeat, pulsating synths of “DYD,” PLEXXAGLASS seamlessly integrates a variety of genre-focuses while maintaining a streamlined, cohesive effort. Despite the different styles dispersed throughout, the story and emotion remain just as strong from one song to the next. PLEXXAGLASS’s vocals soar and penetrate the atmosphere of the record, providing listeners with a powerful, emotional, and engaging performance that flows fluidly throughout. Whether hitting high, powerful melodies over a synth and drum rhythm or sitting atop piano harmonies in a subdued manner, their vocals tie together each track and provide an impactful listening experience.

Yet this debut is more than just an album to listen to. It’s an album of a beautiful and powerful story for all those suffering. From discussing trauma and the detriments of mental illness to a call to those on the gender and sexual spectrums, ‘WHERE IS YOUR GOD, KNOWING WHAT YOU KNOW NOW?’ is an empowering record that helps those suffering or mistreated to grow in themselves and rise above the challenges. Although this is merely a debut, PLEXXAGLASS makes their presence known early on in their career, paving the way for a successful future. Today is a call to rise above challenges. Tomorrow is a triumphant victory.

tags: plexxaglass Review where is your god knowing what you know now
previous Sentinels' "Collapse by Design" Is Sure To Be A Classic (Review)
next Seeyouspacecowboy... Finds Catharsis In 'The Romance Of Affliction' (Album Review)