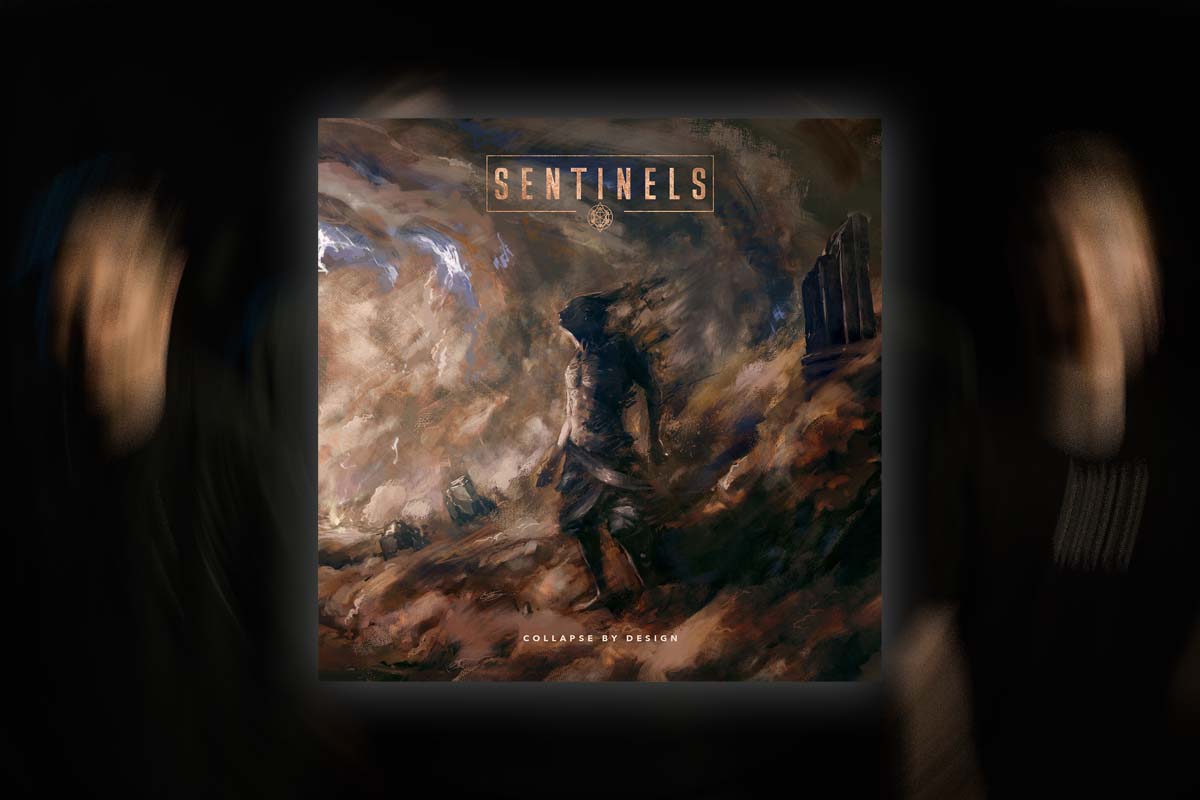 Combining intense breakdowns, polyrhythmic technicality, sporadic guitarwork, and abrasive vocals, the New Jersey metalcore group, Sentinels, have crafted an aggressive masterpiece in ‘Collapse by Design.’ From beginning to end, Sentinels refuses to ever let up, constantly bombarding listeners with technical grooves and harsh sections without end.

With a sound similar to groups like The Tony Danza Tapdance Extravaganza, ‘Collapse by Design’ is full to the brim with extreme riffs that contrast heavily with heavy, low tuned guitars and high-pitched dissonance. Often differing from the general tropes of rhythm, the guitar work is chaotic and wild, erupting into riffs and grooves that begin as soon as another ends. Impressively following such chaos is the drumming that matches the intense jumping of riffs seamlessly. With constant stop-start rhythms, the drum work continuously shifts from blast beats to choked cymbal chops to pummeling hardcore grooves all while maintaining the flow of the record. This constant variation in the riffs and grooves results in a consistently engaging flow that excites the listener from track to track without ever feeling predictable or monotonous.

Perhaps the most impressive aspect of musicianship throughout ‘Collapse by Design’ is Sentinels’ ability to craft a captivating soundscape that fills each and every moment of space. The dispersed ambience throughout truly elevates the atmosphere of the record as a whole, creating momentary breaks that allow the music to breathe and embrace the listener in a warm sound that encapsulates the whole track. From the ambient breakdown in “Inertia” to the interlude track “Solitude,” Sentinels displays their craftmanship of maintaining heaviness while integrating openness and melody into their songs. This mixture of ambience and dissonant brutality creates a beautiful contrast of heaviness and melody that amplifies the power of ‘Collapse by Design.’

Clocking in at just over 48 minutes, ‘Collapse by Design’ is a brutal journey that is relentless from start to finish. With very few moments of breathing and plenty of time spent crushing listeners, Sentinels’ most recent full length proves to be a record worthy of being a front-runner in the metalcore genre. In a genre ridden with structure and formulation, the chaos and unpredictability of ‘Collapse by Design’ is a welcome freshness that has been absent in metalcore for too long.