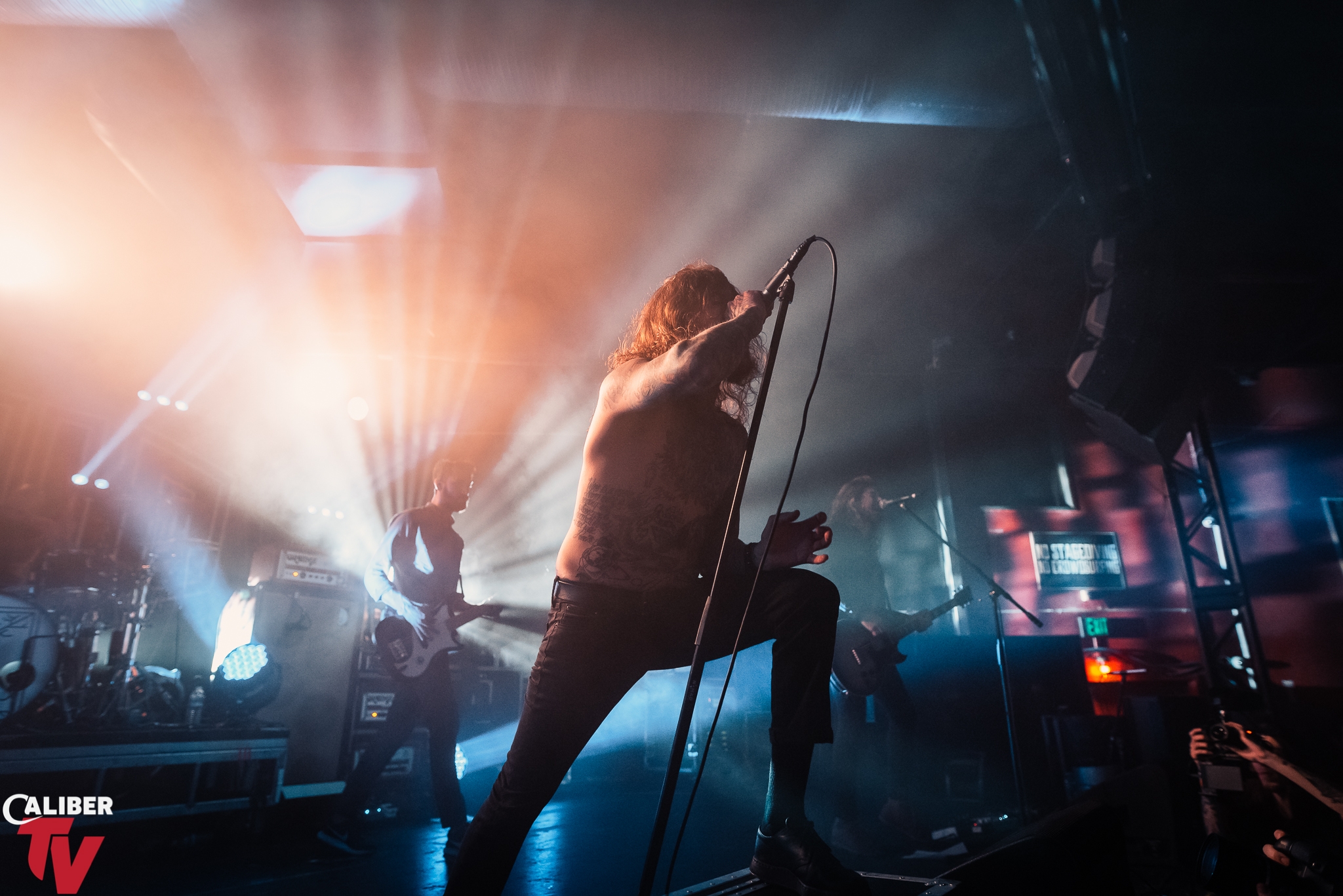 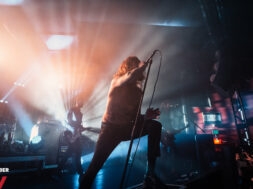 As most bands have been doing 10 year anniversary tour, The Devil Wears Prada set out to celebrate With Roots Above And Branches Below being released 10 years ago. Along for the ride is Fit For A King, and ’68. Check out the gallery by Luis Rosales below as Ace of Spades in Sacramento, CA was the host of this incredible tour.

Up first on the main bill is the power duo known as 68. Consisting of ex-Chariot member Josh Scogin and drummer Nikko Yamada, the two wreak havoc on Sacramento with their antics and unique sounds. Since the group is a smaller group, their lighting was enough to light them up from above with the stage light lit with a solid yellow light for the rest of their set. As far as performers, the two were very entertaining to watch, with Nikko standing while playing and flailing to Josh spinning and throwing his guitar in the air, there was never a dull moment on stage. To finish their set, Josh put his guitar on a loop and broke down their set while Nikko continue to play that blew the audience’s mind. Just a fantastic show to watch from the two.

Up next is Fit For A King, who just released their latest album Dark Skies which is arguably on the heaviest albums put out this year. Expectations for the band were set pretty high and their performance blew past those expectations. Everything from lighting, sound, and stage presence was phenomenal. The lighting was incredible to watch from the crowd’s standpoint. All the colors and lighting patterns were absolutely stunning. The energy coming from the stage was incredible, especially from Ryan “Tuck” O’Leary on bass, if you’ve seen Fit For A King live before, then you are familiar with his insane spins, kicks, and high jumps. Ryan Kirby may not have been as energetic, but he definitely made it up with his incredible vocals. He hit all his lows with such a brutal sound that it gave many fans the “Oooh” face from how great it was. Now the crowd was just as energetic as the band as there were a good amount of crowd surfers flying towards the front that put the security guards to work. Fit For A King’s set was killer in all ways and you could not ask for a better show from the guys.

Now for the band everyone was waiting for, The Devil Wears Prada, as they celebrate 10 years of With Roots Above And Branches Below played in its entirety. The first thing that stood out was how heavily backlit the show was going to be. Little to no front lighting at all which made it difficult to photograph or film but incredible to watch. The colors and light rigs they used added an extra pop to their set which made it so much more enjoyable to watch. Fans everywhere were singing along as TDWP played 5 of their newest songs first before jumping into With Roots Above And Branches Below for the whole crowd to lose their minds. Mike Hranica had an incredible amount of energy stage while maintaining incredible sounding vocals that blew so many people away along with Jeremy DePoyster singing along. As they played Roots front to back, they of course ended with “Lord Xenu” which lead the crowd asking for one more, and in TDWP fashion they closed out with “Mammoth” while announcing that they would recording a new album in the spring. This tour package was more than anyone can ask for with 68 being a much different sounding band, Fit For A King dropping a new album, and The Devil Wears Prada playing one of their most popular albums front to back. Be sure to catch this tour they’re just getting started.