MY CHEMICAL ROMANCE POSTPONE US TOUR DATES TO 2021 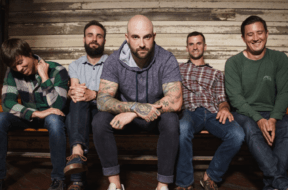 March 11, 2019
Alfredo Preciado
August Burns Red’s classic record Constellations is set to turn 10 years old in 2019 and the band have announced they will be celebrating its birthday this summer with its own 10 year anniversary tour. “We are very excited to bring everyone the 10 years of ‘Constellations‘ world tour. This is something that fans have been asking […]
Read more 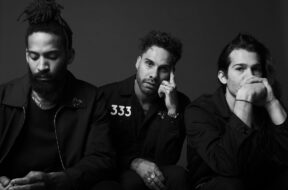 February 26, 2019
Alfredo Preciado
FEVER 333 have announced a series of April tour dates and festival appearances with more “d333monstations” to be announced next week. Check out a list of available dates now below. Earlier this week, FEVER 333 was announced as one of the opening acts for the upcoming Korn/Alice In Chains co-headlining tour which also features Underoath […]
Read more 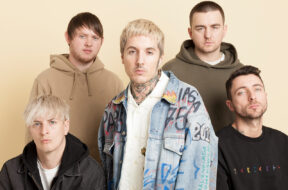 BRING ME THE HORIZON ANNOUNCE ‘THE SECOND BASE’ US SPRING TOUR

February 26, 2019
Alfredo Preciado
Bring Me The Horizon frontman Oli Sykes may have ruptured a vocal chord on the ‘First Love’ tour, but that does not seem to be slowing down the band’s established tour schedule.  The band has been set to perform at several late spring festival dates and have built another tour based around those dates. The […]
Read more 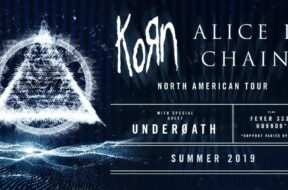 February 25, 2019
Alfredo Preciado
After weeks of speculation, Korn and Alice In Chains have announced they will be heading out on a co-headlining tour this summer. Underoath, Fever 333, and Ho99o9 have been announced as support with Fever 333 and Ho99o9 appearing on select dates. The tour is set to begin in Austin, TX on July 18th and will […]
Read more