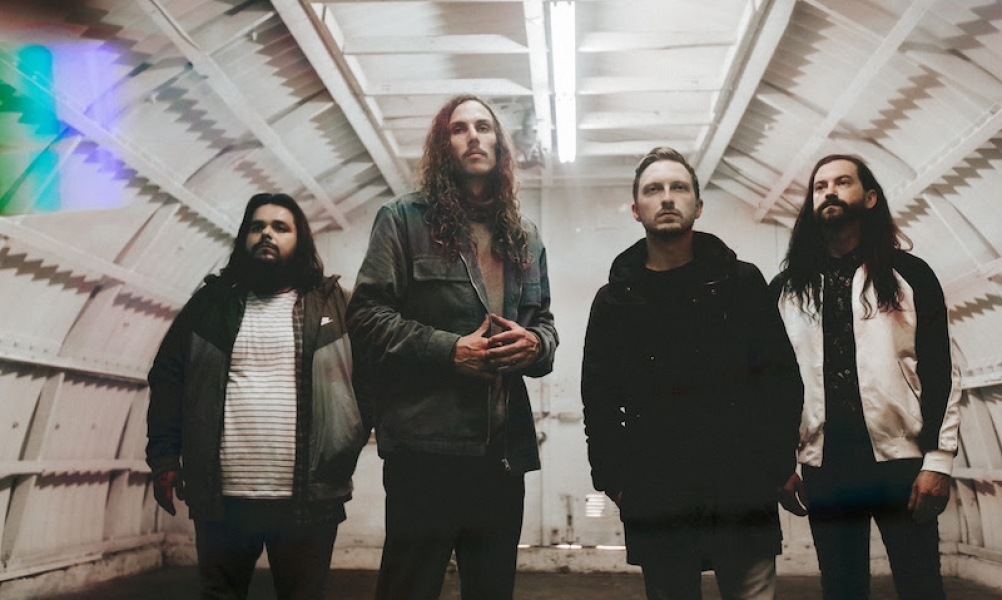 Heavily influenced from the likes of Loathe and Deftones, “Terminal” continues this sonic experimentation, with three out of four members contributing to vocals and the record debut of frontman Garrett Russell on guitar. The track is set in a bleak atmosphere, textured with dark electronics and shoegaze-inspired chord progressions. The distorted clean vocals and eerie synths of the song’s opening moments instantly set the tone for the emotional journey the listener is about to embark on, exploding into massive walls of guitars and perfectly mixed drums. It’s one of my personal favorite Silent Planet tracks to date, showcasing the band’s creativity and versatility in a perfectly executed manner.

Guitarist Mitch Stark kills it on the vocals of the track, with chorus lines washed out by effects creating a chilling and emotional listening experience. Drummer Alex Camarena comes to life at the end of the song with another incredible performance, continuing to establish his dominance and hold his place as one of the best drummers in modern metal. Garrett Russell pushes the envelope on the emotional intensity of the song as he switches between filtered cleans and tortured screams, displaying an authentic and real connection to the track, which was inspired by his stay in a mental hospital after an anxiety-induced mental breakdown while touring in Europe. Garrett stated about the track,

“’Terminal‘ was another song from this album that was inspired by my stay in a mental hospital, for most of my life I have been a very sober person, and this song is about my experience with mind-altering medications while being in-patient.

As I took my meds, I watched the world shift around me, and even my own reflection started to shift. I was met with strange visions and imagery, some of which was congruent with ancient mythology. It was during all of this that I began to wonder if the hopelessness was buried too deep for medications to solve on their own. Maybe, I wondered, this is simply the human condition. But above all, I hope the listener understands that our albums are meant to be understood as whole pieces, and while this song is certainly coming from my genuine experience with despair, there’s more to the ‘Iridescent‘ story that’s yet to be revealed.”

The track is accompanied by a powerful 7-minute long music video, depicting the events that unfolded that inspired the track, connecting to the music video from last year’s smash-hit single “Trilogy“, which was aso written in one take during Garrett‘s stay at the mental hospital. The video features the follow-up track on the album “(liminal);” after the song ends, a theatrical electronic interlude that wouldn’t be out of place on Loathe‘s 2020’s record ‘I Let It In And It Took Everything‘. It’s a moving piece of art and one of the best story-telling music videos of the year with fantastic cinematography and tons of passion. “Terminal” follows up the recently released unrelenting lead single “Panopticon“, a visceral, octave-below tuned, filthy metalcore track that is a complete 180 turn from the new track, making ‘Iridescent‘ look increidbly promising and intriguing with the potential to be the band’s best album to date.

Silent Planet‘s new full-length album ‘Iridescent‘ releases November 12th via Solid State Records and UNFD. Watch the official music video for “Terminal/(liminal);” alongside the official tracklist for the album below.