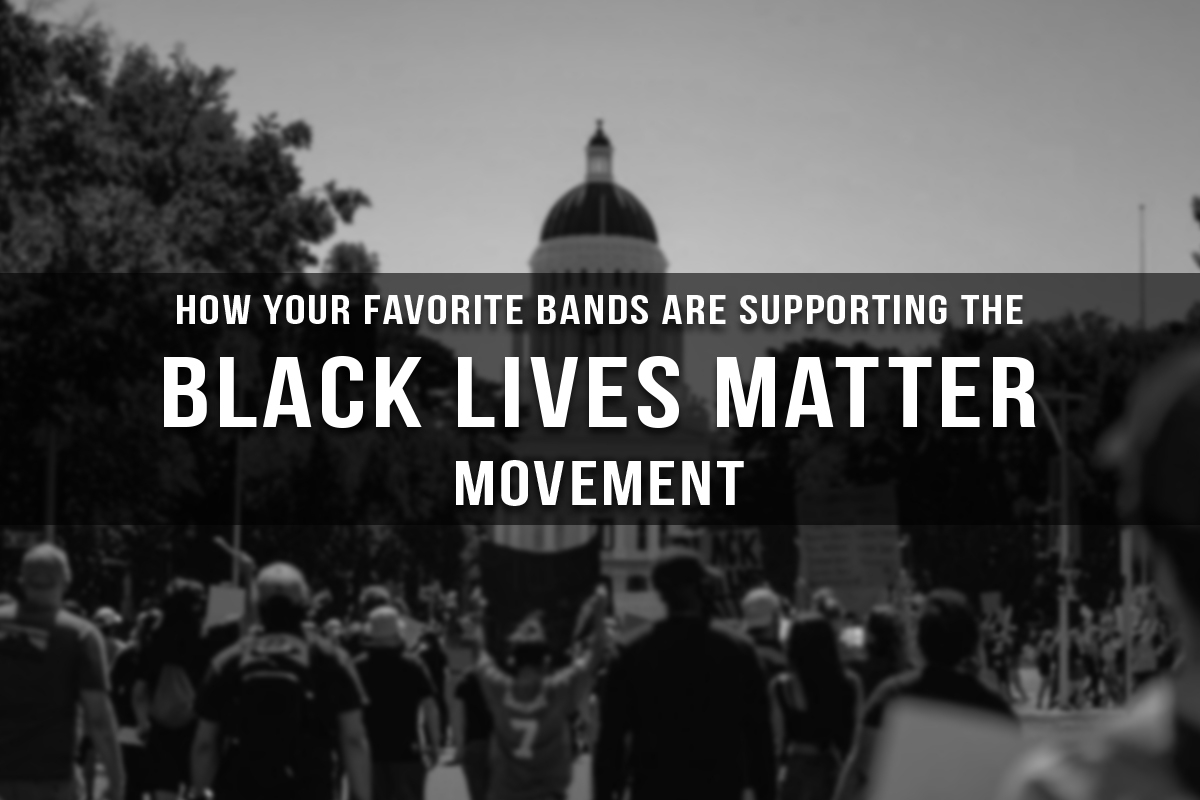 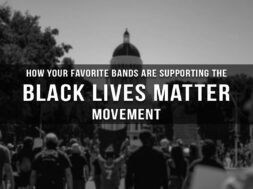 On May 25th, George Floyd was killed during an arrest for allegedly using a counterfeit $20 bill. This tragic event lead to countless of protests around the world against police brutality, police racism, and the lack of police accountability.

Since the events took place, countless bands all around the scene have come together to show their support for the Black Lives Matter movement. Through donations, exclusive merch launches, giveaways and raffles, our scene has collectively donated thousands of dollars towards the organizations helping to push the movement forward. Check out how YOUR favorite bands are coming together to help the cause below.

FEVER 333 has never been a band to stray away from the topics of police brutality and racial injustice. The band performed a special live streamed demonstration where all proceeds were donated to the Minnesota Freedom Fund and Black Lives Matter. The band also released a brand new single titled “Supremacy” which was debuted during the band’s performance.

Silverstein have released a special live EP titled Quaranstein exclusively on Bandcamp, where 100% of the proceeds go directly to the NAACP and the Black Legal Action Centre.

The Word Alive announced earlier this week that they will be performing a special live streamed show where fans can choose to pay what they wish to watch the show. $1 of every ticket sold will be donated to support the Black community.

nobody is free until we are ALL free. ??? #BlackLivesMatter pic.twitter.com/soQv6PVIM5

united are voices ⁣ united are the screams⁣ united are the colours ⁣ not just in our dreams⁣ this is a moment to ourselves we must see. ⁣ this is a moment to ourselves we must speak. ⁣ ⁣ they will not want us to be sad because we can find comfort here?⁣ they will not want us to be mad ⁣ because they don’t want us to steer? ⁣ because when we are off of the rails, we live live inside fear⁣ and when we start feeling nothing , nothing becomes clear ⁣ ⁣ so please speak, stand up, please shout, please cry⁣ please feel every fuckin tear that falls from your eye, ⁣ justice for humanity is vital and right ⁣ now is the moment to fight for a strangers life ⁣ and when you think of that stranger try to visualise ⁣ your friend, your family, your husband, your wife ⁣ because names and faces are more than a device ⁣ on a piece of paper that you will one day inevitably place to the side ⁣ ⁣ whoever you are you are you can be involved in this fight ⁣ all gotta do is speak the words from your mind ⁣ so the people around you and the people you find ⁣ will put a this hate to sleep, and together we can all say goodnight⁣ to this tragic, gratuitous waste of human life ⁣ and look at each other, tomorrow United in the eyes ⁣ shouting to feel is to breath, ⁣ to feel is to be free, ⁣ to be free is what it means to be successful to me ? #blacklivesmatter

Fit For An Autopsy guitarist/producer superstar Will Putney has announced he will be hosting a live stream charity event called “WE CAN DO BETTER: Words From The Underground” which aims to raise money for the ACLU (American Civil Liberties Union).

The stream will feature appearances  from Ice-T (Body Count), Keith Buckley (Every Time I Die), Matt Heafy (Trivium), Tom Williams (Stray From The Path), and many more.

Viewers can donate $10 to the ACLU for the opportunity to win music gear, merch, vinyls, and more.

Excited to announce the updated lineup for “WE CAN DO BETTER: Words From The Underground.” More days, more guests, more giveaways, more charities. The first batch of giveaways for the MASSIVE charity raffle are posted now, at soundrink.live. Less than half the announced prizes, we’re just getting started. To everyone who’s reached out and offered guidance and willingness to participate, thank you. Especially the members of the black community, I appreciate all of your suggestions and help making this event as inclusive and informative as possible. We all proudly stand beside you as you lead this movement! DONATE NOW at soundrink.live

Fall Out Boy donated $100,000 from the ‘Fall Out Boy Fund’ to the National Bail Out and Black Visions Collective.

Paramore announced a donation of $25,000 to organizations such as Black Lives Matter Nashville, Campaign Zero, and The American Civil Liberties Union

Additionally, Stray From The Path teamed up with Knocked Loose, Terror, Year of the Knife, Stick To Your Guns, Rotting Out, Jesus Piece, Counterparts, and Kublai Khan for a massive merch collab where the proceeds benefit several Black Lives Matter nation and community organizations as well as bail and legal funds through Act Blue.

Other bands whom have released a t-shirt for the movement include Dying Wish (with Knocked Loose), The Story So Far, Beartooth, Silent Planet, Stick To Your Guns, Movements, Grayscale, Enter Shikari, Dayseeker, Bad Omens, and Balance & Composure.

Bail fund relief shirt with @knockedloose to help our local communities. 50% of proceeds to @PortlandFreedom / 50% to Louisville Community Bail Fund. Up for preorder or a limited time.https://t.co/TnjobZMb2v

Test presses of each band’s LP discography up for raffle now.

100% of the proceeds will be donated equally between:

100% of the profit will be split evenly between The Bail Project and BLMLAhttps://t.co/upT9B1snbi

The Mayflower tees. Available now. All proceeds will be donated to George Floyd’s family.https://t.co/f73lLzq7IJ pic.twitter.com/UQAHqURMGh

The response to the charity shirt has been overwhelming.
So far, you’ve raised £20,000+ in profits (that’s not exact. we’ll know properly when we’re done and all costs calculated) to be split between @BlackVisionsMN & @splcenter.
Thank you so so much. https://t.co/Ag2SYnpmhy

Earlier this week we dropped some new merch. At the end of the weekend we will be donating a portion of all the proceeds from that drop to @reclaimtheblock. This fish tee will not be available after that point. If you haven’t yet, please consider picking something up. pic.twitter.com/N0WBB8OB3q

100% of proceeds from purchases of this shirt will go to Black Lives Matter LA.https://t.co/SMXUXJi9g2 pic.twitter.com/viOnAtmefa

Coming out of hiding because we want to help. We are selling this limited Black Lives Matter shirt with all proceeds going to https://t.co/hY8ocRqq88. It will be available for preorder until 6/19. https://t.co/7ATtD9tFEp pic.twitter.com/awJftvPBGZ

HOW YOU CAN HELP: