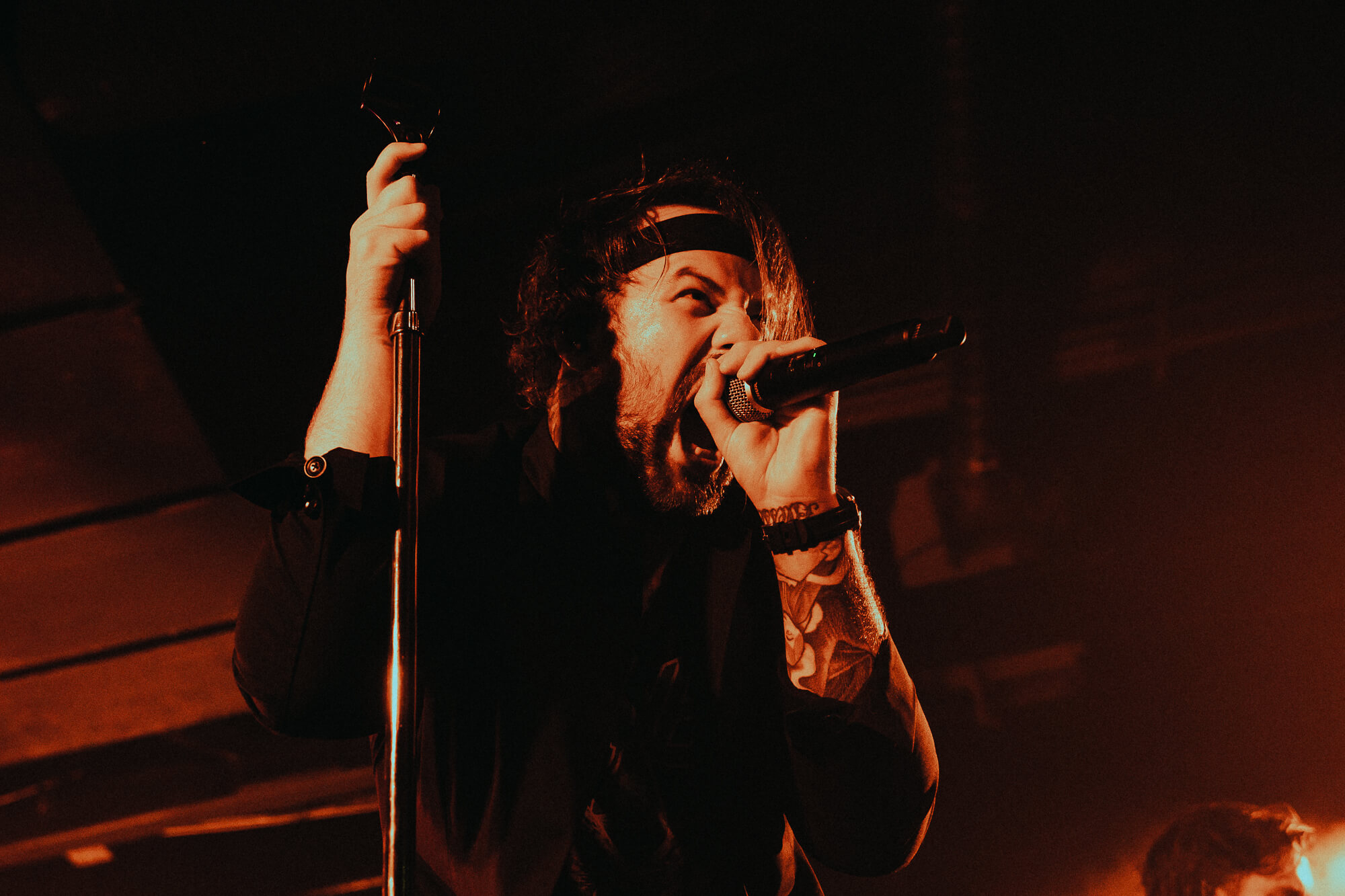 Two months removed since the release of Beartooth‘s latest album ‘Below’, Ace Of Spades in Sacramento, CA was host to the fourth night of the band’s ‘Below’ headlining tour as it made its way through Northern California. With the tour also featuring opening acts Dragged Under and Wage War, the high-energy tour package had the Sacramento crowd moving the entirety of the night — many of which attending their first show since the pandemic began.

Seattle 5-piece Dragged Under took the stage first performing tracks from their 2020 album ‘The Word Is In Your Way’ including “Instability”, “The Real You”, “Chelsea”, “The Hardest Drug”,  “Just Like Me”, and “Hypochondria”. Fans in attendance were also treated to a live performance of the band’s recently released single “Brainwash Broadcast”.

Next up on the bill was Wage War. The Fearless Records 5-piece captivated the crowd’s full attention opening the set with arguably one of the band’s most beloved fan-favorite tracks, “Stitch”, followed immediately with a performance of “Who I Am” from the band’s 2019 album ‘Pressure’. The band, who have recently announced the release of their upcoming album ‘Manic’, also performed a couple of new tracks including “High Horse” and a currently unreleased track called “Teeth”.

Finally, Beartooth took the stage. Taking centerstage was frontman Caleb Shomo jumping into a performance of the title track of their album. Other tracks performed from the ‘Below’ album include “Devastation”, “Fed Up”, “Dominate”, “Hell Of It”, “Skin”, and the encore tracks “The Past Is Dead” and “The Last Riff”. The band also performed hits from their previous albums including throwbacks “The Lines”, “Beaten In Lips”, “Body Bag”, “In Between” from the band’s debut album ‘Disgusting’; and “You Never Know”, “Bad Listener”, and “Disease” from 2019’s ‘Disease’.

Check out the full gallery of the night below shot by photographer Alfredo Preciado.