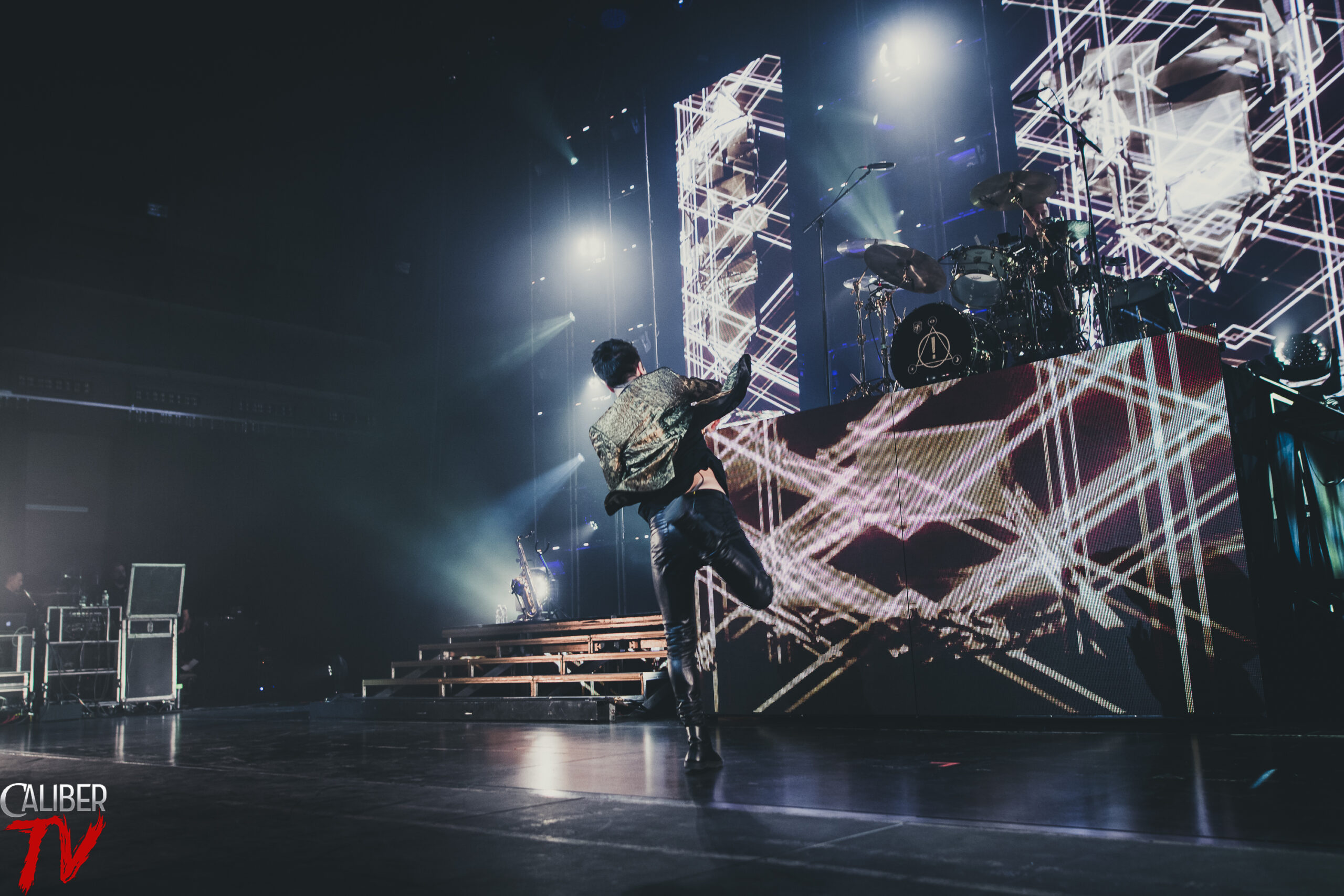 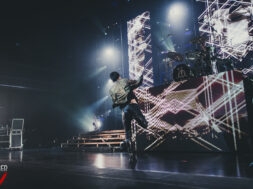 When Panic! At The Disco announced their “Death of a Bachelor Tour,” there wasn’t date for the D.C., Maryland, or Virginia fans.  But as soon the brand new MGM Casino and Hotel opened their doors in December, the band acted quickly to perform at this brand new theater that holds about 3,000 people at max capacity.  Once tickets were available for the new theater, fans quickly jumped on the opportunity to see one of their favorite bands for over 13 years.  Joining Panic! At The Disco on this monumental tour is Saint Motel and MisterWives, check out the gallery below as Luis Rosales was able to shoot this tour at the new MGM venue.

Panic! At The Disco

Celebrating the release of their new album ‘Death of a Bachelor’ and earning a spot on the Billboard’s Top 200, Panic! at the Disco began their entrance with a 10 minute countdown on the massive 3D projections decorating the back of the stage.  As soon as the countdown ended and the stage going completely dark, fans erupted as each band member made their way to their spots and began to play ‘Don’t Threaten Me With A Good Time.’  Production was absolutely stunning with multiple projections and even the use of pyro later in the show.  Brendon Urie was very theatrical in his performance with his dancing and the way he sang, to the gold blazer he was wearing that added to visuals of the show.  Panic! was able to pack 22 songs during their time which seemed short seeing that they only had about 80 minutes on stage, but every minute was thrilling and unforgettable.  Throughout the night, Brendon Urie had his piano rolled out from underneath the drum riser behind the projections and he would play center stage and show off his many talents.  One of his talents that fans reacted to was his ability to kill it on drums and perform a solo to ‘24K Magic’ by Bruno Mars and ‘Bitch Better Have My Money,’ by Rihanna.  After his solo, the venue lit up in an array of colors that represented the LGBTQ community for their song ‘Girls/Girls/Boys’ which Brendon had caught a pride flag tossed by a fan on stage and wrapped it around his mic for the song.  Panic! then proceeds to perform a fantastic cover of ‘Bohemian Rhapsody’ by Queen where fans in every corner sang along to all the words.  But that wasn’t the only song fans sang every word to, Panic! busted out ‘I Write Sins Not Tragedies’ as Brendon thanked fans for all the years of sticking to his side and continuing to be fans and promised a lot more music in the future.  Panic! closed the night out with ‘Victorious’ as a farewell of the night for this unforgettable and mesmerizing tour that had fans walking out still singing along to their favorite Panic! songs.