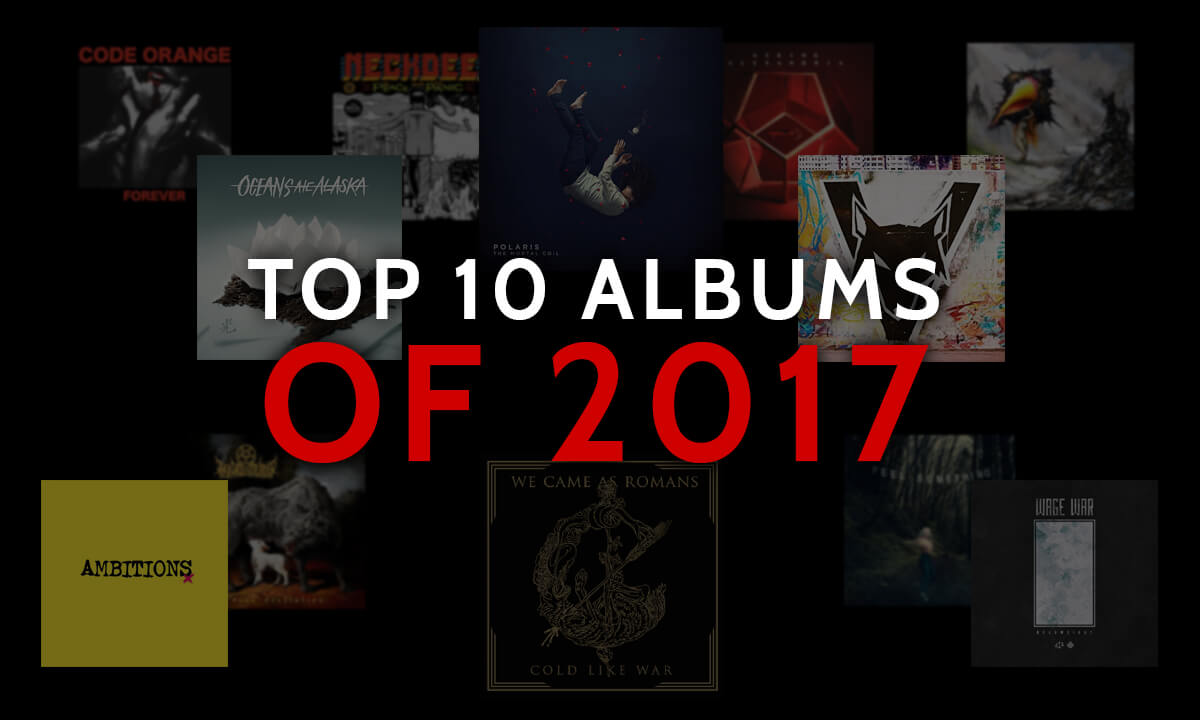 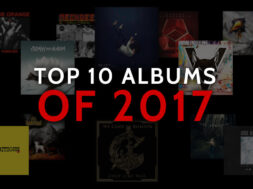 We’re winding down to the final three years of the decade, which means we’ve officially made it to our top albums of 2017 in the scene— and what a good year it was! From one of the most breakout-worthy post-hardcore albums of the 10s and a classic pop-punk record, to some seriously badass metalcore- here’s who made the cut for the top album releases of 2017.

Alternative rock band The Maine released their sixth studio album, ‘Lovely Little Lonely’ in April of 2017, and in the midst of the scene, this album truly blossomed like a flower in the spring time. The album falls on the pop side of the alternative spectrum, but it works in the band’s favor as they manage to merge those pop elements with beautiful rock instrumentals with overall fantastic vocals to create banger after banger ballads that still hold up to the scene today. With iconic tracks like “Black Butterflies & Deja Vu”, and “Don’t Come Down”, The Maine’s ‘Lovely Little Lonely’ kicks off our top albums of 2017!

Metalcore royalty Emmure’s March 2017 release of their album ‘Look At Yourself’ is arguably one of the band’s best releases to date (excluding ‘Speaker of the Dead’, of course). The album, which features 13 tracks in total, features banger after banger of absolutely brutal breakdowns, screams, and all the fast paced hardcore infused riffs that you could get on a single album. With tracks like “Flag of the Beast” and the insanely heavy “Russian Hotel Aftermath”, Emmure’s ‘Look At Yourself’  earns itself a spot on our list.

Coming in at number 8 on our list is none other than Polaris. The Australian based band dropped their album, ‘The Mortal Coil’ in November of 2017, truly ending the scene’s year with a bang. The 11-track album, which features the now iconic “The Remedy”, ended up being a major hit and receiving some serious recognition, with a massive nomination for the ARIA Music Award for Best Hard Rock or Heavy Metal Album- and rightfully so. Considering vocalist Jamie Hails ridiculously brutal vocals, and the band’s overall killer instrumentals and strong production, Polaris’s ‘The Mortal Coil’ lands a spot on our top albums of 2017.

Breaking our 2017 metalcore streak and coming in at number 7 on our list is Pop-punk band Grayscale with their sophomore album ‘Adornment’. The Philadelphia-based five piece was launched into the mainstream with this album, especially with the massive success that followed their heartbreaking “Forever Yours” and of course the bouncy pop infused “Atlantic”. These two tracks were a reflection of the entirety of the 11-track album, as each track gives us a while simple, extremely meaningful and seemingly personal album. Between the beautiful lyrical skill, beautifully executed vocals and overall strong production, Grayscale’s ‘Adornment’ proved and earned the band a successful place in the pop-punk scene, which is why it was without question that it is one of the best of the year.

The Like Moths To Flames November 2017 release of their album ‘Dark Divine’ made its way onto our list. While it may be controversial to the OG metalcore fans out there, there’s no denying that despite the band went a slightly different route than what we were used to on their previous records- it was still an overall killer album. While still including his iconic screams, lead vocalist Chris Roetter definitely showcased his clean vocals on this album, (which happen to be phenomenal to say the least) giving their fans a fresh take on the band by showing a bit of their versatility when it comes to overall sound as well. Love it or hate it, Like Moths To Flames’ ‘Dark Divine’  made waves in the 2017 scene, earning it a spot on our list.

Metalcore legends Motionless in White released their iconic album ‘Graveyard Shift’ in May of 2017 and if you’re a fan of all things spooky, then this album has been on your playlist for the last three years without question. The album features theatrical performances from just about every aspect of it including the production, with Chris Motionless showcasing his haunting and never disappointing vocals, killer riffs and unique lyrics giving us the iconic Motionless in White we grew to love over the years, amplified. Motionless in White’s ‘Graveyard Shift’ is arguably one of their best releases, so it was without a doubt it would be in the top five of our top albums of 2017.

Code Orange have really managed to prove themselves in the scene, and we can absolutely thank their January 2017 release of their full length album ‘Forever’ for that. The Pennsylvania-based metalcore band was launched into the spotlight after the release of this track, and it was 100% deserved. The album has virtually no misses, and features some of the heaviest metalcore riffs and vocals that the scene has gotten in a very long time. The breakdowns, especially in their smash hit “Forever” are filthy along with that striking and now signature guitar sound (that shines the most in “Kill the Creator”). Code Orange’s ‘Forever’ might be one of the best metalcore releases of the decade, landing it a number four spot on our list.

Movements released their debut full length album ‘Feel Something’ in October of 2017 and it is one of those albums in the scene that no matter what genre you prefer, you listened to and most likely enjoyed from some aspect. Whether it be the California-based band’s incredibly personal lyrics (which deal with themes of mental health, loss, heartbreak and the in betweens of it all), vocalist Patrick Miranda’s combination of fantastic vocals with beautifully executed spoken word, or amazing bass lines (shoutout to Austin Cressey on “Deep Red”), this album had not a single miss. With a total of 11 tracks, each of them flow into each other perfectly. The album features two of the bands most impactful release on the scene in the last few years; “Colorblind” and of course the stunning “Daylily”. The band managed to create an original and unique sound that nobody had really perfected in the post-hardcore world, and they did it very well. Movements ‘Feel Something’ is still considered to be a major home run for not just the band, but the overall genre making it onto the top three album releases of 2017!

Taking the title of runner up to the best album of the year is metalcore band Wage War with the August 2017 release of their sophomore album, ‘Deadweight’. The overall sound of the album was familiar and managed to stay true to the metalcore genre yet it still could easily be set apart from the rest due to its both incredible screamed and clean vocals as well as overall composition and songwriting of each track on the entire LP. Considering that at the time, (and honestly we could still say this), Wage War were a fairly new band in the metalcore scene, so for them to have been making the noise that they did with this record so quickly was impressive in itself. This album is still arguably their best release to date, earning it a spot at number two on the best albums of 2017 list.

Attention all Pop-punk fans: this goes out to you.

The UK Pop-punk powerhouses, otherwise known as Neck Deep, dropped their fourth studio album, ‘The Peace and The Panic’ in August of 2017, and the release was proof that Neck Deep is one of those bands that seem to just get better with age. The 11-track album is hit after hit, including their single “In Bloom”, dealing with multiple themes of love, loss and even a bit of sociopolitical commentary. The track “Don’t Wait” features the absolutely legendary Sam Carter from Architects and it hits. The album is also the total package as it still features the bouncy, upbeat and fast paced pop-punk riffs the band has always been known for, along with a heartbreaking and personal acoustic ballad titled “Wish You Were Here” which was written about the loss of a loved one and dealing with the grief of it. The album also features a track titled “19 Seventy Sumthin” which is beautifully composed, and written as homage to lead vocalist Ben Barlow’s late father who passed away in 2016. The entire album manages to merge so many different elements of the scene to create a perfectly executed release, earning its rightful place at number one on the list of best albums of 2017.

tags: Code Orange Emmure grayscale Like Moths to Flames motionless in white movements Neck Deep Polaris the maine Top Albums of the 10s Veil Of Maya Wage War We Came As Romans
previous THE 1975: EVERY SONG RANKED
next TOP ALBUMS OF THE 10S: 2018