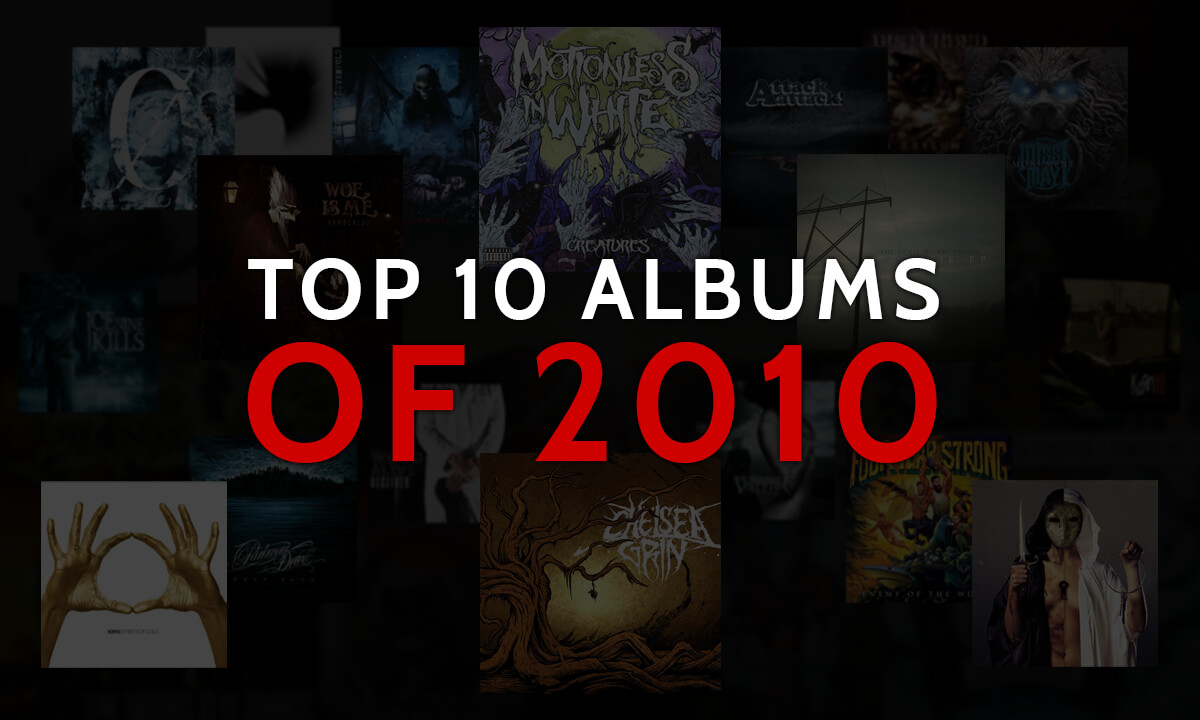 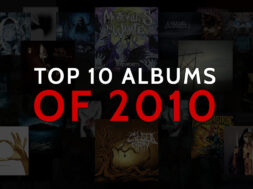 In the last decade, there have been a plethora of memorable albums we could all say we’ve grown to cherish in one way or another.

Our staff (?) decided to take our recollection one step further and rank our favorites, year by year, starting with 2010: the catalyst for a golden era of music in the community we know as “the scene”.

It’s not a full length album, but some would be quick to call this the greatest EP in metalcore history— and it’d be sacrilege for it to not be mentioned here.

Not gonna lie, Safe Is Just A Shadow is still my favorite Ice Nine Kills album to this day. In case you forgot what came from it, perhaps one of the band’s cult classics, The Greatest Story Ever Told, could jog your memory.

When Avenged Sevenfold felt there were many circumstances in the world that quite literally felt like a Nightmare, the band didn’t hesitate to do what musicians do and write about it. Following Avenged Sevenfold’s self-titled, this raw, real, and powerful concept album with a dark twist paid a tribute to the band’s late former drummer Jimmy Sullivan, aka “The Rev” and encouraged overcoming grief and devastation in a therapeutic way.

It’s pretty hard to top Linkin Park’s classic gateway albums like Hybrid Theory and Meteora, which might’ve been why A Thousand Suns was debatably overlooked despite it containing some of the band’s most touching lyrics. This particular album marked a transitional period for the band in terms of sound and played a role in how rock music would inevitably evolve in years to come. If a line like “picking up the pieces, now where to begin? the hardest part of ending is starting again,” isn’t bold enough— in true Linkin Park fashion, the band has stated prior that A Thousand Suns was conceived with the intention of resonating with listeners in a way that allows them to find a musical escape alongside the strength to fight.

Anyone who still listens to “Smokahontas” would probably agree this album belongs on this list, and rightfully so. Before frontman Caleb Shomo left to start what would become Beartooth, he showed his first signs of genius as the frontman for Attack Attack!

A favorite of many, overlooked by some. Let’s face it, Underoath’s first two albums— Define The Great Line and They’re Only Chasing Safety— are absolute monsters, and a lot of us would be quick to say they’re the best bodies of work the band has released. Nonetheless, Disambiguation helped Underoath and their music continue to be regarded as extremely influential by older and newer acts to this day.

Here’s where my personal opinion comes in: Blue Sky Noise is Circa Survive’s best album. This album set the sonic identity the band crafted for themselves in stone, and it couldn’t have started with a more perfect opener for the journey it takes its listeners on. If it wasn’t obvious pain can give way to something entirely beautiful, Blue Sky Noise is another example of that.

5. My Chemical Romance – Danger Days: The True Lives of the Fabulous Killjoys

This album didn’t give us the emo “Bohemian Rhapsody”— “Welcome To The Black Parade” if you live under a rock— but it did give us the “Killjoys”, the name of the four characters played by the band’s members who help convey the album’s narrative that also doubles as the name the My Chemical Romance fanbase have lovingly dubbed themselves. If that’s not enough, frontman Gerard Way created a comic book series under the same name to support the story.

Anyone associated with metal, metalcore, rock, or associated niche communities would probably tell you Deftones is a must in terms of listening. If they don’t, they probably never gave the band a proper listen. Heavily influenced by one of the band’s members enduring a tragic accident and subsequently fighting for his life, Deftones decided to put an uplifting twist on their usually dark sound with Diamond Eyes, an album that’s a proud exclamation of finding hope and overcoming hardships— and arguably even better than White Pony.

Long before Bring Me The Horizon began to deviate from their metalcore roots, they released There Is A Hell Believe Me I’ve Seen It. There Is A Heaven Let’s Keep It A Secret., an album that’s become an essential listen in the genre for many. The band’s vocalist, Oliver Sykes, has previously discussed this album being incredibly personal to him— all whilst being lyrically vague enough for listeners to apply their own interpretation to the music.

Motionless In White have evolved incredibly over the years, many thanks to the path their debut album Creatures paved for them. Whether listeners personally enjoyed it or not is merely their opinion; credit has to be given here to Creatures as there isn’t another album in metalcore like it.

Woe, Is Me not only managed to get themselves on the charts immediately. Their first album, Number[s], proved their ability to stand out amongst a sea of other acts they might’ve been compared to at the time. Though the band may simply be nostalgia now, Number[s] has stood the test of time. A decade later and I doubt anyone who enjoyed this album would complain if Woe, Is Me ever made a comeback.

tags: 2010 Attack Attack Avenged Sevenfold Bring Me The Horizon Circa Survive Deftones Ice Nine Kills linkin park motionless in white my chemical romance The Devil Wears Prada Top Albums of the 10s underoath Woe Is Me
previous 10 CONTENDERS FOR SONG OF THE SUMMER
next TOP 10 BRING ME THE HORIZON SONGS