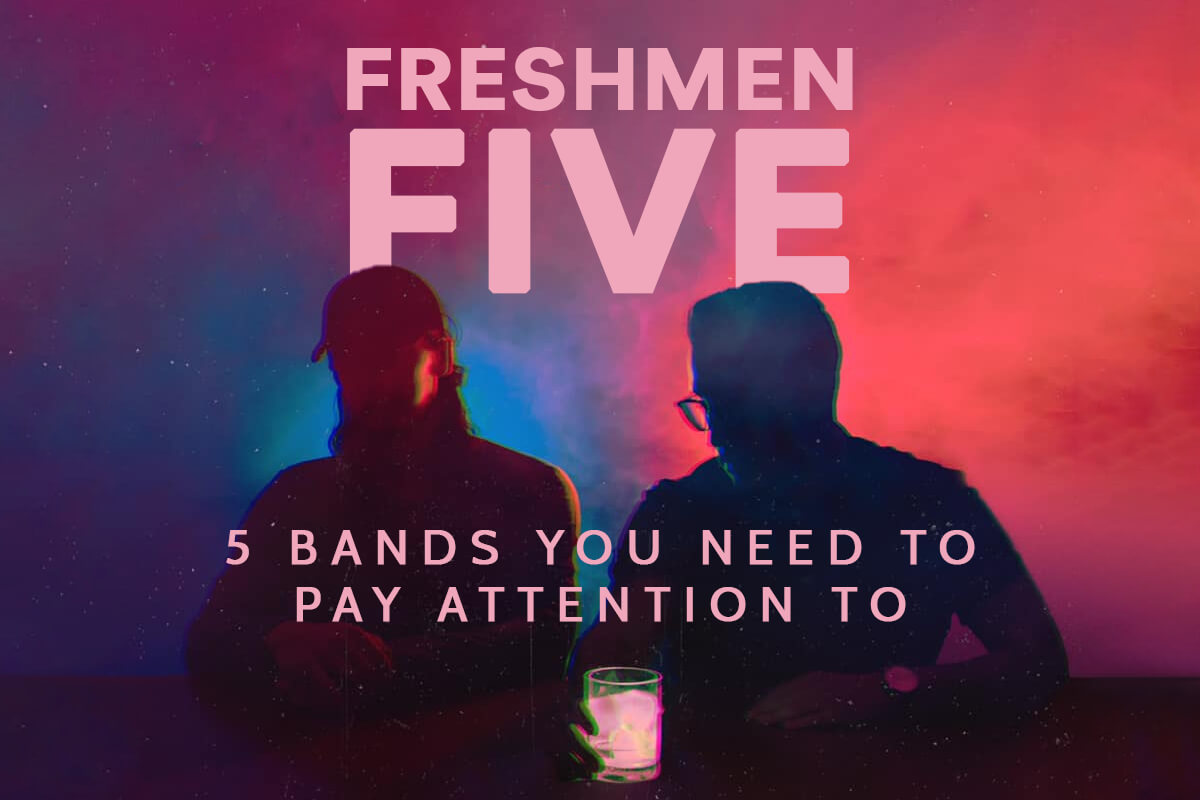 FRESHMEN FIVE: 5 BANDS YOU NEED TO PAY ATTENTION TO 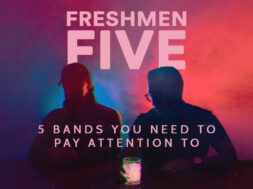 FRESHMEN FIVE: 5 BANDS YOU NEED TO PAY ATTENTION TO

As we know, the scene is constantly changing and evolving, and this year has been no exception despite the insane amounts of setbacks 2020 has caused. Over the course of this year, however, we’ve gotten a glimmer of hope that the scene will be alive and well in the near future, with many up and coming artists coming out of the woodwork with some serious bangers. With that being said, with genres ranging from alternative to deathcore; here’s CaliberTV’s top five up and coming bands that you should keep an eye out for, and thank us later...trust me.

Denver-based musical group NOT A TOY is perhaps one of the most interesting bands to come out of 2020 thus far. The group (not a band as their artist page on Fearless Records states), is made up of four musical creatives; Brason Hoog (lead vocalist), Jeremy Marmor (guitarist), Benji Spolianksy (drums) and TJ Wessel (violin, keys). They have also specified that they do not necessarily fit into one specific genre, but rather that they are constantly making whatever they feel is right. In all honesty, they’re absolutely right; when listening to their top songs on streaming platforms off their self titled EP,  NOT A TOY (which is just straight banger after banger), we go from pop, to indie, to a little splash of hip-hop and even Electronica on a single track. (Check out “Antidote”, you’ll see what we mean)  Not only is this quartet musically talented, but they are also creatives in the crafts of artwork, fashion and videography! Keep an eye out for this talent bunch, you’ll be hearing more about them very, very soon!

Sacramento-based four piece alternative pop/rock band Nerv has broke onto the scene with their EP Bad Habits this year, and if you like Slaves, you’ll without a doubt love this band and their latest release. The band, made up of the former Incredible’ Me vocalist Dillon Jones, guitarists Jordan Grokett and Scott Buchanan, and drummer Tyler Clark, showcased fantastic vocals and beautiful instrumentals on the EP, including two awesome acoustic renditions of their songs “Enough” and of course “Bad Habits”, with the original having over 5 million views on YouTube alone! Nerv is set to release their first single, “Hopeless”, off their highly-anticipated debut album on September 30, and we’re totally here for it.

“After dealing with addiction my whole life, I felt I had to write a song on how I feel about it when it comes to love ones. You feel hopeless just standing by watching someone waste away. You just wanna fix it, but you can’t because it’s not your choice. So you just stand by watching and hoping that things will change.” – Dillon Jones (frontman)

“Anyone who has dealt with addiction, whether it be yourself or a loved one, understands the power it has over you. There’s no controlling it. The harder you try and help your loved ones the more it hurts as you watch it consume them. And the harder your loved ones try if you’re the one suffering, the more painful it is to realize it has consumed you. Sometimes it really does feel like there is no hope. This song reflects those feelings. From the pain, sadness and anger; to the strength, perseverance and dedication it takes to overcome it. It can be beaten. But not before it beats you pretty good first.. to anyone and everyone out there who’s being affected by addiction. You are not alone.” – Scott Buchanan (guitarist)

Orange County-based pop rock duo Hurtwave is making their way into the 2020 scene and man are we here for it! The duo, who is made up of Dayseeker vocalist Rory Rodriguez and drummer Mike Karrie signed to Spinefarm Records after the two apparently swapped demos on Garageband, which is iconic to say the least. The duo released a single titled “Sever”, which is set to be a part of the bands debut EP Night Therapy 1, which is said to be released in several different installments in the upcoming months. The single release showcases Rodriguez’s iconic and absolutely AMAZING vocals while setting the tone for an album that is a solemn ode to heartbreak we all feel at some point. Hurtwave is crashing into the shore with full force and we can’t wait to see what they have in store!

Leeds-based post hardcore band Static Dress is making serious moves in the scene as of this year, with a sound that is super unique to the era of the rock genre that we’re currently living in. Following the release of  “Adaptive Taste” and “Clean.”, the band, who consists of Olli Appleyard (Vocals), Connor Riley (bassist), Tom Black (guitarist), and Sam Kay (drummer), has made their mark incredibly fast, and we totally can understand why. The band gives us an old school post hardcore sound, with a hint of grunge influence but manages to keep a contemporary twist on the sound. The band has yet to release a full EP, but when they do, don’t be surprised if you see these guys on a lineup by next year. After all, the group has already opened for big names like Dream State and Creeper in the UK. Static Dress is a force to be reckoned with, offering us the best definition of emo we could think of in years and we cannot wait to see them make even bigger waves in the near future.

Attention lovers of deathcore, BLEGH fans, and slam dances…this is for you, and man do we mean it. Darko is one of those bands that will really leave you speechless on the first listen and have you coming back for more every…single… time. Emmure drummer Josh Miller and the incredible Chelsea Grin vocalist Tom Barber created a brand new project this year and it’s got potential to turn the scene on its head. Their first single, “Devine Void” which also features special guest vocalist Darius Tehrani from Spite, stands as one of the most brutal releases of 2020 hands down. Their follow up single “Insects” holds up just as well, and has just about every element that should be put into a perfect deathcore song; from vocals to overall production of not just “Insects” but every release of their EP Pt. 1 Dethmasks, Darko might very well be one of the best projects to come out of this year by far and we can’t wait to see what this dynamic duo has up their sleeve next.

“Darko for us is more than a band driven for dominance it’s more than numbers and views to raise egos it’s more than a platform to speak forcing ideals down throats, it’s this creative spark that took on a life of its own, what started as a fun collaboration of two minds has turned into a living breathing vibrational force. The words we forge to the melody that carries them are all carefully chosen to promote thought and aid the listener on letting go.

Even if it’s just for the moment. We are Darko.”