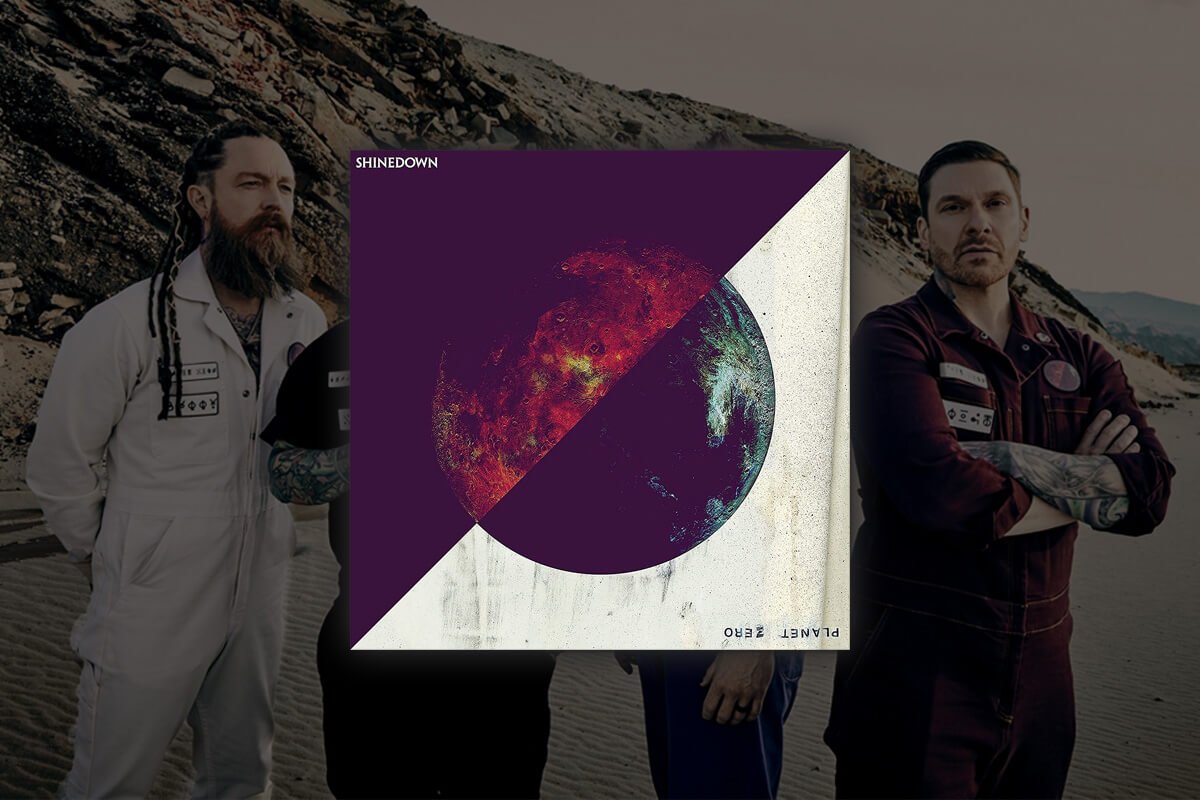 With about two decades of experience under their belts, alternative/hard rock legends Shinedown have clearly established themselves. From the early post-grunge style of ‘Leave a Whisper’ to the pop-focused rock record ‘ATTENTION ATTENTION,’ the band has experimented with many sounds and have crafted numerous hits throughout their career. With their newest record ‘Planet Zero,’ Shinedown combines the best of their styles into one impressive effort.

From a musical standpoint, ‘Planet Zero’ is one of their most energetic and enjoyable records. The album has not only some of their heaviest hitters, but also some of their most ambitiously melodic ballads of their discography. Opener “No Sleep Tonight” and second single “The Saints of Violence and Innuendo” are accentuated by driving guitar riffs and powerful drumming grooves, proving to be two of the harder hitting tunes in recent years for the band. On the other end of the spectrum, the one two punch of “A Symptom Of Being Human” and “Hope” is a beautiful collection of some of their most harmonious ballads, amplified by the use of orchestration and acoustics to provide deeper melody. However, not all of the tracks here hit the mark with musical composition. The odd combination of electronics and delayed guitar rhythm in “Sure Is Fun” is ambitious but doesn’t quite reach the peaks of the rest of the record as it focuses more on being experimental than being cohesively constructed. Closer “What You Wanted” feels like an underwhelming conclusion to a rather explosive record. The staccato orchestration with poppy melodies is a rather unique approach, yet the track doesn’t really go anywhere, leaving ‘Planet Zero’ feeling almost incomplete. Nonetheless, the instrumentation in Shinedown’s latest effort is full of fun riffs and captivating moments.

While the composition itself is rather amusing, the conceptual themes surrounding ‘Planet Zero’ can only be described as “controversial.” Held together by multiple interludes and loose lyrical concepts throughout each track, Shinedown doesn’t shy away from such themes regarding politics, cancel culture, and social media. While I applaud the group for speaking up for what they believe and not being afraid to be polarizing, it is a bold move to release such a politically-centric record. Although many listeners may be opposed to the lyrical themes discussed in ‘Planet Zero,’ the band does a solid job at maintaining consistency in their songwriting that one can appreciate their goal with the record. However, the only true gripe with the album’s concept is the unnecessary interludes that break up the track listing. While they blatantly show the concept, the interludes fail to link songs together and only succeed at breaking the flow of the record.

Despite a lyrical concept that may be hit or miss among fans, ‘Planet Zero’ is yet another great addition to the already fantastic discography of Shinedown. With plenty of heavy hitting tracks and beautiful slower tunes, the band’s seventh full-length provides listeners with the best of both styles. Although it doesn’t quite reach the massive highs of their early efforts, ‘Planet Zero’ remains consistent and shows why Shinedown is still a band worthy of acclaim in the modern rock scene.

tags: Album Review Planet Zero Shinedown
previous EP REVIEW: Spiritbox - ‘Rotoscope’
next EP REVIEW: Yours Truly - 'is this what i look like?'