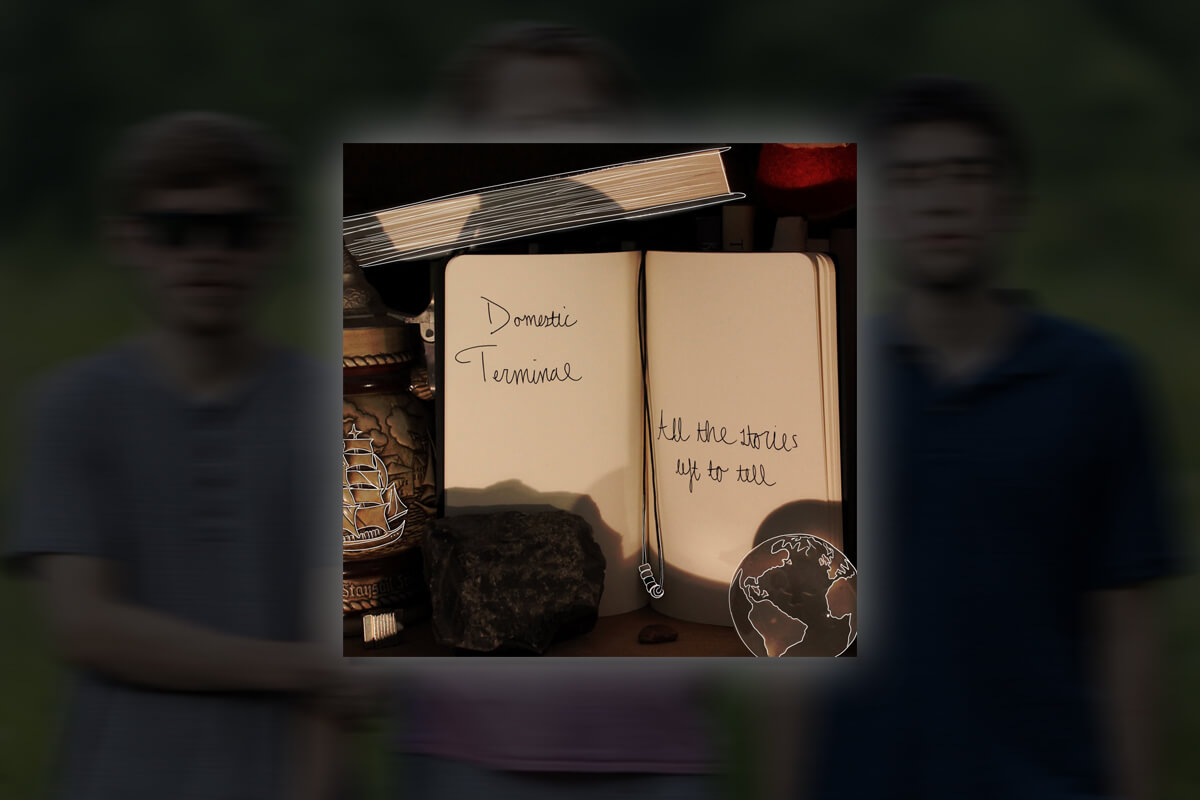 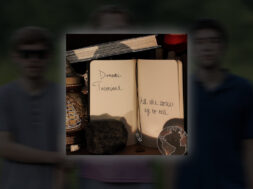 TRIGGER WARNING: Suicide/suicidal ideation is mentioned throughout this review

About nine years ago, I woke up to the devastating news that my friend had died; suicide. There were so many emotions floating around my young twelve year old mind: confusion, grief, despair. Most of all, I felt a bitter anger deep inside. How could someone not share their hardship and embrace support from their relationships? Why did these mistakes and hard times in their life lead them to an abrupt ending? These questions continuously invaded my headspace for years as I saw many of my close friends and family deal with suicidal ideation at their lowest points. Yet in the depths of despair, I’ve seen these same individuals rise above their pain and experience renewal. The hardship remained, but they persevered. This is where ‘All The Stories Left To Tell’ establishes itself. In their sophomore album, Domestic Terminal explores the themes of rebirth and renewal in contrast to the pain and trauma faced in life. Amidst the beautiful guitar progressions, lofty ambient leads, and captivating songwriting lies an intensely deep exploration of facing the difficulties in life (the consequences of mistakes; the harsh reality of consistent pain) and rising above them by looking forward and trusting in what lies in the future, even if it remains uncertain.

With opener “Melt Beneath the Sun/Purple Envelope,” the band brings back the style of their debut, mixing shoegazey guitar leads with atmospheric progressions, allowing a moment of reminiscing on the past. Yet, much like the theme of moving on from the past, Domestic Terminal explodes with a breath of fresh air in their sound. “Blessing And Curses” takes on a newly found energetic approach, with pulsating rhythms and infectious upbeat groove, explored further on the musically triumphant title track. “Shapeless” and “Seven of Your Favorite Stars” embrace an acoustic styling full of intricately composed passages that beautifully express the deep emotion of trusting in the unknown within the tracks. Yet with each new approach, ‘All The Stories Left To Tell’ continuously builds tension throughout, leading to a final climax in the closing shouts of “To The Touch.”

Beyond the captivating musical endeavor, what Domestic Terminal truly excels at is their lyrical narrative. As previously mentioned, ‘All The Stories Left To Tell’ revolves around moving beyond what the past entails and pursuing the future, even if it’s uncertain and unknown. “Koi Pond” and “Blessings and Curses” explore the consistent turmoil of pain and the consequences that seem to never end as time moves on.Yet both of these songs look toward a subtly hopeful future in which you can let go of such mistakes and pain and return to a love so great. “Summit” and “When The Oceans Ran Dry” reference desolate spaces and feelings of hopelessness, yet both are completely redeemed by trusting in the uncertainty and holding on to the desire for a better future. Perhaps the pinnacle of the record’s theme lies in the title track. Dealing with suicidal ideation and the constant battle between holding on and letting go, “All The Stories Left To Tell” unveils the harsh reality behind depression and constant ideation. However, the song doesn’t remain at rock bottom. Instead, the emphatic and triumphant ending declares that it’s not over and that they will remain to tell the stories that are yet to be told and to stay alive for themselves.

This constant shift from reminiscing on past hardship to moving toward a hopeful future is perfectly detailed in the bookends of the record. In the final moments of “To The Touch,” the tension built throughout the entire album is finally released with the resounding call to tear yourself down. The music fades into the calming sounds of the rushing waves of an ocean, leaving a peaceful and somber aftertaste of ‘All The Stories Left To Tell.’ Yet, the story doesn’t end there. With “Melt Beneath The Sun,” the ocean carries on, leading to renewal. It makes Domestic Terminal’s ambitious sophomore effort cyclical in nature in the greatest way possible. In a reality where pain is never ceasing and hardship is consistently prevalent, there is always a way back to a “rebirth.” Even when it seems like it’s the end of the road, it is only the beginning of something far greater.

What Domestic Terminal accomplishes here is something far greater than just another album. It is a statement; an emotional connection that goes far deeper than what the music alone can convey. I’ve sadly seen the lasting effects of suicide in my own life, yet ‘All The Stories Left To Tell’ provides a reassuring message. Even when everything seems to be falling apart, there are stories still left to tell. The pain that you’re enduring can be molded into renewal. What you’re experiencing isn’t the end, but rather the beginning. If there’s one thing you should take away from this powerful record, it’s that there is much more left awaiting you in the future. Don’t take that away from yourself.

It’s for the odds I’d ever be here

And all the stories left to tell

It’s for the ones who never left me

And finally, it’s for myself

tags: Album Review Domestic Terminal Review
previous EP REVIEW: Yours Truly - 'is this what i look like?'
next EP REVIEW: Hot Milk - 'The King and Queen of Gasoline'