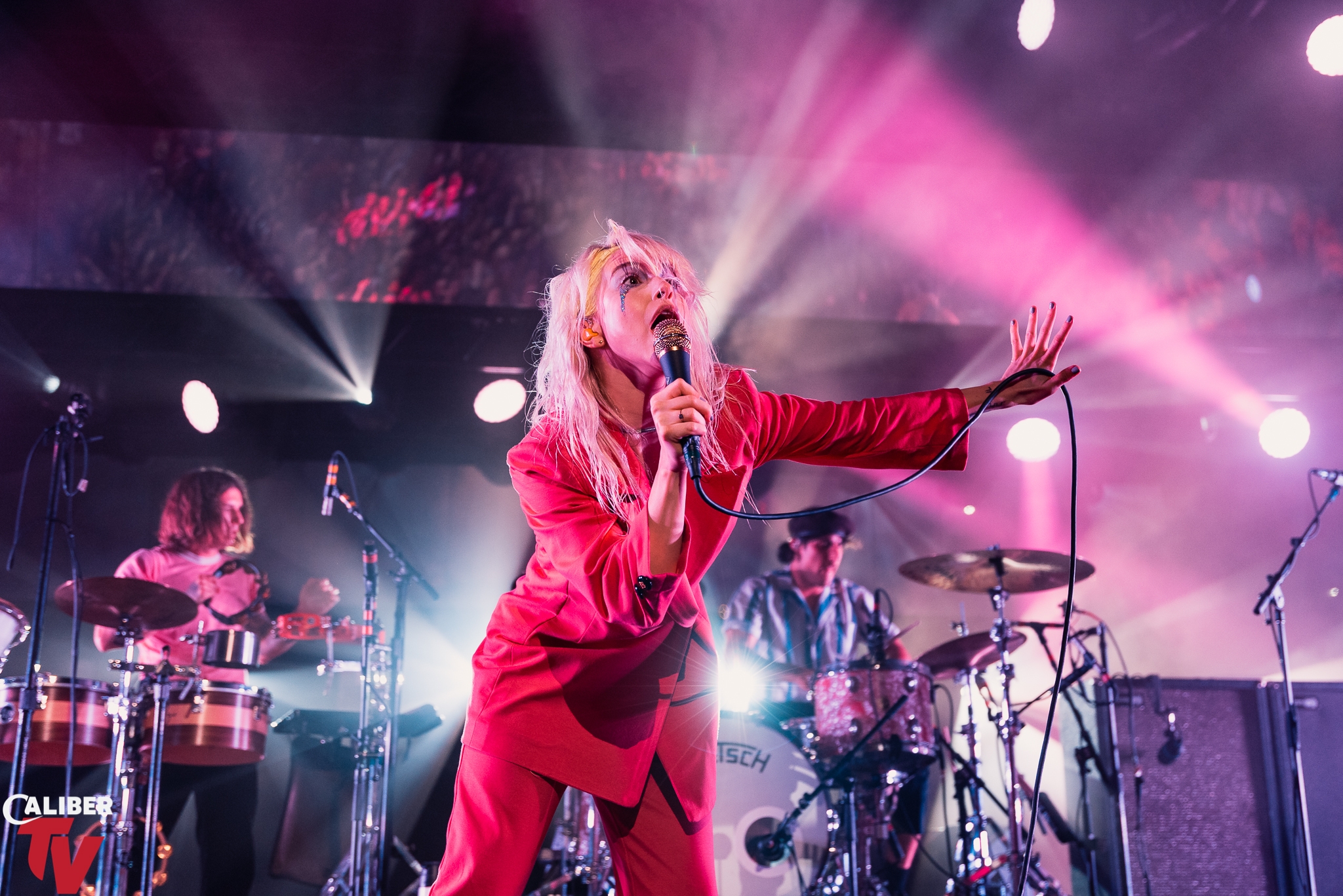 As part of their recent release of After Laughter, Paramore sets out on their summer tour as they return from the Part Two tour last year. Along for this summer tour is Foster The People and Soccer Mommy to open up one of the biggest tours of the summer. Check out the gallery below as photographer Luis Rosales had the opportunity to capture this show.

Up first is Soccer Mommy to warm up the crowd as they walked in from the long lines outside of the doors. The group was only on the tour for about a week but they seemed like the perfect fit for this bill with their mellow sound. The crowd seemed to like the music as they vibes to it really well for the 30 minutes they had on stage. Soccer Mommy was excellent as the crowd filled up the venue for Foster the People to take over.

Coming up next is none other than Foster The People as they just finished up their Sacred Hearts Club tour to jump on this tour. Opening with “A Beginner’s Guide To Destroying The Moon,” “Don’t Stop (Color On The Walls),” and “Lotus Eater” fans erupted in excitement as they got to hear some of their favorites live. Production for this show was stunning as the band the used every color on the rainbow during their set. Fans were loving every second of their set as they sang along to every word and singer Mark Foster would jump around to get the crowd engaged. Once “Pumped Up Kicks” started, fans were ecstatic to hear this hit all the way back to the lawns as everyone would dance. Overall, Foster The People put on a phenomenal show that everyone enjoyed.

As Paramore takes the stage, fans explode as many first timers and returning fans waited a long time for their return to Maryland. They opened up with “Grudges,” “Still Into You,” and “Rose-Colored Boy” for a strong start. Fans immediately exploded into cheer and yelling lyrics at the top of their lungs. Hayley Williams showed off why she’s a favorite to watch, as she was running across the stage doing kicks and spins like it’s nothing. Production was mind blowing to say the least as the entire band was lit up beautifully. A little passed halfway through their set, Hayley Williams did an acoustic set consisting of a cover of Drake, “Passionfruit,” “Misguided Ghosts” and “26” after a brief intermission to get the stage set up. In between songs Hayley took the time to talk and get personal with the audience which many loved and appreciated. After their acoustic, Paramore came back strong with “Caught In The Middle” as fans were caught in the rain dancing for a few minutes. A few songs later, they busted out one of their biggest hits “Misery Business” where they continued their tradition of bringing a fan on stage except this time they brought three fans to sing along with their idols. And in an even more exciting event, Paramore brought a special guest to perform “Ain’t It Fun” and he goes by Saxl Rose to play saxophone along with the band and absolutely crushed it. The band ended the night with their encore of “Told You So,” “All That Love,” and their recent hit “Hard Times.” A fantastic ending an unforgettable night. Paramore put on one amazing show which many walked out of with the biggest smile on their faces at the end.