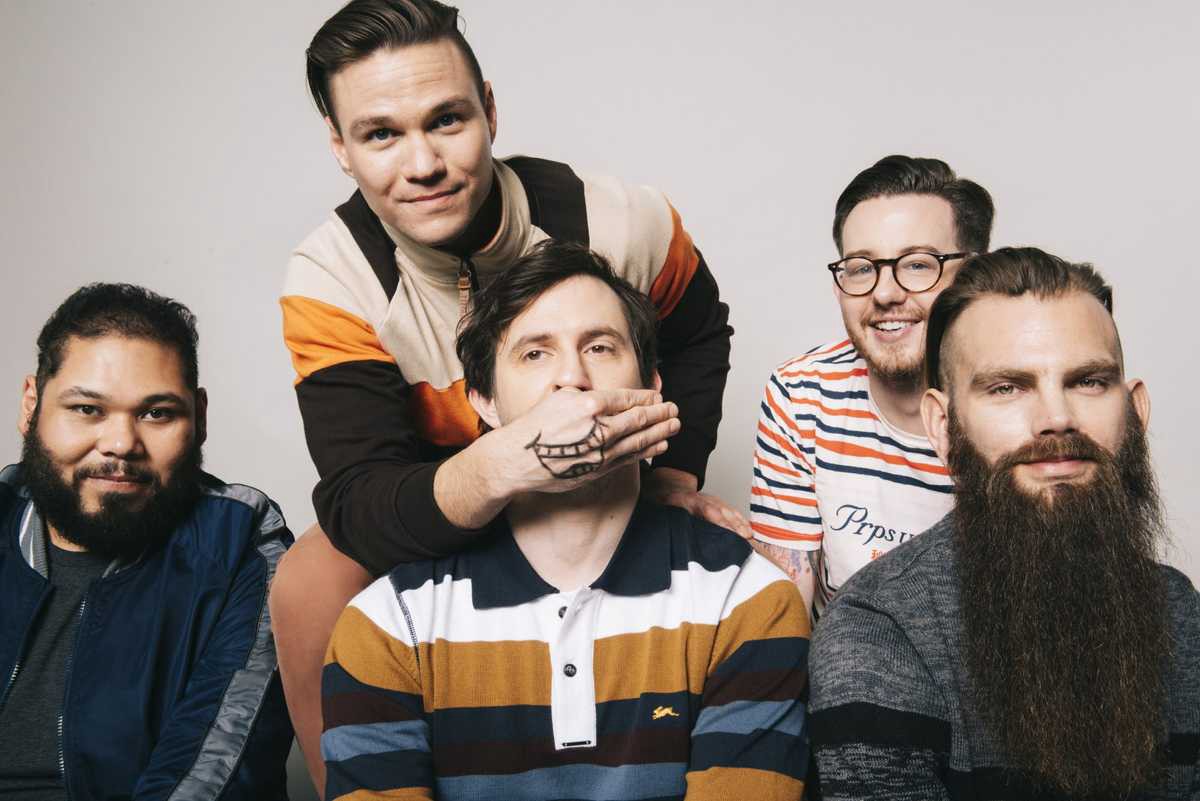 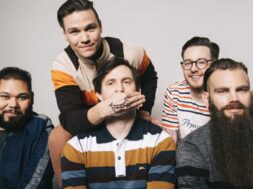 I have a love-hate relationship with covers of mainstream songs in our scene.

On one hand, many are incredibly light-hearted and fun to listen to, and have helped introduce me to bands that I had otherwise skipped over and not given a chance.
Yet, on the other hand, I find a vast majority of them to be very by-the-numbers and uninspiring, which is usually quite the contrast when comparing to the artists’ original material.

Nevertheless, here’s 20 I recommend giving a listen, whether that be because they’re genuinely impressive, enjoyable, or merely to satisfy your curiosity:

Dance Gavin Dance – That’s What I Like (Bruno Mars)
If anyone’s going to do this song justice, it’s DGD. The instrumentals are groovy as hell, the music video is meme heaven and as one commenter put so eloquently; “Tilian’s voice sounds like pure sex”. A classic emo kid summer jam right here.
Ps. Real DGD fans will notice the lyric edits.

Hacktivist – Ni**as In Paris (Jay Z & Kanye West)
I’m genuinely jealous of anyone that’s seen this live, the djenty guitar tone alone is enough to make this cover such an enjoyable one. The breakdown hits too, in typical Hacktivist fashion.

The Plot in You – Let It Go (James Bay)
I’ve said it once and I’ll say it again – Landon Tewers is one of the most underrated vocalists in our scene. Everything he touches turns to gold, and this cover is no different.

Dayseeker – Hello (Adele)
Speaking of underrated vocalists, you can’t have this conversation without mentioning Rory Rodriguez. Wait for that chorus to hit, and tell me Dayseeker don’t deserve to be so much bigger!

I Prevail – Blank Space (Taylor Swift)
Currently sitting at 61 million views on YouTube and certified platinum as of 2019, this cover may not be I Prevail’s sole claim to fame anymore after backing it up with solid records, but it definitely catapulted them up the metalcore/hard rock ladder in phenomenal fashion. Although not nearly my favourite cover, it’s just too huge to exclude from this list.

Pvris – Chandelier (Sia)
Gonna have to be that guy and say “better than the original” on this one, Lynn Gunn absolutely nails the vocals and really shows off her range. She adds a raspiness and power that the original just doesn’t.

Mayday Parade – Somebody That I Used to Know (Gotye)
Turning this quirky pop song into a classic pop-rock anthem, Mayday really made this cover their own. There’s no surprises it was the first Punk Goes Pop song to make it on the Billboards, reaching #18 on the Rock Charts. Vic Fuentes’ sneaky guest verse played a helpful hand in this, I’m sure.

The March Ahead – Story of My Life (One Direction)
Johnny Franck (original Attack Attack! vocalist/bassist) has been making waves under the name Bilmuri recently, and while fans have finally been putting two and two together, many are still unaware of his other project The March Ahead. Started in 2011, the style is very similar to self-titled AA! (minus the screaming), so be sure to check it out if you’re craving that Rise Records nostalgia. As for this One Direction cover, you may be surprised by just how pleasing of a listen it is!

We Came As Romans – Glad You Came (The Wanted)
Although not groundbreaking by any means, WCAR’s spin on this The Wanted song is an undoubtedly fun listen. It’s regular inclusion in their setlist despite such a strong catalogue to choose from is just testament to how much their fans enjoy it. RIP Kyle Pavone.

Confide – Such Great Heights
Was I the only one who’d jump from video to video on YouTube in the late 2000’s-early 2010’s, listening to a very specific pocket of post-hardcore bands? You know, the ones that didn’t quite make it big, but had a catchy clean chorus no matter what? For those who know what I’m talking about, you’ll understand this cover is an absolute staple of that scene. It may not have aged well, but it has that 2009 charm written all over it.

Oceans Ate Alaska – Drunk In Love (Beyonce)
I’d be lying if I told you most ‘heavy’ songs in the Punk Goes Pop discography were anything more than a bland metalcore chug-fest. Thankfully OAA inject their own chaotic and technical style into this cover, and Chris Turner’s drumming makes it an obvious standout – as usual.

Silverstein – Apologize (One Republic)
Silverstein’s take on this already confirmed banger fits seamlessly into their already solid discography, and is arguably one of the strongest Punk Goes Pop songs to date. Their consistency is near unmatched, yet another reason why they’re only getting bigger while so many of their mid 2000’s counterparts dropped off.

Between The Buried And Me – Bohemian Rhapsody (Queen)
Very brave attempt, and a successful one at that. Enough said, really.

Ice Nine Kills – Someone Like You (Adele)
Heavier, sped up instrumentals and Spencer Charnas’ theatrical vocal style make for a very solid spin on this Adele classic. Oh, and I’d be doing you a disservice to neglect mentioning the love interest in the music video isn’t a girl, but a cute little dog.

Betraying The Martyrs – Let It Go (Frozen Soundtrack)
Between 2013 and 2016 you’d be lucky to enter a store, listen to the radio or scroll through a boomer’s Facebook profile without being bombarded by Frozen, and BTM took full advantage of this. A deathcore cover of such a child-friendly song was always sure to garner curiosity, and this made for a very well-executed marketing strategy for the band, coming just a day before the release of their 2014 album ‘Phantom’. With soaring riffs, blast beats and a very aesthetically-pleasing music video, there’s no surprise it’s their most viewed and listened to song by millions.

State Champs – Stitches (Shawn Mendes)
This one has all the makings of a good pop punk song – super catchy vocal melodies, classic structure, gang vocals and cliche lyrics. I seriously wouldn’t blame you for thinking this was an original State Champs song.

Northlane – Let It Happen (Tame Impala)
One of Australia’s best heavy exports turning psychedelic pop/rock isn’t something I’d complain about after hearing this cover. Seriously impressive, and easily one of the best songs on this list!

Fall Out Boy – Beat it (Michael Jackson)
Covering MJ isn’t to be taken lightly, but reaching #19 on the Billboard 100, becoming a mainstay on the iTunes Charts and receiving an MTV VMA nomination for Best Rock Video is proof enough that FOB knocked this one out of the park. That John Mayer guitar solo is real smooth too, by the way.

The Devil Wears Prada – Still Fly (Big Tymers)
Often credited by fans as one of the songs that got them into heavy music, this cover is basically a cult classic at this point. Although pretty dated, there’s no denying it didn’t die along with our old mp3 players. The same can’t be said for the rest of Punk Goes Crunk though.

Volumes – Hold On, We’re Going Home (Drake)
Michael Barr’s such a versatile vocalist, and listening to this cover only makes me more excited for him to be back behind the mic in Volumes. The man can sing, let’s hope their new material really showcases it!

tags: Betraying The Martyrs between the buried and me Confide Dance Gavin Dance Dayseeker Fall Out Boy Hacktivist I Prevail Ice Nine Kills Mayday Parade Northlane Oceans Ate Alaska Punk Goes Pop pvris Silverstein State Champs The Devil Wears Prada The March Ahead the plot in you Volumes We Came As Romans
previous HOW YOUR FAVORITE BANDS ARE SUPPORTING THE BLACK LIVES MATTER MOVEMENT
next TOP ALBUMS OF 2020 SO FAR: YOURS & OURS