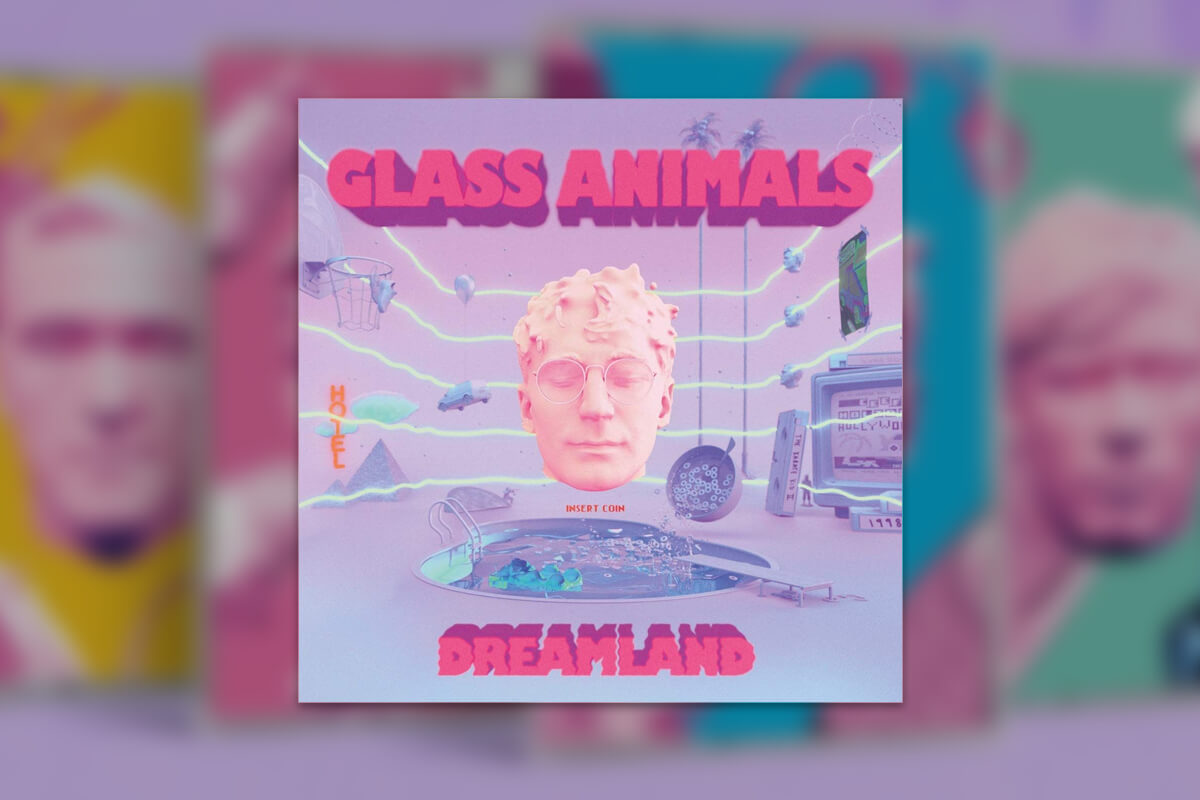 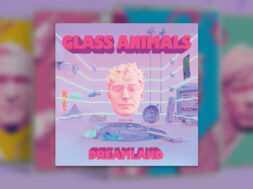 Since their last release, How To Be A Human Being in 2016, English pop group Glass Animals have returned to drop their third studio album, Dreamland, today. The title track starts the album off on nothing less than an ambient a-la-Zaba note that feels like both a recollection of memories in a dreamscape and a prologue for everything that’s going to be discussed in its following 16 songs.

The album goes right into “Tangerine,” where a trip-hop beat meets a bouncy synth loop, a combination that arguably defines much of Glass Animals’ indie, trip-hop, psychedelic sound. “Tangerine” explores a personal relationship in which singer Dave Bayley watched someone change beyond familiarity on a more introspective note, and the lyrics “I wish I could make you somebody else, but I left it way too late; are you stuck in your own ways?” in the pre-chorus perfectly capture that essence.

A brief six second interlude “((home movie: 1994))” gives way to “Hot Sugar,” which has a shimmering, almost spacey feel to complement its theme of the illusion of falling in love with a person you happen to admire, when you’re really infatuated with their energy and wish you carried yourself in the same way.

After 13 seconds of “((home movie: btx))”, another interlude that sounds like it was sampled from a childhood home movie where Bayley grew up, the slight stylistic curveball “Space Ghost Coast To Coast” showcases the side of Glass Animals that’s undeniably influenced by hip hop and undeniably a vibe. The layered percussion sounds forming the beat of this track really stuck out to me as a listener and kept my attention from start to finish.

“Tokyo Drifting” plays off the same sound and features rapper Denzel Curry, a feature listeners may not have expected on a Glass Animals album until they heard the sonic identity the band crafted for Dreamland. If at any point you thought the band pulls off putting their personal twist on R&B and hip hop exceedingly well, this track will supersede anything else you’d cite as an example.

If a listener called “Melon and the Coconut” a B-side song, I wouldn’t disagree– and neither would Glass Animals; “sometimes B-sides are the best songs”. The short track carries another piece of the album’s theme as it reflects on accepting how life goes on, regardless of how our personal paths change.

“Your Love (Deja Vu)” is the most danceable song on the album if it’s not already one of the catchiest. When I first heard it as a single, I had it on repeat for weeks. Don’t be fooled by the upbeat tempo though; thematically, the song explains dynamics in any type of one-sided, unhealthy, or addictive relationship we may find comfort in despite knowing the damage it does onto us.

“Waterfalls Coming Out Your Mouth” reflects on the versions we present ourselves as vs. who we are, and specifically in the context of relationships. Here, the singer is imploring the listener to ask themselves why it’s hard to be “vulnerable” in a sense and truly be themselves from the beginning. Aside from having some of the most in your face lyrics on the album, this track’s quiet–but nonetheless sonically captivating– bridge was my favorite part of the song.

“It’s All So Incredibly Loud”– ironically the most quiet song on Dreamland– poetically explains the deafening silence we face when relaying heartbreaking things to someone at one point or another. Perhaps, the most grandiose interlude “((home movie: rockets))” transitions the album into its home stretch.

“Domestic Bliss” recounts the singer’s first memory and first-hand experience with domestic abuse. Lyrically, I found this song incredibly emotionally touching, and felt anyone who’s ever witnessed or experienced an abusive relationship dynamic they yearned to be liberated from would find it equally relatable and cathartic.

I was floored the first time I heard “Heat Waves”, arguably the best of the four singles released in Dreamland‘s album cycle. It just is. “Heat Waves” is a song– of the summer, of 2020, and one of the most upbeat anthems for accepting loss and defeat. The final interlude, “((home movie: shoes on))”, has an ambient quality about it I couldn’t quite put my finger on why I enjoyed, and transitions into Dreamland‘s closing track, “Helium”.

The harmonies and falsetto vocals in the intro of “Helium” are extremely well done– and not to discredit this trademark of the band’s sound; rightfully so, being at the beginning of the song allows the song to sonically “wind down” as it progresses. Though the lyrics can be interpreted as an account of a relationship, the broader meaning of the song touches on the uncertainty we all face in life and ultimately ends Dreamland on a beautifully poetic note.

After listening, I concluded Dreamland is a perfect end-of-summer soundtrack and a hopeful contender for many Album of the Year lists in 2020 including my own, and I implore anyone I’ve piqued the interest of to go listen for themselves.

tags: 2020 Dreamland Glass Animals Review
previous REVIEW: SLAVES - 'TO BETTER DAYS'; A FORCE TO BE RECKONED WITH
next REVIEW: IN HEARTS WAKE DETAIL THE END OF AGES ON 'KALIYUGA'