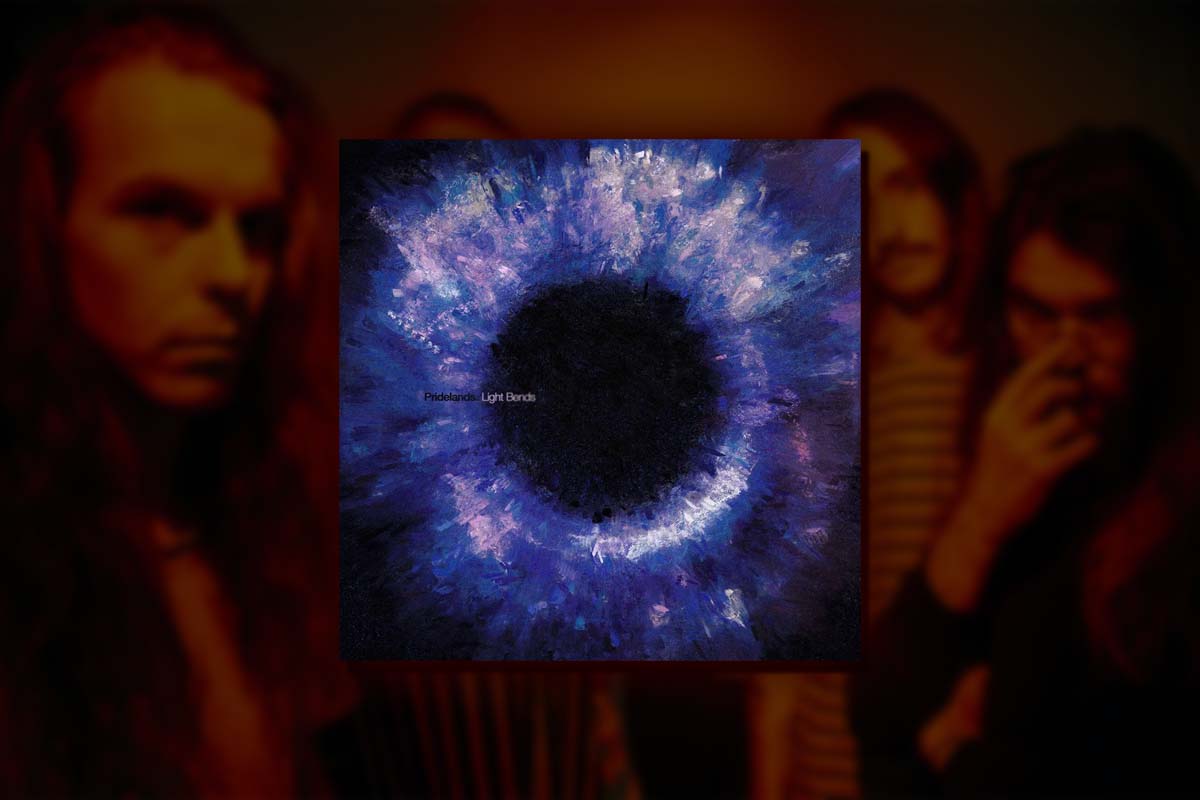 Over the last several years, Pridelands has begun to establish themselves as a rather prominent modern metalcore group. They have everything necessary to succeed in the genre. Driving grooves, catchy melodies, intense vocals, techy riffs, all the necessities. But that’s just it, it was everything needed for metalcore that has been crafted before. However, with ‘Light Bends,’ Pridelands has gone beyond their utilities and crafted a record of impressive songwriting and cohesive band chemistry. Instead of fitting into the metalcore mold, they allowed their music to breathe and forge its own path, resulting in airy record full of captivating melodies and infectious rhythms.

Throughout the album, the group shifts back and forth between their aggressive and melodic natures, providing listeners with a contrast that presents itself beautifully within ‘Light Bends.’ With the opening stretch, “The Walls” and “Antipathy” showcase Pridelands’ ability to compose catchy, rhythmic riffs that glide across the tracks with a rich, aggressive tonality. On the other hand, “Evergrowth” and “Safer Here” experiment with the more atmospheric and lucid aura of the band’s style. These melodically beautiful moments captivate listeners with lush ambience and subtle progression in the songwriting. Whether focusing on the intense or the gentle, ‘Light Bends’ excels in combining the two seamlessly, crafting an effortless, cohesive project that balances the heavy and the light aspects.

Ultimately, what propels this record above their previous is the balance of the vocal styles. In the past, they’ve been reliant on the abrasive screams and putting cleans over certain verses and choruses where it seemed right. However, with their latest effort, Pridelands allows the vocals to breathe and find their place without being forced. “Parallel Lines” finds itself encompassed by powerful screams throughout its verses, only to explode into a massive clean chorus with rich, gritty singing that elevates the track even further. “Translucent Blues” utilizes the screams to build the composition to an immense climax that leaves listeners captivated by its overwhelming presence. Through both the screams and cleans, ‘Light Bends’ produces an atmosphere that naturally progresses and feels whole and complete.

Despite this being the group’s debut full-length, ‘Light Bends’ already feels like a record crafted by even the most seasoned veterans of the genre. Without feeling disjointed or forced, Pridelands’ first record feels natural and composed, allowing the songwriting to follow its own path separate from normal routine and formula. With this being just their first album, one can only imagine what their discography will have to offer in the future with such a powerful first impression.