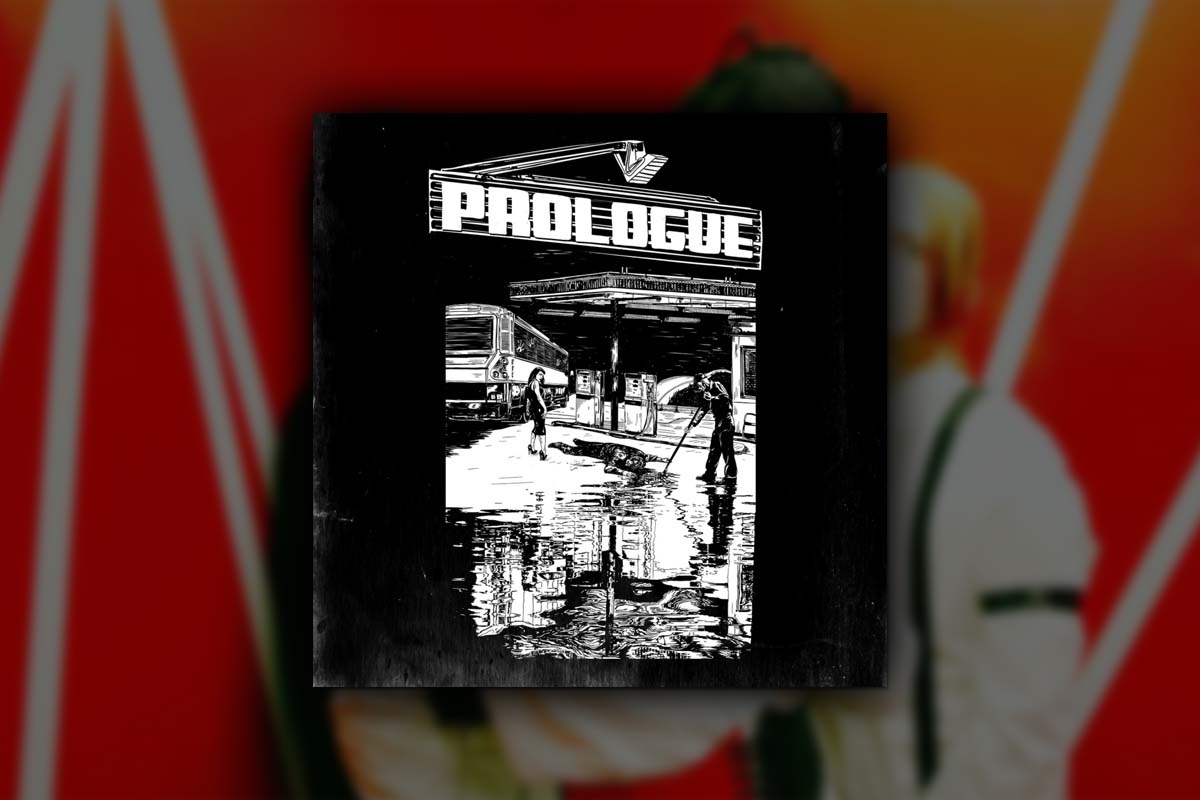 Rising UK post hardcore outfit Static Dress have released their debut EP ‘Prologue’, set as a soundtrack for an accompanying comic book of the same name that details the story and lore interwoven with the EP’s release and lyrical content. The EP is the precursor to the band’s upcoming full-length record set to release in 2022.

Originally demos never intended for full released, the 9 tracks on ‘Prologue’ were exclusively sold as self-produced demo CDs at the band’s summer shows, aptly dubbed ‘TBC’ by fans. After overwhelmingly positive feedback, the band re-recorded and professionally produced the EP after months of teasing fans with cryptic messages and puzzles. The EP is an engaging listen, ranging from the visceral one minute-long burst of chaos “foreplay – is not my forte” to the alternative rock leanings of “Vague”, with the record’s five songs being intertwined with four unsettling interlude tracks that push the narrative of the story along.

Dissonant guitars and frantic screams come to life on the Underoath-inspired “Disposable Care”, a firecracker of a track that opens the record on an intense note. Bassist Connor Reilly and the mysterious guitarist known only as “Contrast” display their best performances of the EP, full of pummeling riffage and a booming bass presence. The track explodes in its final minute, ascending to a new level in a quick shoegaze bridge and an incredibly intense breakdown to close the song. The best moments of the EP come in the nuanced intricacies hidden within the most dynamic parts of the tracks. The sudden pause in the chorus of “disposable care” or sudden powerful screams during the its heaviest moments from Olli Appleyard really make this EP and further prove that Static Dress never shies away from the unexpected.

While short- clocking in just over 15 minutes in length- ‘Prologue’ is a solid representation of the band’s style for brand new fans and those who have been following Static Dress’ immersive journey for awhile now. The EP is just the tip of the iceberg of potential for Static Dress, with the fact that these are the b-sides of their upcoming album despite some tracks being their best yet testifying heavily to the consistency and quality standards the band has placed on themselves and setting the expectations high for their future releases.

Soaring chorus hooks get stuck in the listeners head instantly over upbeat instrumentation in “Sober Exit(s)”, a mall emo-styled track led by a fantastic performance from drummer Sam Ogden and Olli Appleyard’s smooth transitions between clean singing and fry screams. It’s a track that further expands the band’s sonic palette and testifies to their desire to push across genre boundaries while paying homage to the scene genres of the 2000s.

Sam Ogden steals the show across the entire EP, with rhythmic drumming that brings energy to every song on the record. This is most apparent on the final song “Vague”. Led primarily by choppy beats and constant fills and even a drum solo section, the track explodes in it’s final chorus thanks to his performance, elevating the track to being the song I’ve come back to the most on the entire EP.

‘Prologue’ is a must-listen for any fan in the emo scene right now from one of the genre’s most promising and exciting new artists. Watch the official music video for “Vague” below.