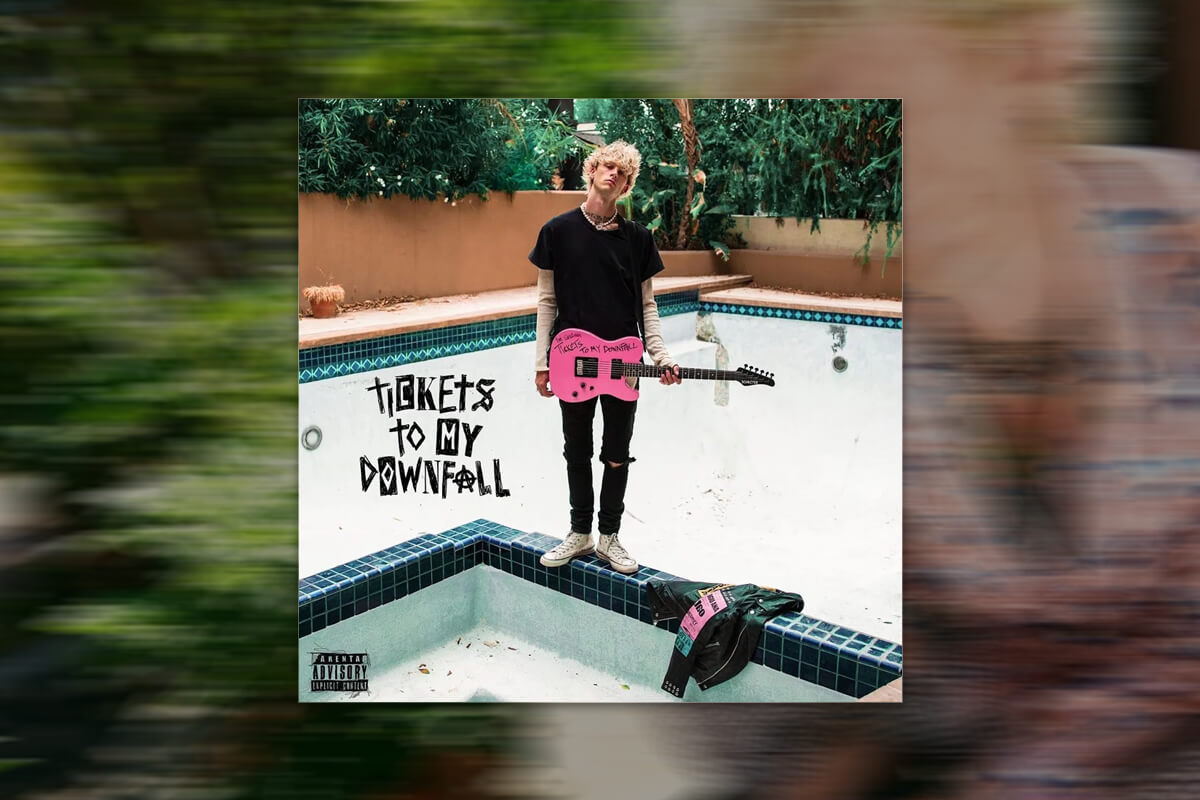 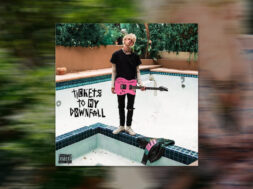 It’s safe to say when Machine Gun Kelly (abbreviated as MGK) began uploading videos to his YouTube with a guitar around his neck playing Paramore covers and doing Linkin Park tributes, the rock world let out a loud cheer. There’s hardly a bad side to someone from the world of mainstream hip hop and pop bringing some attention to the musical world long deemed dead, rock. It wasn’t long after that MGK began doing interviews saying he was longer a rapper and wanted to revive ‘old-school pop-punk’. Wait, really?

So here we are, post-MTV Video Music Awards where MGK, with a backing band including Blink-182’s Travis Barker, played a blaringly loud pink guitar to the tune of mid-2000’s punk rock on live television. The release of Tickets To My Downfall is getting not only attention from his world, but attention from ours. Does MGK traverse musical universes well? The short answer is mostly yes. While Tickets To My Downfall may unashamedly take every aspect of both classic and modern Blink-182 and throw a lead vocalist in that, for the most part, still sounds more like a rapper than a rocker, it nails the catchiness and energy that pop punk is well-known for. Singles “My Bloody Valentine” and “Concert For Aliens” are the pitch-perfect proof of this.

Interestingly enough, there’s 14 more tracks where those came from and none of them are over 3 and a half minutes. Most of them even dip below 2 and a half minutes. That begs the question, does this record get extra points because the creator in question is innovating within his scene? For that, we have to look at two other examples, both of which feature guest vocal spots from established modern pop music giants. “Forget Me Too” is almost Paramore-esque featuring a verse-chorus trade-off with Halsey that has her sounding shockingly like Amy Lee of Evanescence. Her register is incredibly impressive. Though this track still has both of its singers sounding as if they’re performing pop and power chords are just the instrumental of choice, it’s a promising moment of genre crossover. The other example is “My Ex’s Best Friend” which features Blackbear and is far and away the best song on the record. It plays more like an R&B track with bursts of punk guitar and is so incredibly catchy that it gets away with it.

The remainder of Tickets To My Downfall shows that MGK is obviously new to this particular genre. Starting with the title track, a large majority of the songs bleed together and are really only punctuated by the lead singles. In fact, many of the songs tend to follow the same chord progressions with the same melodies. MGK also only has one register and never truly feels like he is meeting the style of music with genuine delivery. For most of the record, he sings about being back on drugs, being hungover or the weight of fame but with minimal heart or integrity to his words. To his credit, he is showing major improvement in releasing this album and putting himself out there. The more he sticks with this style, the more he will truly find his voice. But it’s just not quite there yet.

Tickets To My Downfall feels like an alternate universe MTV experiment that would have been started by some sort of reality TV show. It may not have the most convincing lead, but its songs could certainly fool anyone into thinking this is a lost Blink-182 album. Due to its lyrical content and attitude, one could see this as the new form of rap-rock instead of an amateur take on pop-punk. Either way, Tickets To My Downfall will have its audience.