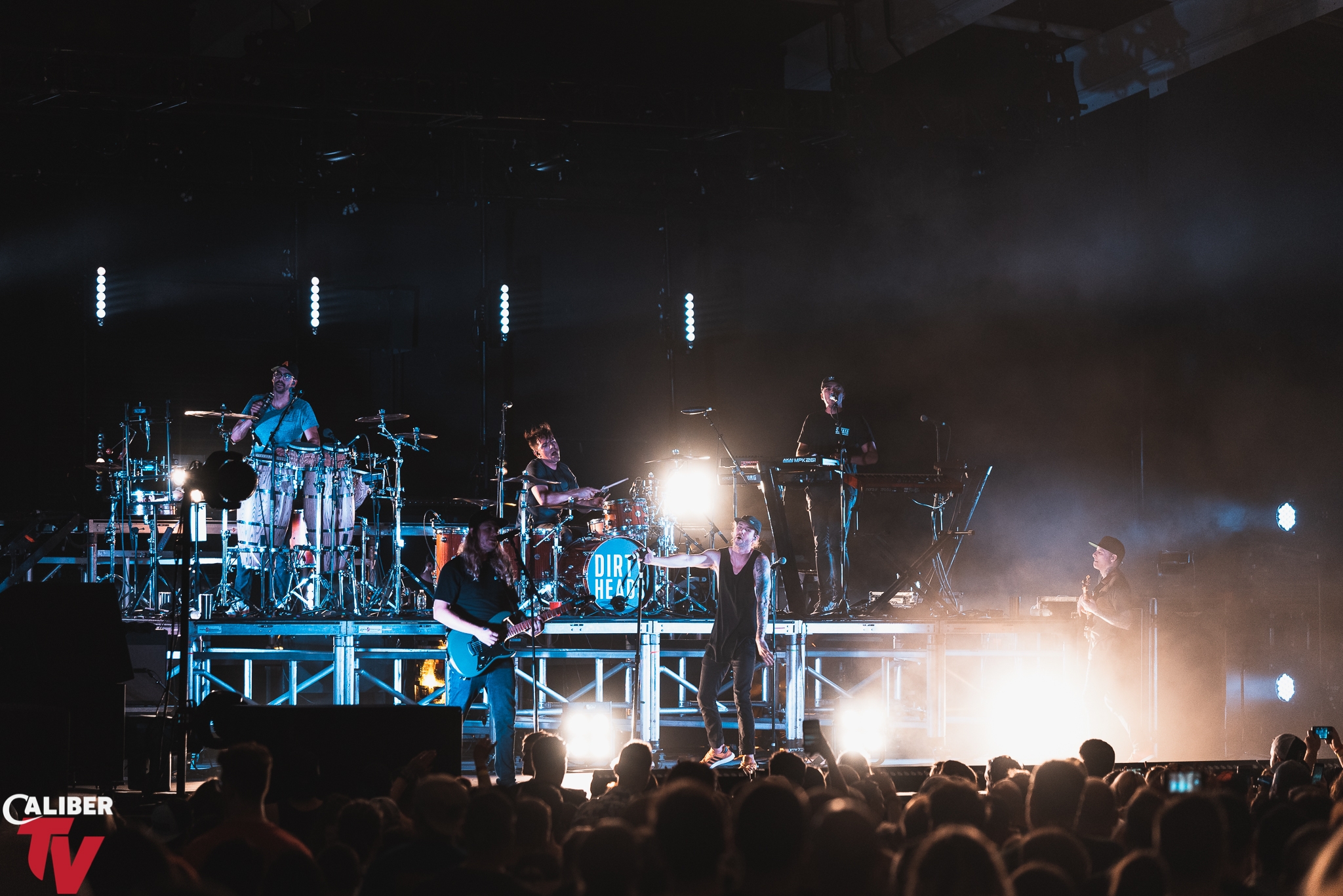 Making their annual comeback to Baltimore the newly renovated and renamed MECU Pavilion, Dirty Heads comes around with Iration, The Movement, and Pacific Dub. Check out the gallery below as photographer Luis Rosales was able to capture this fantastic show.

Up first on this tour is Pacific Dub, as the fans start rolling in at a steady pace, they were greeted by their extremely chilled reggae sound. They had a particularly shoot set of about half an hour but they made the best of it. Having as much production as the daylight would let them use, Pacific Dub made what normally would be a sunlit stage, a colorfully lit stage.  These guys were outstanding as an opener for this tour and could easily see them getting bigger from here on out.

Up next bringing a slightly faster paced sound, The Movement takes over as they had a lot more room to play with lighting as the sun went down. The band started off with a powerful drum hit kick things off. The crowd was definitely feeling the band as they made their way to their seats to watch the group perform the night away. The group sounded fantastic from the powerful bass to the soulful keys and comforting voice from Josh Swain. The Movement’s time on stage went noticed as fans all over jammed out throughout the night.

Iration takes the stage next as the golden hour approaches in Baltimore making for optimal outdoor concert viewing. Their production was spectacular to watch with their wide array of colors and smoke they used to make the light pop. The band had a much higher presence as they were here last year and really made an impact for many fans here in Baltimore. During their set, Iration asked everyone to get up from their seats to interact with the band have more fun. For almost an hour, the band had the crowd’s full attention with their powerful bass lines and use of trumpets to add an extra uniqueness to their sound. They played a few songs off their new self-titled album Iration which definitely had fans excited. Overall, Iration put on a fantastic set here in Baltimore as The Dirty Heads got ready to close out the night.

Closing out the night for their headlining tour, Dirty Heads take the stage with their dark presence starting with “Medusa.” Hit after hit, the band continued to give the fans exactly what they wanted. As the night went on, their stage would gradually light up with every song. Fans sang along the entire night nonstop from the pit, all the way to the lawn seatings of the pavilion. Visually, the Dirty Heads was able to capture everyone’s attention by having a spotlight on singers Dirty J and Duddy B during certain parts of the show which made for a very intimate feeling. At the end of their show, Dirty Heads closed out with an impressive 5 song encore consisting of “Sloth’s Revenge,” “Vacation,” “Oxygen,” “That’s All I Need” and “Oxygen Remix Dance Party.” With an ending like that, all it did was make fans wish the show never ended. Dirty Heads is a show not to miss as they played a spectacular show in Baltimore.