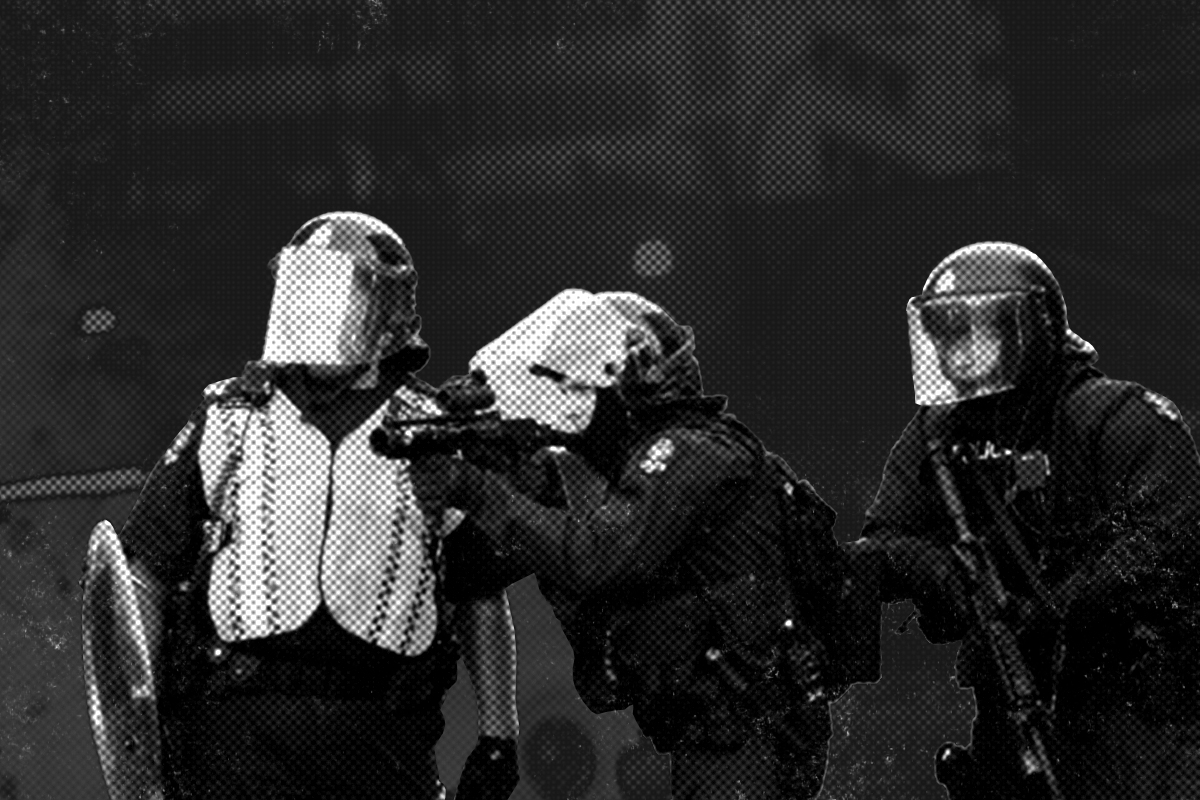 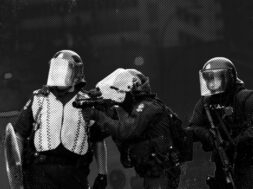 Ideas of anti-establishment, equality and activism have always been at the forefront of heavy music. Musicians in our scene have always been extremely outspoken regarding social and political issues, as well as human rights.

Considering the current climate, here’s a list of 10 bands and their lyrical perspectives on police brutality, particularly in relation to BIPOC:

“It may not be about race but it is about color
May have most of them fooled but not me motherfucker
How can the filth clean up the streets?
Fuck a blue uniform
It don’t mean nothing to me
Trained to never trust us
So where the fuck is the justice?
Trigger happy lunatics walking a beat
When you won’t do what they say, then they turn up the heat”

“You’ll never forget his face, we’ll always remember his name
Swearing to serve and protect, the shield becomes a badge of shame
Your blood is running, don’t you like the taste
Dominant control, there won’t be a trace
Society accepts this force of neglect
The marginalized and weak, those without a voice to speak
You killed the very person that you swore to protect”

“We say that ‘Black Lives Matter’
Well truthfully they really never have
No one ever really gave a fuck
Just read your bullshit history books
But honestly it ain’t just black
It’s yellow, it’s brown, it’s red
It’s anyone who ain’t got cash
Poor whites that they call trash

They can’t, fuck with us
Once they realise we’re all on the same side
They can’t, split us up
And let them prosper off the divide

Don’t fall for the bait and switch
Racism is real, but not it
They fuck whoever can’t fight back
But now we gotta change all that
The people have had enough
Right now, it’s them against us
This shit is ugly to the core
When it comes to the poor
No lives matter

You never see them pulling rich people out of their cars
In their neighbourhoods because they know they got lawyers
They know they’ll sue their ass
They can tell who to fuck with
Unfortunately, black or brown skin has always meant poor
They’re profiling you kid
They know you can’t fight back, but we about to”

See we always on the run
‘Cause they be chasing us for fun
When the neighbourhood in pieces
They say to pray and look to Jesus
Light a candle with the sun
‘Cause we lost another one
Got us pledging our allegiance
To a hand that doesn’t feed us
Preach
I got a mouth like Malcolm
And hands just like Ali
Black Panther, white mother
You better not try me
I got a mind like Martin
Visions of Rodney King
My city’s on fire”

“What will be the straw that breaks the camel’s back?

I refuse to bite my tongue
the revolution has begun
I refuse to die next
Lift your boot from my fucking neck.

Refuse to become another target, another victim
Refuse to be labeled another thug or animal.

Fuck those who kill

Every time I see an officer behind me
I can’t help but view them as an enemy
True fear systematically
Time’s up, you fucking cowards”

So when you look at me, what do you see?
You treat me like your enemy
Am I your enemy?
I’m just a man, trying to be
And yet you want to step on me?
Am I your enemy?
When you abuse authority
I can see that you’re weak
And I don’t bend my knee
I am your enemy”

Won’t stop until they incarcerate
Cleansing civilians, starting from scratch
Inflicting of evil, on the masses
Crucify, march in line
Won’t hesitate until they die

Agitate
Mutilate
No one left unscathed”

Year of The Knife – “Blue Lies”

Fuck your force
Fuck your laws
Your hands
Are the cause of it all
How do we trust
When you intimidate?
And death by an officer
Is always the fate?

tags: Body Count Candy Earth Caller Fever 333 Issues Jesus Piece Kublai Khan Stray From The Path Year Of The Knife
previous TOP ALBUMS OF 2020 SO FAR: YOURS & OURS
next 20 ACOUSTIC REIMAGINED RENDITIONS JUST AS GOOD AS THE ORIGINALS