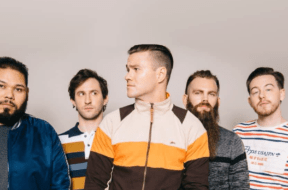 March 22, 2019
Alfredo Preciado
Just a week ahead of their inaugural SwanFest event and the beginning of their Artificial Selection headliner, Dance Gavin Dance have released a music video for a brand new single titled “Head Hunter.” Themed around the times of the wild west, the music video shows an epic battle between the two co-vocalists Tilian Pearson and Jon Mess […]
Read more 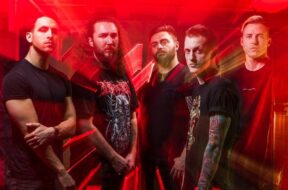 March 18, 2019
Alfredo Preciado
I Prevail are gearing up for the release of their upcoming sophomore album Trauma and have now released a music video for their brand new single titled “Paranoid.” Trauma is set to be released on March 29th via Fearless Records. Watch the video now below.
Read more 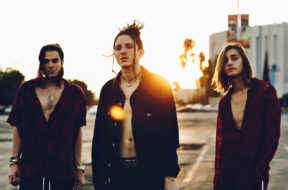 October 16, 2018
Alfredo Preciado
Rising Indie-pop trio, Chase Atlantic, have released yet another new single titled, “YOU TOO.”  “YOU TOO.” is the third single released since the group’s self-titled record, just behind “Numb To The Feeling” and “Tidal Wave”. The trio will be heading out on a world tour this fall with support coming from Cherry Pools and RILEY. […]
Read more

September 16, 2016
Alfredo Preciado
Yesterday, Attila frontman Chris Fronzak uploaded a video to “come clean” about his offensive nature and announced that there will be an official apology. Today, the band has released a brand new single titled “Public Apology”, which is anything but what the title suggests. The track is taken from the band’s upcoming album Chaos, which will be […]
Read more

September 16, 2016
Alfredo Preciado
Following their signing to Fueled By Ramen, ONE OK ROCK have released a brand new single titled “Taking Off”. The track will be on the band’s upcoming English-language album which will be released in early-2017. Stream the track now below.
Read more