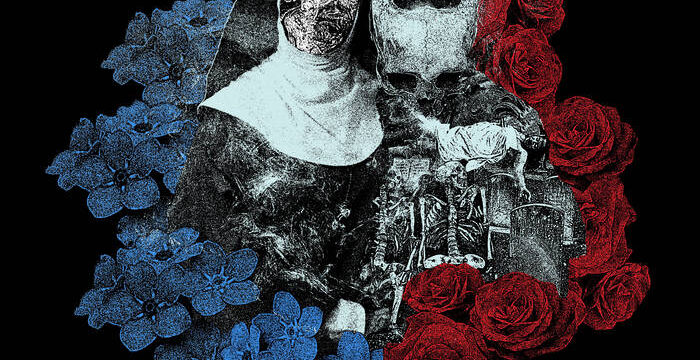 September 9, 2016
Matthew Powers
The leaders of the late 2000’s metalcore scene have been finding various ways of progressing onward from a strictly ‘core-influenced sound. With the death of one trend comes the birth of another which brings the topic of more ‘mature’ music styles to light. Since figuring out there’s more to being heavy than breakdowns, Of Mice […]
Read more

March 17, 2016
Matthew Powers
Being a pioneer of an entire movement in music is quite the title to be tagged with. Earning that divine right of accountability means other musicians heard your music and followed in your prestigious footsteps. This is certainly the case for Massachusetts metalcore veterans, Killswitch Engage. If one traced the lineage down throughout the metalcore […]
Read more

December 7, 2015
Alfredo Preciado
The Plot In You’s frontman Landon Tewers has announced he will be releasing The Xmas EP later this month on December 20th. The latest single off the EP, “Cooped Up”, is now available to stream below.
Read more

ALBUM: Escape The Fate – ‘Hate Me’

October 29, 2015
Matthew Powers
It’s crazy to have watched the Escape The Fate name progress. Through excruciating line-up changes and several different approaches at the end of the day the same band is still standing there, but somehow bigger and bolder each time. This has rang true for four albums and nine years now. Curious listeners in regards to […]
Read more

October 4, 2015
Matthew Powers
A round of applause is in order for For Today. On their latest album, ‘Wake’, they have achieved refinement, but also remained completely true to their core sound. True that as a band they have been content with playing a rather general sound when it comes to their music, but this record attempts to mix […]
Read more

September 23, 2015
Kat Tanaciev
Lana Del Rey has recently dropped her fourth album, titled Honeymoon, which was released September 18th. In comparison to her previous albums, Honeymoon, while still having that bluesy feel everyone has come to love, seems a bit slowed down. Many of the songs on this album are slow and nostalgic, and are missing some of […]
Read more

September 18, 2015
Matthew Powers
When a band takes a leap from their debut album to the follow-up that ends up being so massive you believe the musicians in question possess infinite skill the result is often jaw-dropping. It’s like the sequel being better than the original in a movie trilogy – It doesn’t happen as often as we’d like. […]
Read more

ALBUM: Blessthefall – ‘To Those Left Behind’

September 18, 2015
Matthew Powers
Blessthefall’s latest work To Those Left Behind doesn’t stray far from already-claimed musical territory but does show sides of the band that previously hadn’t been explored. It’s during these moments that the album especially shines. While the heavier moments in songs such as ‘ol faithful album opener “Decayer” and the frenetic title track successfully expand […]
Read more

ALBUM: Bring Me the Horizon – ‘That’s the Spirit’

September 11, 2015
Michael Bird
We’re a long; long way from Count Your Blessings. Deathcore, once upon a time appearing poised to infect the mainstream, is now all but banished to underground purgatory, Suicide Silence its sole surviving genuine heavyweights. But while the genre they’ve long since abandoned decays around them, its one time poster boys Bring Me the Horizon […]
Read more