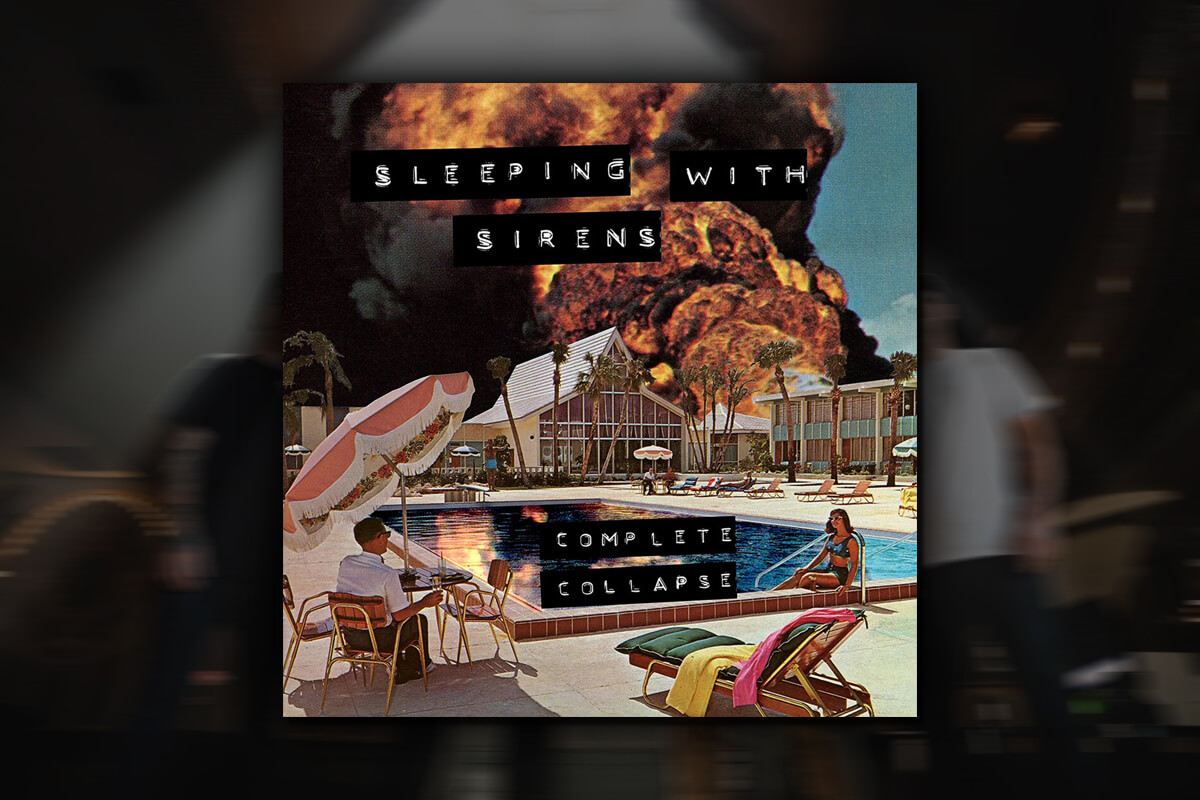 Scene veterans Sleeping With Sirens have returned with their seventh full-length record, entitled ‘Complete Collapse’. It’s their first full release since 2019’s ‘How It Feels to Be Lost’ and the first release with new drummer Matty Best. This album continues the heavier vibes for them from the last record, along with experimenting here and there. It’s fully the catchy choruses and melodies you’d expect from this band, maybe the catchiest they’ve been as a band. And it certainly shows why they’ve been staples in the scene for over a decade at this point.

The record starts off on a fast note, with “Tyrants”. The main riff gives off the southern vibes some heavier bands would use back in the day. It follows with verses where vocalist Kellin Quinn and guitarist Nick Martin trade off lines, which is always nice. This might be one of my least favorites on the record, but it just shows what more the record has to offer after this. The album rolls on with the title track, “Complete Collapse”. This track is a bit more vibey and modern rock in regards to a bit of a mainstream sound, but keeping in line with who the band is at heart. The chorus and melodies throughout this song are pretty great, surprised me when I first heard this as a single. The bridge is also a nice chill section here, before going back into the chorus. The record continues with “Crosses”, featuring Spencer Chamberlain of Underoath. I thought this was a great choice as a first official single to the record, as it brings a nice balance of heavy and catchy overall. It feels pretty reminiscent of the last record, keeping those vibes going and Spencer‘s feature brings a grit factor that this song really shines in those moments. Kellin‘s vocals in the last chorus definitely remind me of why I’ve been listening to this band since 2011. It continues on with “Family Tree”, which might be my favorite on the record off first listen. The intro is pretty boppin’, as it doesn’t lose the momentum with hugely melodic and catchy verses and a chorus that feels like a classic SWS chorus to me. Kellin definitely sings higher on this one, and it’s really effective for everything around it. Also the callback in the bridge to their 2011 song, “A Trophy Father’s Trophy Son”, with “Is this what you call a family?” is something I absolutely loved. 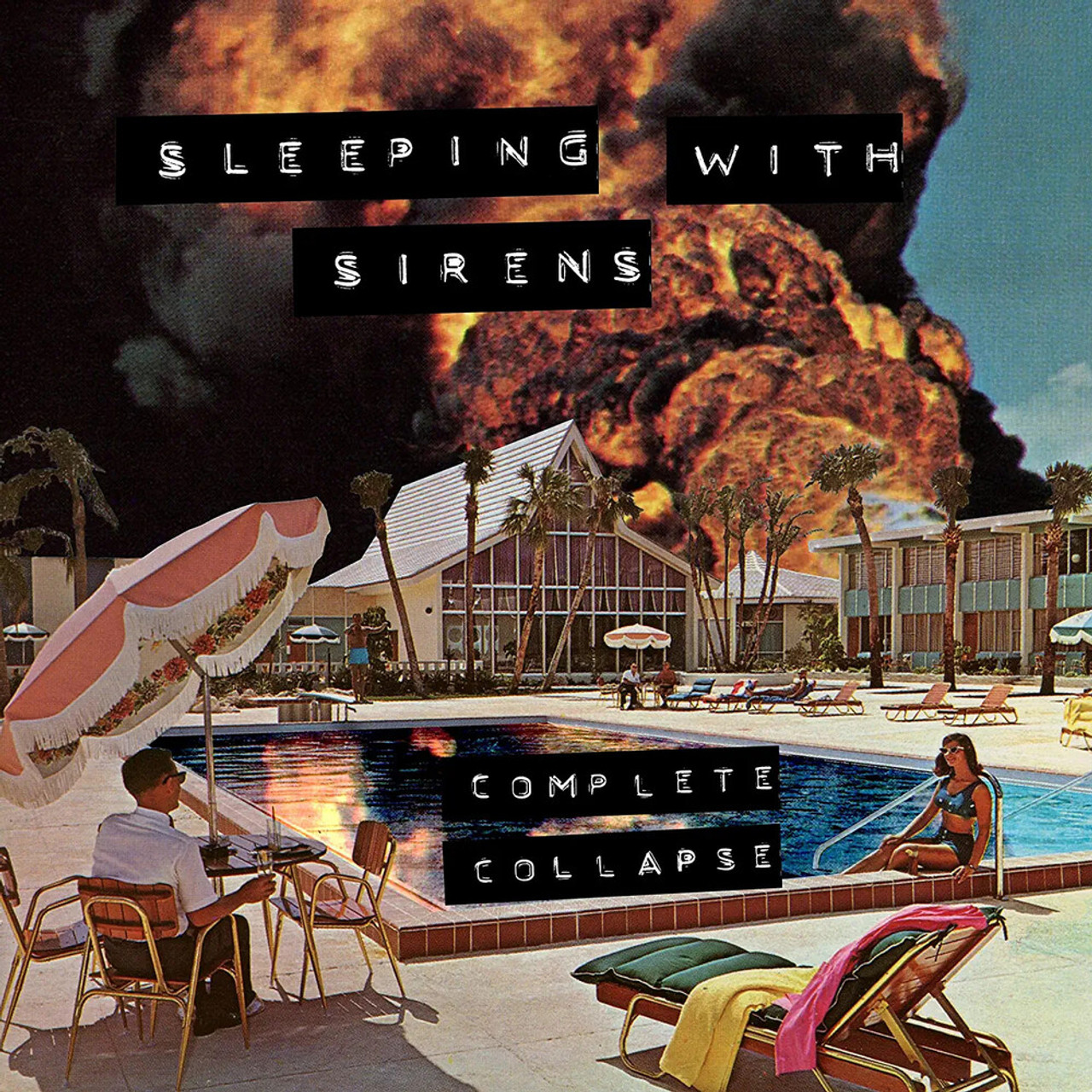 The record hops to “Let You Down”, featuring Charlotte Sands. This song gives off a real nice arena rock anthem vibe to it, with it having a really solid chorus and poppy elements throughout the track. Charlotte‘s feature really meshes well with Kellin‘s vocals, and it makes this a song to remember off this record. They especially go well together as their vocals are both harmonizing and definitely an example of a feature used so well. We then jump to “Be Happy”, featuring Royal & the Serpent. This one probably has one of the best choruses on the record, which says something as that’s a highlight on most of these tracks. This also brings me back to the ‘Let’s Cheers to This’ days, which is probably my favorite record from them. Royal‘s feature on this easily matches with Kellin‘s vocals and the range feels natural on both sides.  The album continues with a more rock influenced track with “Us”, featuring Dorothy. It follows the vibe of the previous track, but Dorothy‘s feature makes the song feel very rock n’ roll influenced. This one’s probably my least favorite off the record, just because I don’t vibe with it as much as the other tracks. But it’s still something to admire of them trying new things this far in their career. The energy of the record marches on with “Ctrl + Alt + Dlt”, which is easily one of the most energy-driven tracks to date. The drums kick off the chaotic nature of this song, and it doesn’t let up for a single moment. The vocal filter over Kellin‘s vocals in the first verse is something I’m not as keen on, but he still sounds great regardless and the breakdown of this track brings the absolute heat.

We’re in the final stretch of the album with “Bloody Knuckles”, which was released as a single early last year. I get a lot of Muse vibes from this song, when it comes to the instrumentals and possibly the time signature the song is in. But the song contains an awesome chorus and another one that feels pretty reminiscent to their last record, something nice to bang your head to on the weekend. The catchiness doesn’t let up either, with “Mr. Nice Guy”. This track’s another good example of this band being able to balance energy and melodies so well, something they’ve done pretty well since the 2010’s. The penultimate track, “Apathetic”, is another one of my favorites from this record. The opening riff is an absolute smacker, followed by some fun verses and a chorus that really brings the best out in Sleeping With Sirens as a whole and how they shine as a whole. The heavy moments in this track also remind me of the more recent Beartooth songs, and them being heavier in these moments is something I don’t complain about. The final track “Grave” brings more acoustic and chill vibes to end the record. It takes me back to their acoustic EP from 2012 and the vibes of that are felt throughout this song. “Why do I carry all this weight when I don’t need it?” is a line that I feel so many of us relate to in our daily lives, and it’s nice when this band can be intimate and personal with this.

Overall, I think many fans of Sleeping With Sirens will enjoy ‘Complete Collapse’ due to it’s super catchy nature and it’s ability to have staying power when it’s put against their other records. It definitely shows why they’re veterans at this point in the scene and why they’re still around, giving us a collection more of iconic and nostalgic feeling songs to this band I’m sure many of us have been following since we were young.

Check out the video for “Be Happy (feat. Royal & the Serpent)” below. 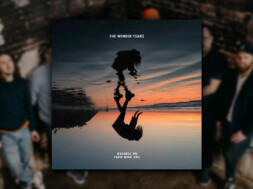