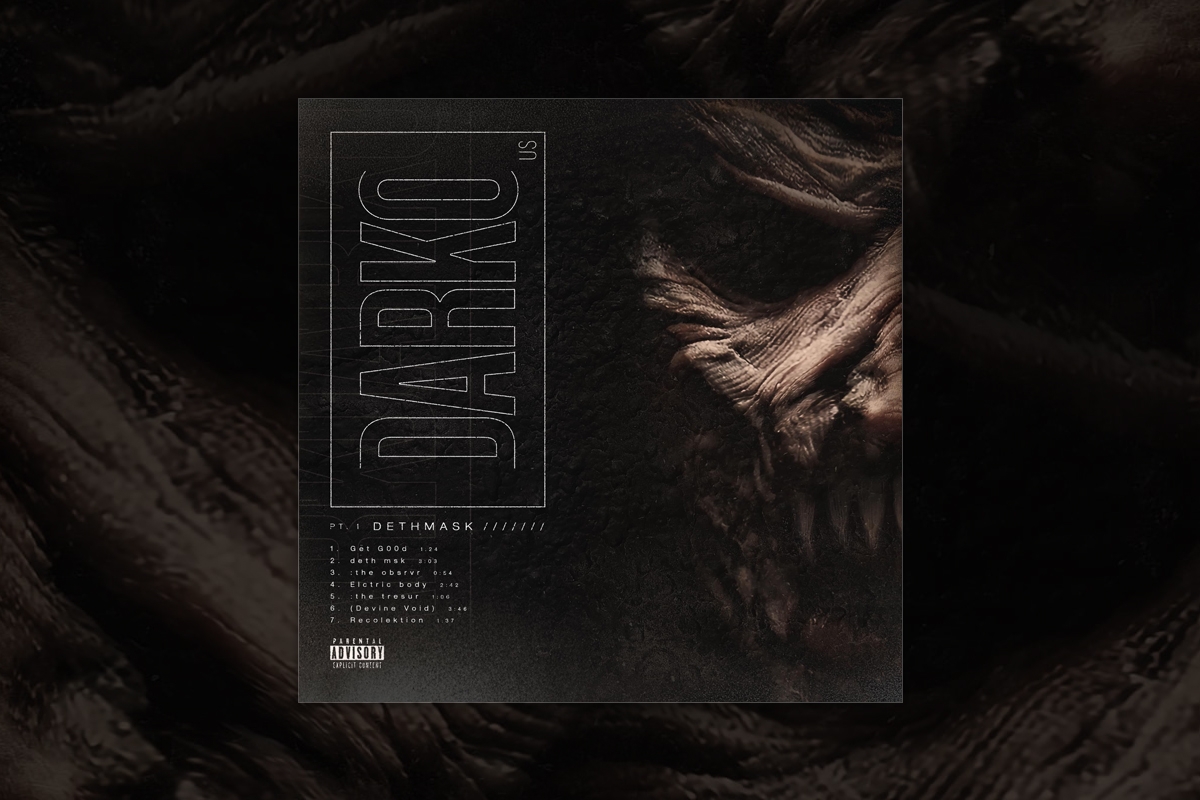 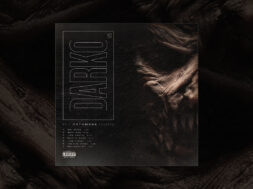 DARKO‘s debut EP is one of the more interesting, brutal spins on deathcore I have heard this year. When I saw the band was fronted by genre all-star Tom Barber and instrumentally composed by Josh Miller, I couldn’t resist letting a big grin slip across my face. Such a combo had major potential. Would it be dissonant? Crushing? LOUD? D. All of the above? If D. is an option on a multiple choice test, it’s usually the correct choice. How fitting then that the EP’s title, Dethmask, begins with D. No trick questions here.

The moment I realized this potential was fulfilled was when I took in the band name the moment the final track, “Recolektion” (which is one of 3 interlude pieces) faded out. DARKO, as in Donnie Darko, (the cult 90’s flick that may as well double as a psych ward) seems to be where the name is derived from. And if that is the case, the trippy, foreboding nature of Dethmask is all too fitting. The pacing of the EP is particularly interesting. It messes with the listener’s mind by fitting 3 interludes in, one abruptly after the first 2 consistently brutal tracks (“the obsrvr”) , one tailing the next track (“the tresur”) and one to close the EP out (“Recolektion”). The only other band I could think would do such a thing and get away with it was Slipknot. If done incorrectly, I would have pegged such a bold decision as an annoyance. On the contrary however, the abundance of interludes gives Dethmask a unique flow. The moments of distorted payphone speaker dialogue, unsettling screaming from an unfortunate victim, and tense atmosphere offset the guttural growls and squeaky, squealing guitar sounds effectively.

On a rainy day, one could almost consider the band’s approach industrial and indeed, Dethmask owes as much to KoRn and Slipknot as it does to Nine Inch Nails and Static X. Opener “get g00d”, the title track and “Devine Void” all exemplify this while “elctric body” piles on the stumpy nu metal trimmings.

The deathcore fusion of stop-start rhythms and abrupt breakdowns with the eerie samples and overarching darkness is what sets DARKO apart and makes their future look, and even more so sound, rather bleak. And I mean that as a compliment. Dethmask has a short stay at just under 20 minutes, but its ambition leaves a lasting impression and certainly generates interest.