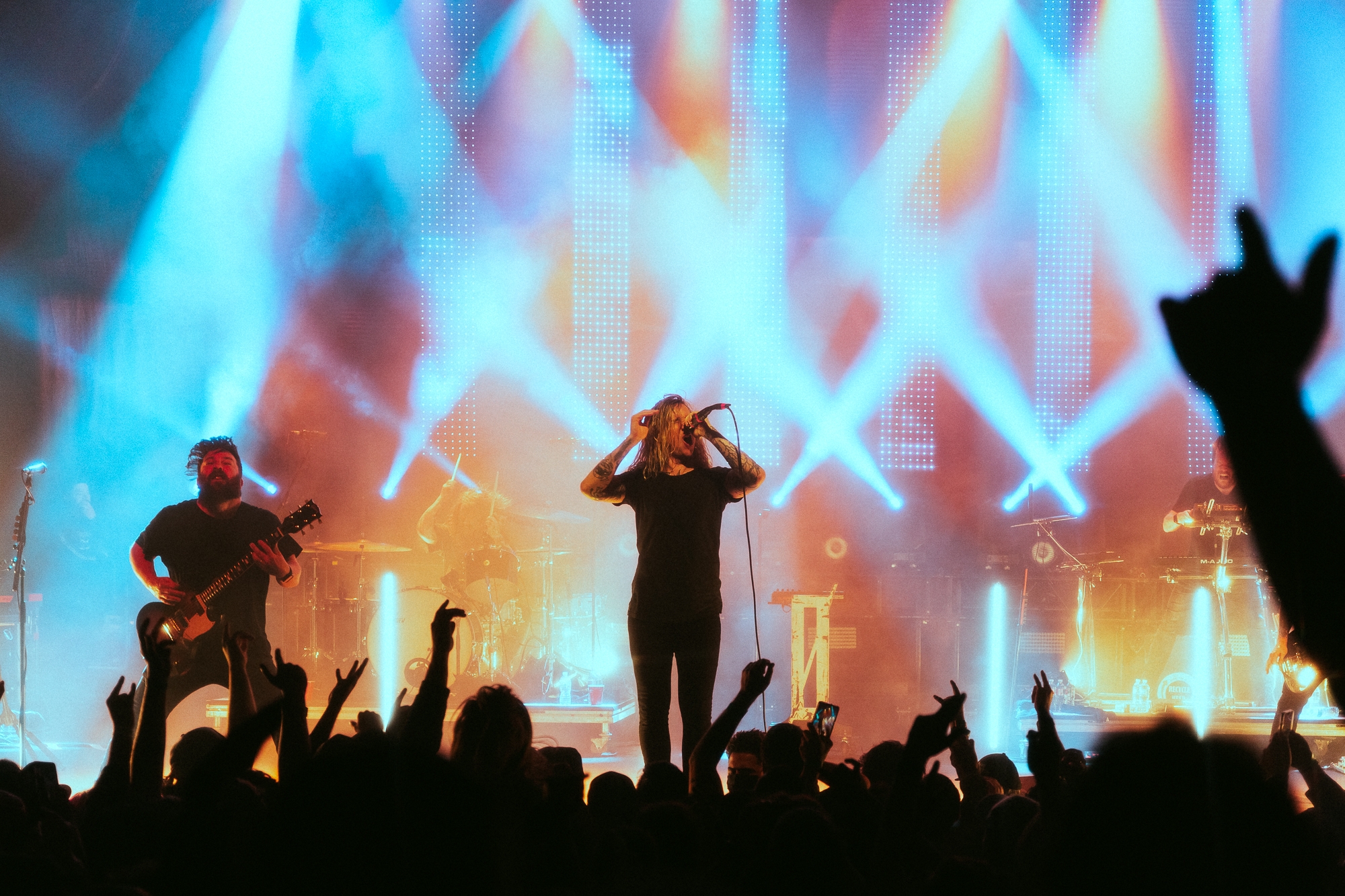 After nearly 900 days since their last tour, the legendary Florida six-piece Underoath have embarked on their first headlining tour since 2019, the ‘Voyeurist’ Tour, in support of their recently released ninth studio album of the same name. The tour made its way to The Warfield in San Francisco on February 26, bringing along for the ride with them Spiritbox, Bad Omens, and Stray From The Path. 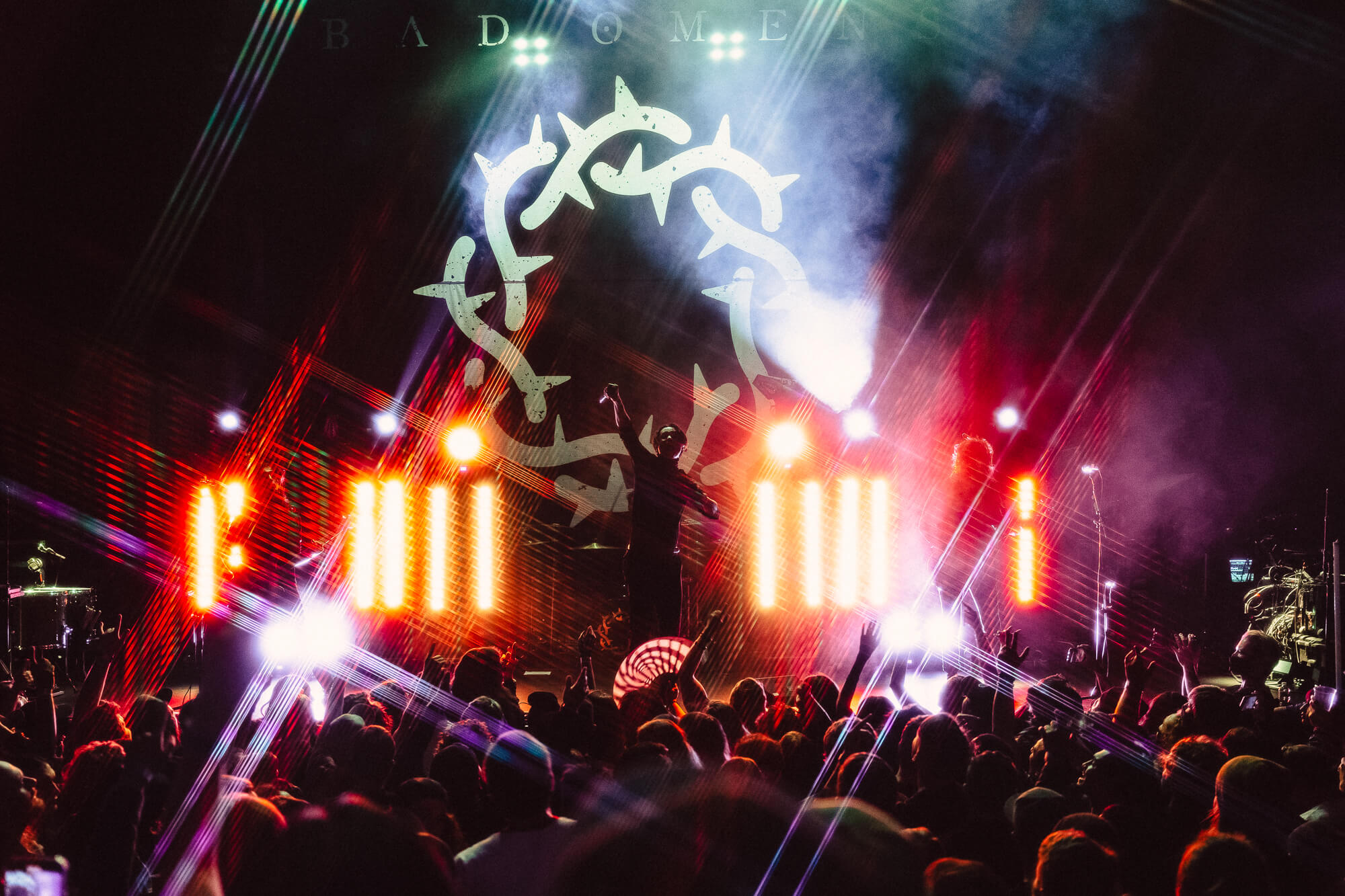 Fresh off the release of their third studio album ‘THE DEATH OF PEACE OF MIND’ which dropped a day prior, Bad Omens frontman Noah Sebastian took the stage opening with the title track of the album as the rest of the band slowly followed suit. Intently set on introducing the crowd to the world that is ‘TDOPOM’, Bad Omens followed up with a string of performances of the album’s other singles “ARTIFICIAL SUICIDE”, “Like A Villain”, and “What do you want from me?”. The back end of the set list featured performances of fan-favorite tracks “Never Know” and “Limits” before closing out the set with “Dethrone”.

Having been a long-time fan of the band, it has been exciting to see the progression in their live shows. Frontman Noah Sebastian looks more comfortable on stage than ever before and has never sounded better. With the mainly positive reviews ‘THE DEATH OF PEACE OF MIND’ has been receiving, we’re not far off from seeing Bad Omens take over the modern metalcore scene. 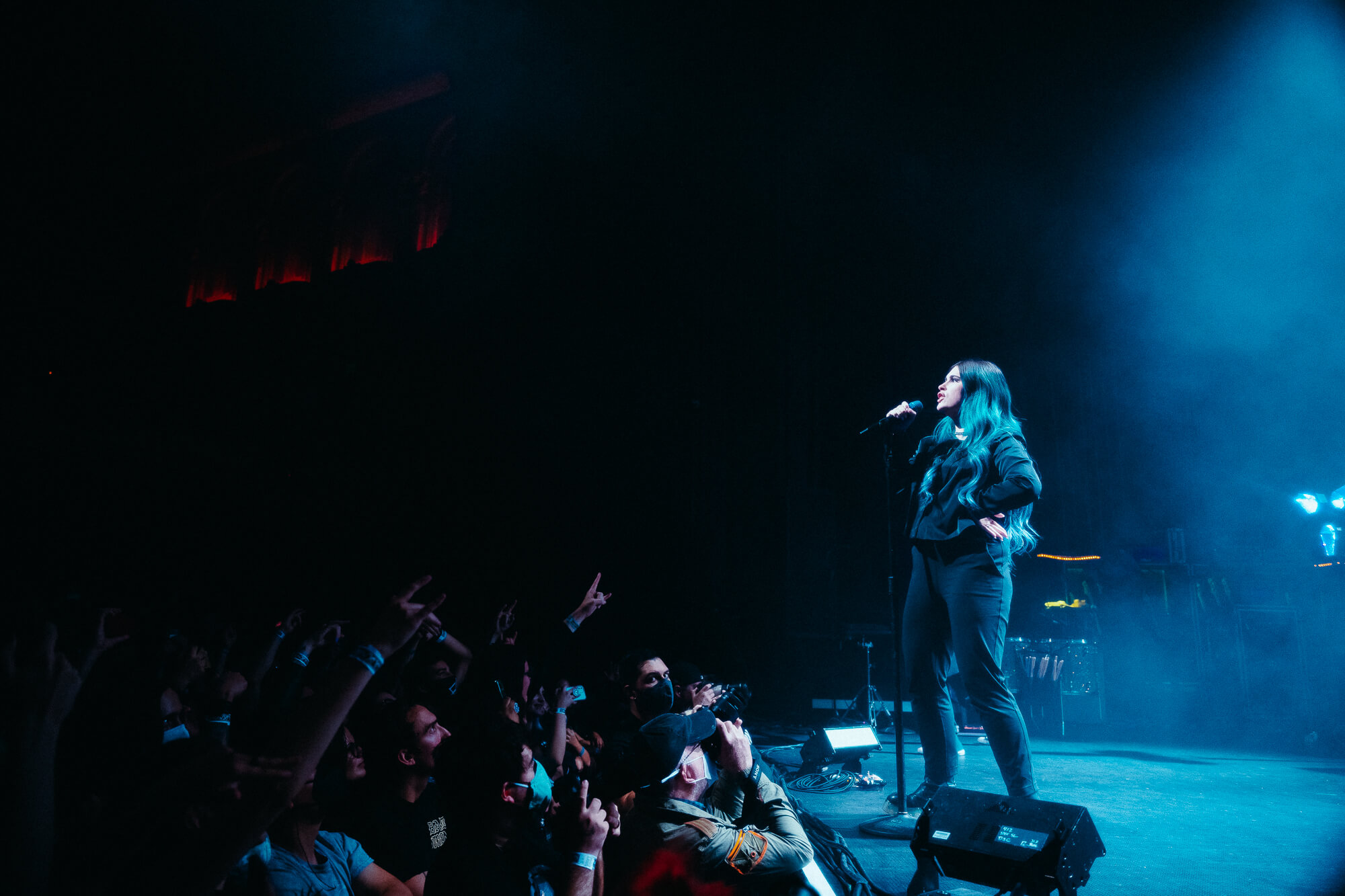 I struggle to think of a band with a meteoric rise as significant and monumental as Spiritbox. With their catapulted success happening at the height of the pandemic and along with the release of their debut studio album ‘Eternal Blue’, anticipation was at an all time high for a cross-country run. After the unfortunately cancelation of their tour with Limp Bizkit, the (now) four-piece British Columbian metalcore act have found themselves directly supporting Underoath.

Kicking things off with “Rule Of Nines”, the crowd erupted as frontwoman Courtney LaPlante took center stage. “I was gonna come out here and talk some tough guy shit, but instead you showered me with the gift of tears and happiness, so never mind,” the birthday girl said as she received a bouquet of flowers from the San Francisco crowd. The short six-song set also featured performances of “Circle With Me”, “Blessed Be”, “Hurt You”, “Holy Roller”, and their closer “Eternal Blue”.

With this being one of their first tours following the release of ‘Eternal Blue’ and with a number of major festival appearances already booked for 2022, it is only up from here for Spiritbox — and we can’t wait to see it. 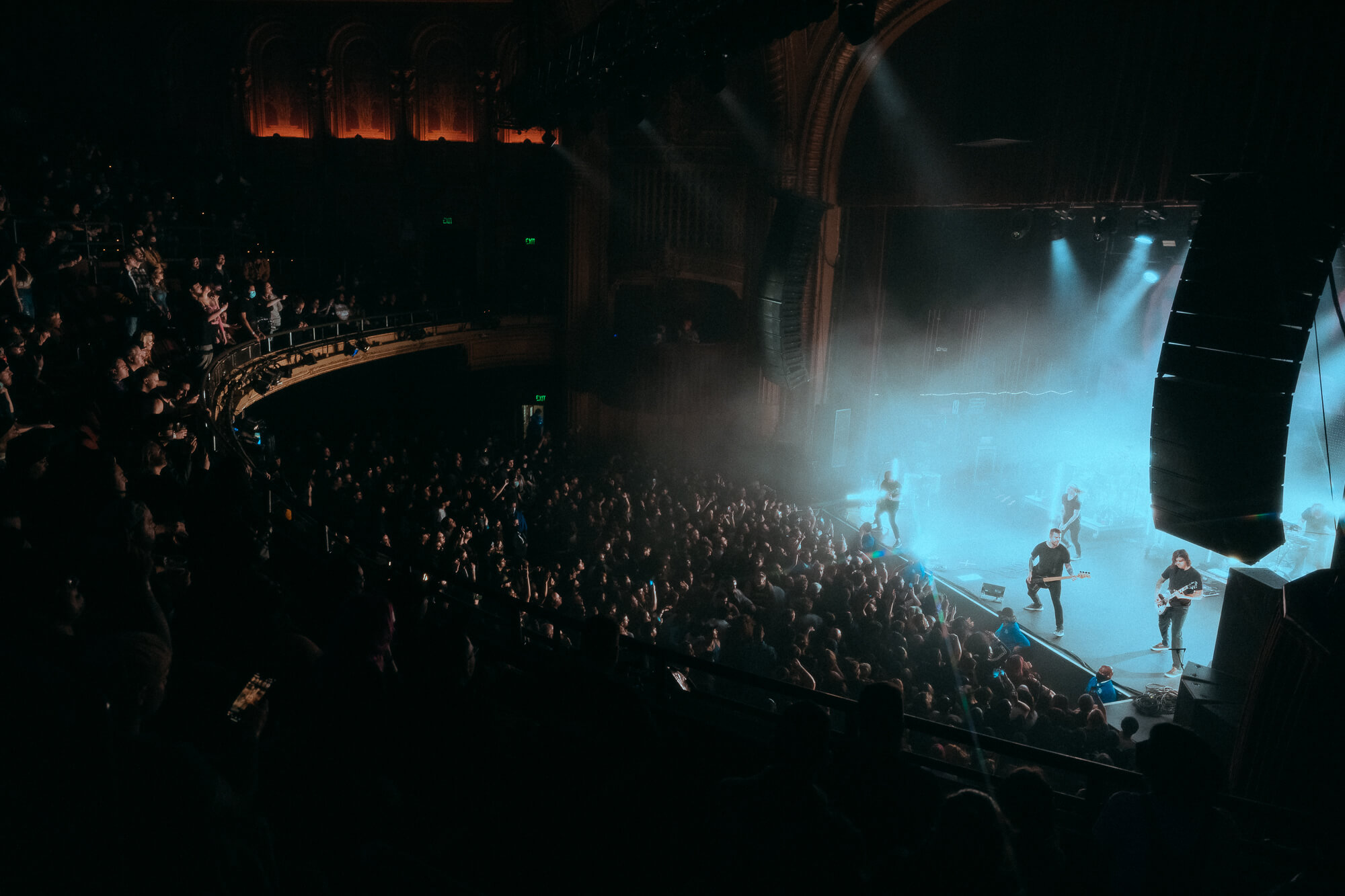 At around 9:30 sharp, a masked hooded figured appeared on stage welcoming everyone to the ‘Voyeurist’ Tour. In one of the most interesting ways to open a set, this unknown figure urged those in attendance to recognize that we were all gathered at this location due to a series of events that led to this particular moment before guiding the crowd through a series of breathing exercises.  Immediately after this, Underoath exploded onto the stage with a performance of ‘Voyeurist’ lead single “Damn Excuses”.

The high energy 75 minute set catered to both old and new fans alike performing fan-favorites such as “On My Teeth”, “Reinventing Your Exit”, “A Boy Brushed Red Living In Black And White” and “It’s Dangerous Business Walking Out Your Front Door” while also mixing in ‘Voyeurist’ singles “Hallelujah” and “Pneumonia”. UØ closed out their set with encore tracks “Thorn” from ‘Voyeurist’ and “Writing On The Walls” from their 2006 record ‘Define The Great Line’. All of this accented with a mesmerizing light show and a perfect duo vocal performance by co-vocalists Spencer Chamberlain and Aaron Gillespie.