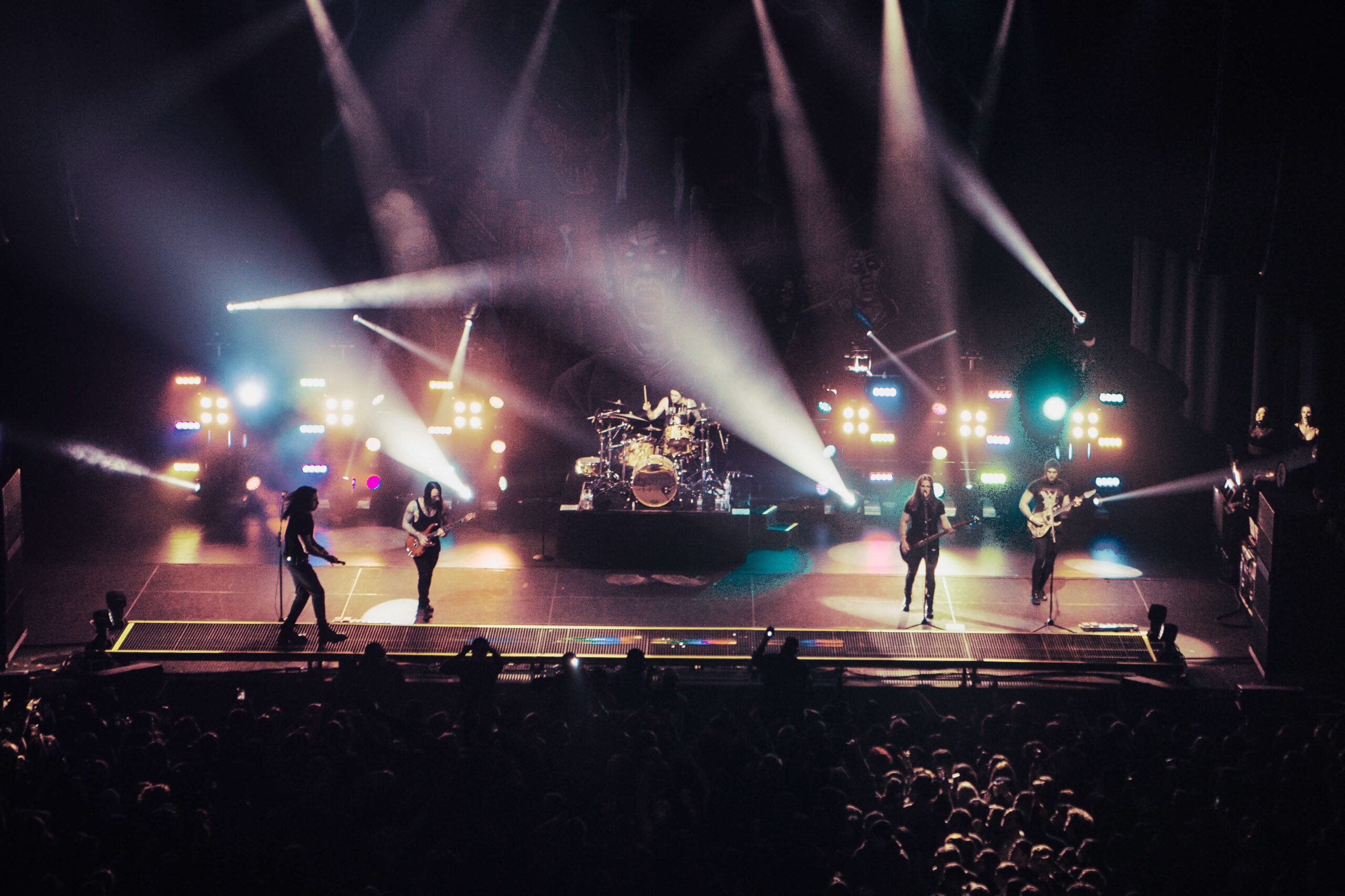 After Falling In Reverse’s ”Live From The Unknown” live streams, the band hit the road for their headlining ‘Live From The Unknown tour’ just last week having a diverse lineup with Jeris Johnson, Hawthorne Heights and Wage War. The tour came through the east coast and hit the nearly sold out Hammerstein Ballroom in New York City. The entire lineup had such high energy and the crowd going even the balcony was on their feet!

Oregon solo artist, Jeris Johnson took the stage first with such high energy as this is his first tour ever he did not disappoint. Johnson and his drummer Blackswan made sure to keep the crowd hyped playing songs from his EP ‘My Sword’ including “Last Resort (Reloaded)” which had the whole crowd participating, not to mention his stage appearance bringing out a sword just added on to the excitement.

Next on the bill was Ohio’s very own Hawthorne Heights. Playing a wide variety of songs including “Constant Dread” from their 2021 album ‘The Rain Just Follows Me’ to the classic “Ohio Is For Lovers” from their 2004 album ‘The Silence In Black And White’. The fans in attendance were astonished by the performance and screaming the lyrics to their encore.

Next up came Wage War, playing some songs off their latest album ‘Manic‘ released back in October and previous songs including “Alive” off their very first record ‘Blueprints’. Wage War had the whole crowd up and moving the entire set, circle pits going and a ton of crowd surfing. Needless to say they absolutely tore the roof off the building.

Last but not least Falling In Reverse took the stage, from the moment they came out playing a huge range of songs including “I’m Not A Vampire”, “Guillotine IV (The Final Chapter)” and even covers from the frontman Ronnie Radke’s old band such as “Situations” and “Not Good Enough For The Truth In Cliche”. The crowd was ecstatic the whole set even on their latest single just released over two weeks ago “Zombified” the crowd sang it loudly word for word.

Check out the full gallery of the night below shot by photographer Christian Maravelis below.