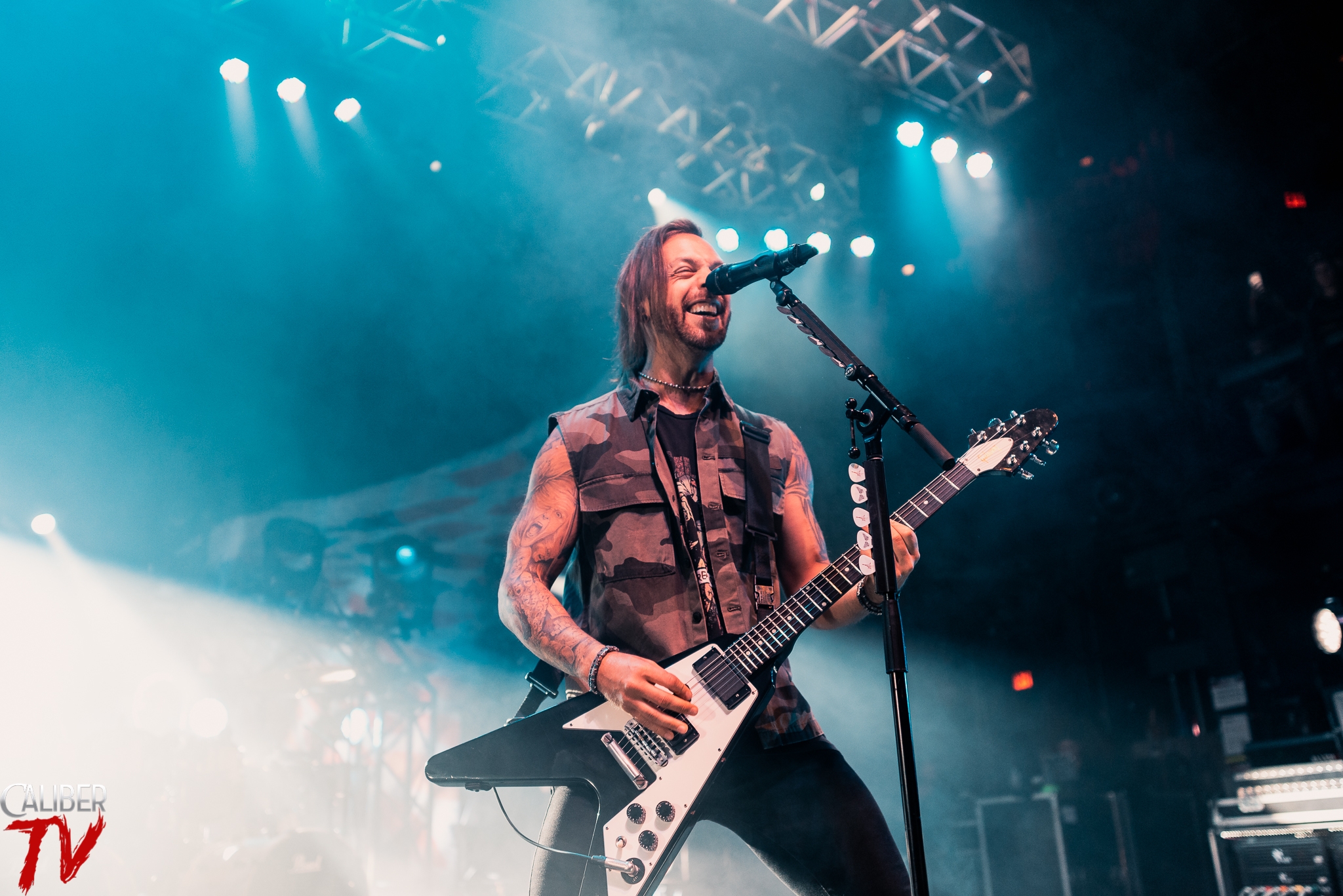 The Fillmore in Silver Spring, MD hosts yet another monster tour but this time with Bullet For My Valentine, Trivium, and Toothgrinder to kick it off. Check out the gallery below as Luis Rosales was there for the insanity.

Toothgrinder takes the stage first tonight in Silver Spring as they had to unusually their stage. They were forced to set up their drums on the far left due to Trivium and Bullet For My Valentines production that took up most of the stage. Another difference was singer Justin Matthews coming on stage in a full suit which had some people talking in the crowd. However that suit didn’t hinder his performance at all. Right from the start, he jumped off stage and made his way over the barricade to sing with his fans. They played a fairly short set which lasted about 30 minutes but played a fantastic show to start the night.

As part of this co-headliner show, Trivium stormed the stage to open with “The Sin And The Sentence” from their latest album. Their production was as expected which was phenomenal to say the least. They brought their own lighting which had them beautifully lit from behind with a wide range of colors. Right from the start, bassist Paolo Gregoletto was running across the stage and showing the most energy of them all. Matt Heafy is an incredible frontman as he was able to control the crowd with ease getting mosh pits, circle pits, and even a wall of death started. About halfway through their set, Trivium busted out “Strife” which with the intro alone sent the fans into a frenzy. With every passing song, the crowd got increasingly intense with crowd surfers. They closed out the night with “In Waves” which Matt does his thing getting the crowd to crouch down and once the drop happens, everyone jumps and loses their mind. Trivium never disappoints as they put on a perfect set which everyone would remember.

Closing out the night that brought back memories to many in the crowd, Bullet For My Valentine as they opened with “No Way Out” and “Your Betrayal.” The first thing to pop out from their set was the amazing amount of production used for this tour. They had an entire wall of lights that blocked off the backdrop. All of these light were absolutely beautiful with the combination of house lighting. Song after song, fans were loving every minute of it. Everywhere you looked, there wasn’t a single fan that wasn’t moving. The band sounded flawless, every note was hit perfectly and guitar solos were nailed with precision. The band used this opportunity to promote their new album coming out the following month which they played a song off of. Bullet For My Valentine finished off the night with “No Way Out” and “Tears Don’t Fall” and “Walking The Demon” during their encore. With a closure like this, it left fans wanting so much more. Bullet For My Valentine definitely left their mark for this nearly sold out show here in Silver Spring.