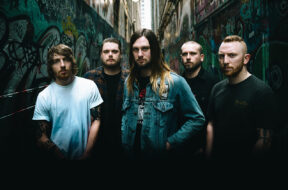 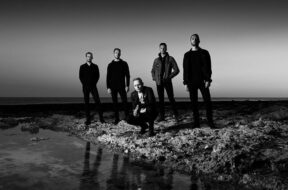 October 20, 2018
Alfredo Preciado
Less than three weeks away from the release of their highly-anticipated new record Holy Hell, Architects have released a documentary titled Holy Ghost. The documentary covers the events following the tragic loss of guitarist/founding member Tom Searle, interviews during the writing and recording process of Holy Hell, and also features live footage of the band’s massive, sold-out show at London’s Alexandra […]
Read more

February 18, 2016
Alfredo Preciado
Of Mice & Men have announced they will be releasing a documentary titled The Full Circle Story which details the band’s last two years since releasing their latest album Restoring Force. Check out the trailer now below.
Read more

November 5, 2015
Alfredo Preciado
5 Seconds Of Summer have announced they will be releasing on November 20th. Check out the trailer and description of the DVD below. ‘How Did We End Up Here?’ takes you through an up close and personal journey of how 5SOS have become one of the biggest bands today. The film includes all-access documentary footage […]
Read more