In celebration of their newly dropped album, Miss May I went out on their headlining tour with support from Upon A Burning Body, Kublai Khan, Currents, and Maryland locals, In Dying Arms. Check out the gallery below as our photographer Luis Rosales was there to put these photo together.

Up first on the bill was Maryland natives, In Dying Arms, as they put on an eclectic set to start off. The energy from everyone in the band was amazing to watch. A lot of hair being thrown around as the head banging was going on in unison. Each member gave off an impressive amount of showmanship unlike most bands that have member that would just stand there. After what seemed like a short 20 minutes, it was time for In Dying Arms to end their set. 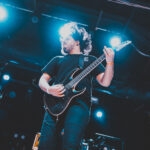 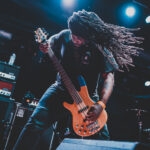 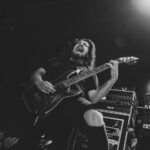 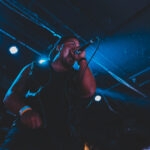 Currents is up next with their melodic, progressive sound taking over Soundstage. With only 25 minutes, Currents wasted no time making fans groove along and throwing themselves up to crowd surf. Fans really seemed to respond to Currents everywhere you look. The band themselves weren’t as active on stage but with riffs as complicated as they were playing, you can’t blame them. From the screeching highs to the gutturals, this was one of the most intense sets of the night. 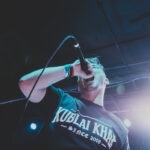 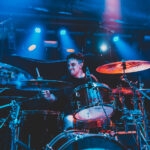 Kublai Khan cane storming the stage with one of the hardest intros that triggered fans to violently mosh and throwing themselves up as security scrambled to catch them. Their guitarist let out as he had so much built up rage with his kicks and throwing fists all set long when he could. Their production wasn’t extravagant as they had a pretty dark set with a lot of strobes. The set all together was destructive as they brought their all tonight. 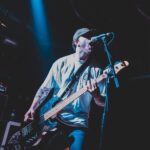 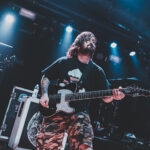 Known for being one of the most hyped bands on this tour, Upon A Burning Body took over Soundstage opening with “B.M.F.” letting everyone know they came to party. Fan interaction was definitely at the top for this set seeing as they were jumping a lot and singing along to almost all the lyrics. To make their set last longer, UABB steps off stage multiple times with background sounds such as fire burning with the wind blowing. Their production was very eye catching with their smoke cannons in the back plus the heavy use of strobes throughout.  The band brought out some old favorites such as “Intermission” where the crowd sang every word and threw their hands up for every chant. Upon A Burning Body played an amazing set as they finished in about 45 minutes. 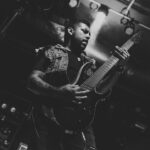 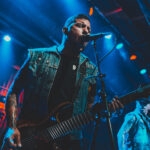 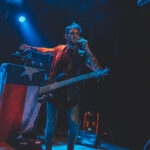 Miss May I was up next as they recently released their latest album Shadows Inside. The band kicked off their set with the title single “Shadows Inside” and went on to play “Deathless,” and “Masses of a Dying Breed.” They had the most production of the night with their smoke machine filling the venue with smoke and powerful lights beaming through.  During the set, bassist Ryan Neff broke a string and scrambled to get a new string on during the set. Singer Levi Benton was being his energetic self as always as he whipped his hair and jumped around the entire set that would normally tire anyone out after a few songs, let alone an entire set. Fans responded to every song with just as much energy jumping the whole time and and screaming every word. Crowd surfing and moshing was encouraged by Levi as he told everyone in the middle of the room to go crazy.  As the night went on, the crowd was as alive as the beginning of the show. Miss May I put out a spectacular sold out show in Baltimore that no one would forget, especially Ryan Neff as he was celebrating his birthday the same night. 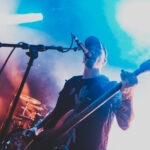 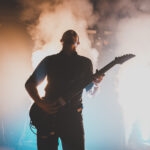 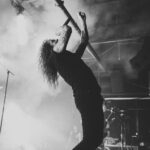