FEVER 333 have announced a series of April tour dates and festival appearances with more “d333monstations” to be announced next week. Check out a list of available dates now below.

Earlier this week, FEVER 333 was announced as one of the opening acts for the upcoming Korn/Alice In Chains co-headlining tour which also features Underoath as direct suppport.

RELATED: FEVER 333 UNLEASH “ONE OF US” MUSIC VIDEO 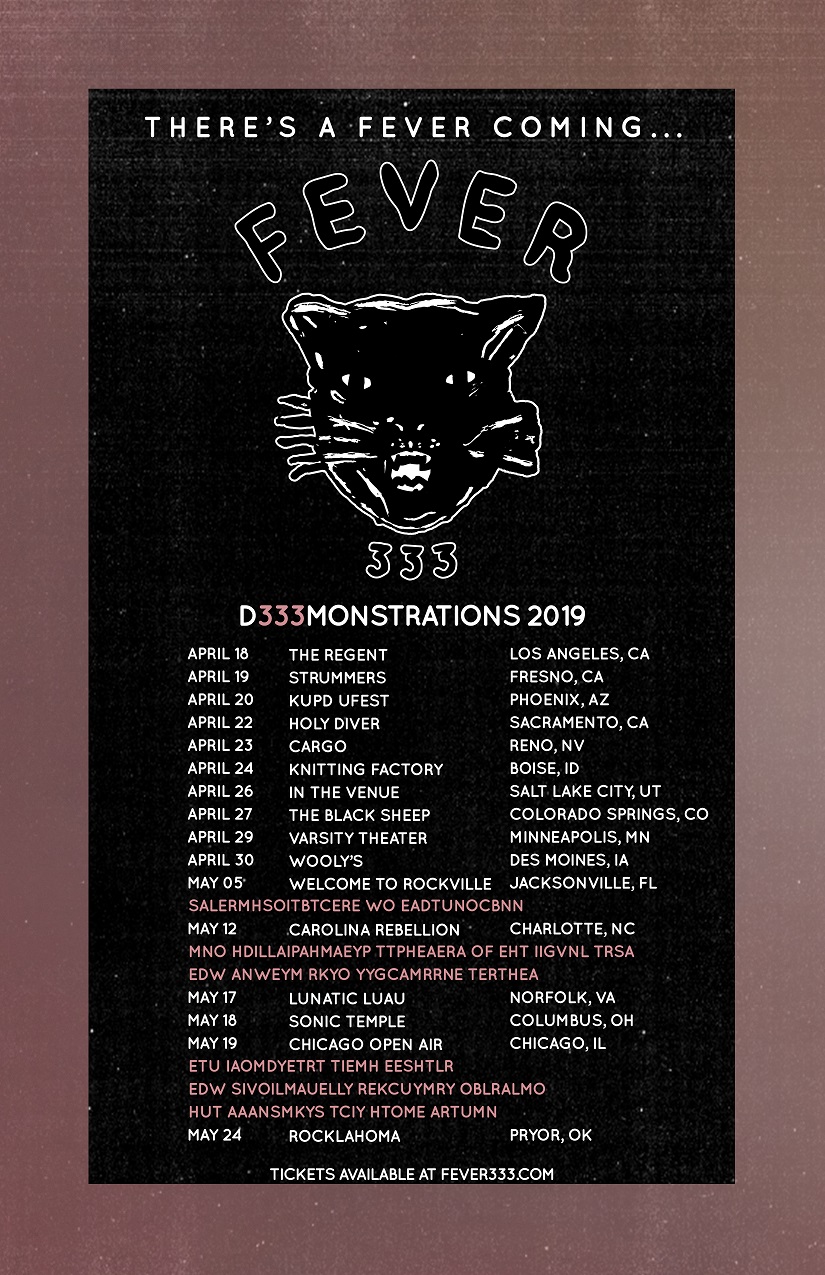